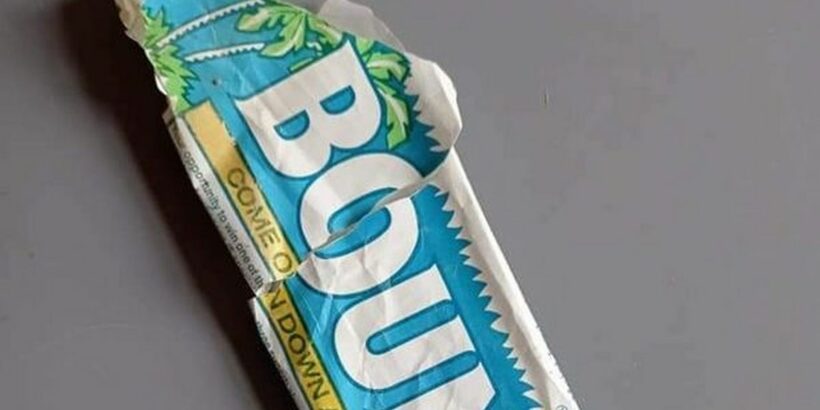 A man was gobsmacked to find a fully intact Bounty wrapper from the 1980s on a beach in Wirral.

The incredible find was discovered by Julian Priest, on Hoylake beach on April 26.

Julian says he regularly picks up litter on his walks but he knew this discovery was unusual.

He said: ”It was picked up on Hoylake beach far out by the low tide line.

"Suspect it had been buried in the sand for years. Otherwise, UV from the sun could have faded the printing more or sand and wave action would have rubbed the printing off the plastic.”

He took a picture of the wrapper and discovered that the price was just 22p and it had a best before date of 1988.

Now a bar would set you back around 60p.

Julian compared the old wrapper to Bounty’s current ones and found that some of the ingredients had changed slightly.

However, its size had stayed roughly the same at 57g.

Bounty is manufactured by Mars Inc and was first introduced in the UK and Canada in 1951.

While interesting, Julian added that the wrapper is an example how long plastic is able to survive in our environment and shows us an important lesson about littering and single-use plastic.

He said: "That is a litter collection from just one tide line beach walk.

"Majority of that bag was full of metalised plastic helium balloons that get released by mistake float off up high in the sky, out to sea, then a few days later, once enough helium has leaked, they drop into the sea, then the tidal currents wash them up onto our beach.

The Huffington Post looked at the the reusability of plastic chocolate bar wrappers and found that they currently cannot be recycled.

However Mars as said that they are "committed to working towards 100% reusable, recyclable or compostable packaging by 2025 or earlier".