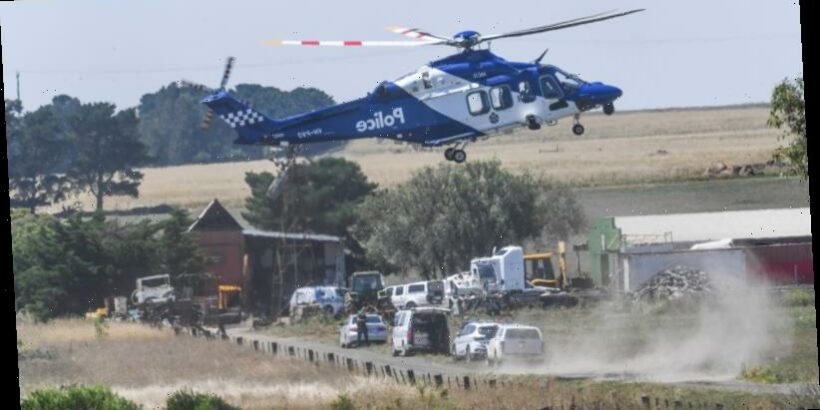 A man is dead following an explosion at a property north-west of Melbourne.

Emergency services were called to Troups Road South in Fieldstone, near Truganina, after reports of a chemical drum explosion shortly after 12.40pm on Monday. 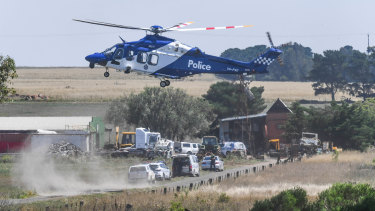 Emergency services are responding to a chemical drum explosion.Credit:Joe Armao

A police spokeswoman said the man has been working at the Troups Road farm when the explosion occurred.

“CPR was commenced however the man died at the scene,” she said.

“Police will prepare a report for the coroner.” 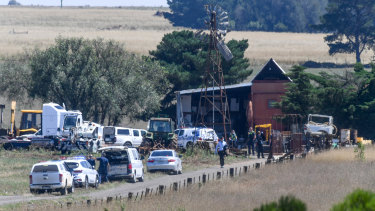 A man has died in a suspected chemical explosion at Troups Road South in Truganina. Credit:Joe Armao

Aerial footage of the scene shows police, paramedics and firefighters at the rural property which houses shipping containers, forklifts and a number of large sheds.