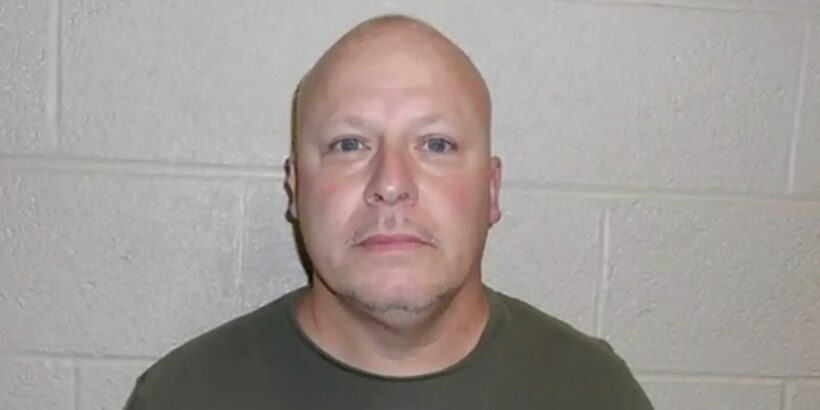 An virtual school lesson was in shock after a step-dad allegedly rubbed his genitals on the back of his teenage step-daughter’s head.

The teacher and 39 classmates of the Ohio Virtual Academy are said to have witnessed the incident in the live remote lesson with the school reporting the incident to the police.

The 16-year-old girl's stepfather has been named as David Lowe, who is already a registered sex offender, who was subsequently arrested in Ohio before being charged.

The alleged incident occurred on September 28, according to local TV channel 19 News.

Lowe was charged with sexual imposition, according to police, while he has already denied the charge and is currently free on a $50,000 bond.

Lt. Tom Walker with the Berea Police Department told the station: “The Ohio Virtual Academy reported to our department that a female high school student was attending class online at her home in Berea when a male identified as her stepfather came up behind her wearing only his underwear and rubbed his crotch against the back of her head."

He added: “The teacher seeing this obscene behaviour reached out to our department and knowing that the student was attending online here at her home in Berea and made us aware of what she had seen.”

Lt. Walker urged people if they "see something, say something".

He added: “As law enforcement officials, it’s our job to protect the children in our community and we want to be aware of any obscene behaviours that occur like this.”

The Ohio Virtual Academy are offering students access to counsellors following the incident, they confirmed to 19 News in a statement.

Kristin Stewart, the head of the school, said: “Ohio Virtual Academy is aware of the unfortunate incident last week and immediately reached out to the parents and the appropriate authorities.

“As a rule, OHVA always offers students access to licensed school counsellors and the availability of outside clinical staff through our partnership with Syntero for any further mental health supports needed by students.”