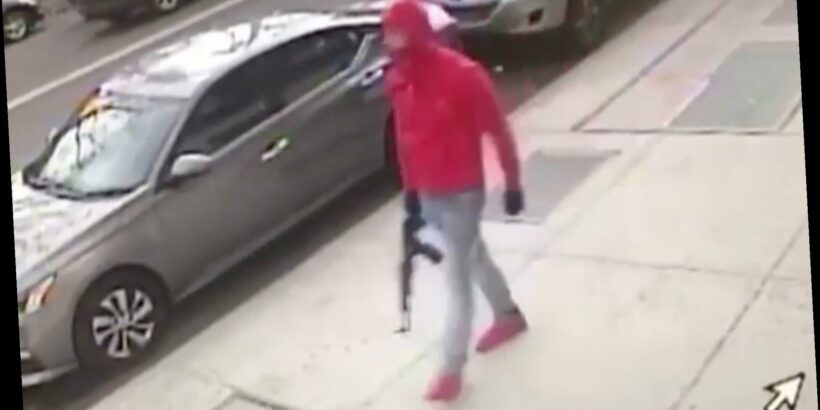 MTA bus smashed up after removal from Bronx overpass

NYPD boss to be transferred after relationship with underling

The man walked on Webster Avenue in Olinville around 3:30 p.m. Thursday, carrying a black assault rifle with a high-capacity magazine, video released by the NYPD early Friday shows.

He never fired the weapon or pointed it at anyone, but caused “fear and alarm” among bystanders who spotted him, according to cops.

The suspect, last seen walking toward East Gun Hill Road, has a medium build and is about 6 feet tall, cops said.