Joiner, 22, accidentally stabbed himself to death ‘because he thought he was wearing a stab-proof vest’

A young man knifed himself to death in the mistaken believe that the jacket he was wearing was ‘stab-proof’.

Jordan Easton, 22, from Thornaby, Teesside, was sitting in the kitchen of a friend’s house when he decided to test the lifesaving properties of his top on August 23 last year.

Teesside Coroner’s Court  heard Easton died of a single stab wound to the chest after being rushed to the University Hospital of North Tees in Stockton.

Jordan Easton, 22, from Thornaby, Teesside, was sitting in the kitchen of a friend’s house when he decided to test the lifesaving properties of his top on August 23 last year

According to Teesside Live, assistant coroner Karin Welsh said: ‘While in the kitchen, he took hold a knife to demonstrate it was stab-proof and sadly realised it wasn’t the case.’

The inquest heard medics battled to save Easton’s life but were unsuccessful.

DS Butcher said the witness statements taken all tallied with each other and the relevant evidence such as toxicology results.

Easton’s mother Alison Price told the hearing: ‘It’s more possible if it was bravado, showing off in front of lads, but where a mother and a young girl were, it’s out of character for him. I can’t absorb it.’

She said it was impossible that her son would have deliberately wanted to take his own life.

Ms Welsh recorded a verdict of death by misadventure ascribing the incident on ‘the foolishness of youth.

She then sympathised with the joiner’s family adding: ‘I can’t begin to imagine what you are going through.’ 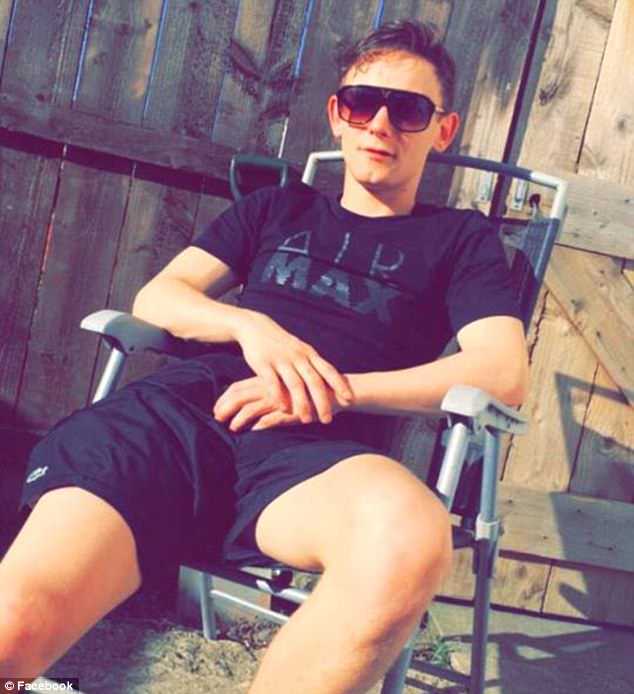 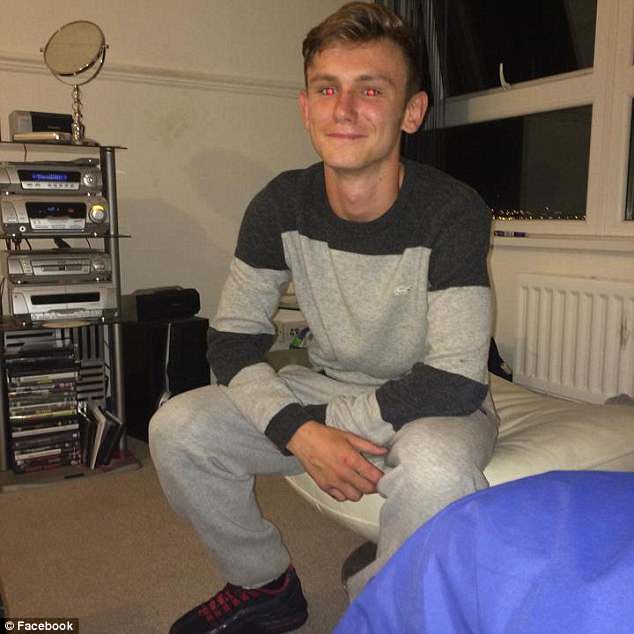 The inquest ruled Easton, pictured, had not intended to take his own life