Husband is tied to a tree as his wife and daughter, 15, are gang-raped at gunpoint by mob of 20 youths in India’s latest shocking sex attack

A doctor was tied to a tree by a mob of 20 youths who allegedly gang-raped his wife and 15-year-old daughter at gunpoint in India’s latest shocking sex attack.

The family were travelling home on a motorcycle after closing the man’s clinic in Gaya in the northeast Indian state of Bihar on Wednesday evening.

But as they passed through a deserted stretch of road near Sodiha village at around 8pm, the family were surrounded by a group of 20 armed youths.

When the men assaulted the mother and daughter, the doctor fought back but was overpowered, he told police, according to the Times of India. 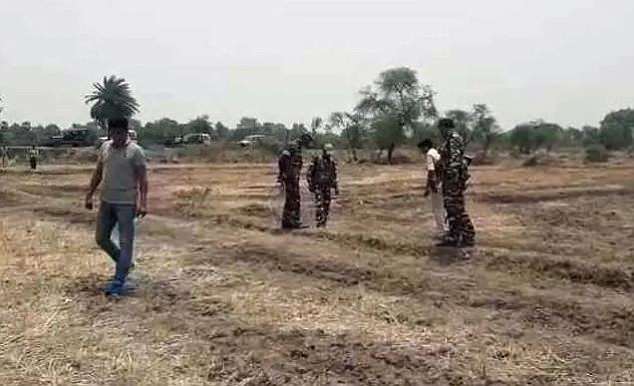 The men tied him to a tree then raped his wife and daughter, police said.

Bihar police said the woman had identified two of the 20 men detained.

Eleven of the suspects were arrested on Wednesday evening with the remainder taken into custody on Thursday.

Villagers helped police catch the suspects by putting roadblocks in place to prevent them getting away, NDTV reports.

Police inspector general Nayyer Hasnain Khan said that during the investigation, it emerged that before this incident, the same group of youths had stolen cash and mobile phones from students passing through the village. 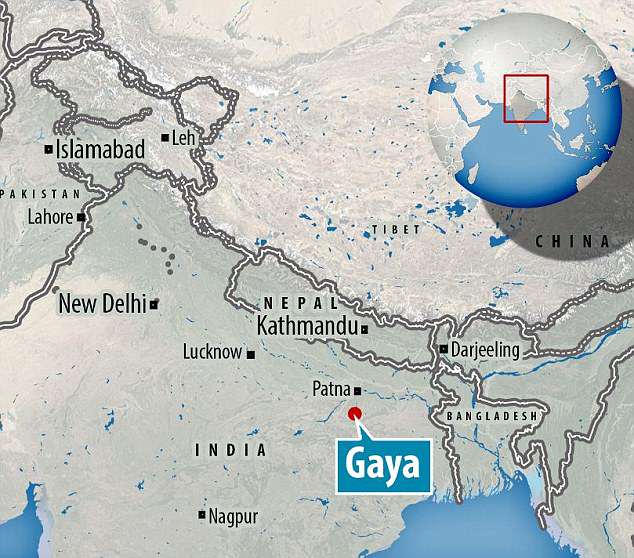 As they passed through a deserted stretch of road near Sodiha village in Gaya at around 8pm on Wednesday, the family were surrounded by a group of 20 armed youths

‘The three were passing through Sondiha on a motorcycle when they were waylaid by youths carrying firearms,’ he said.

‘They raped the mother and the daughter after tying the father to a tree.’

India has a grim record of sexual violence, with nearly 40,000 rape cases reported across the country in 2016.

But campaigners say the true figure is likely to be much higher given the social stigma around victims of sexual crimes.