A MAN is trapped upside down in a 270ft chimney this morning – sparking a huge helicopter rescue mission in Carlisle.

The man's legs can be seen dangling out of Dixon's Chimney with locals claiming they heard "wailing" last night. 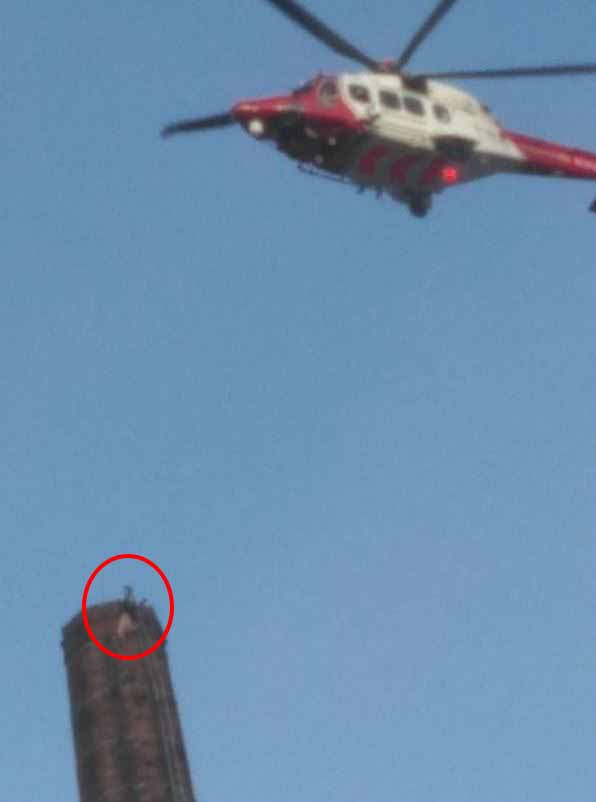 And the rescue mission is now underway with footage appearing to show figure, upside down with his legs in the air, at the top of the chimney.

Local Scott Mattinson, 24, told the News and Star: "We heard a noise at about 10.30pm last night – some sort of wailing; like something in distress.

"We thought nothing of it at the time."

But he said about 1am he and his fiancee Nadene, 25, woke up to hear "shouting".

John McVay, Cumbria Fire and Rescue Area Manager said emergency services had been called to the scene just after 2.20am today.

He said: "This is a very complex and difficult process given the obvious dangers to the man and the extreme difficulty in gaining access to him in a way which will keep him and emergency services safe.

"I can assure the public that the emergency services are working tirelessly and effectively together to resolve this issues safely for all and that the protection of life is our first priority."

He also appealed for anyone who had a cherry picker taller than 295ft within Cumbria to contact police.

Roads around the structure, built in 1836 and a prominent local landmark, have been closed.

Homes around the chimney have since been evacuated as emergency services try to get the man out.

The road is currently closed at Stanhope Road, Charlotte Street and Shaddongate where it meets Bridge Street (A595)

The public are asked to avoid the area. 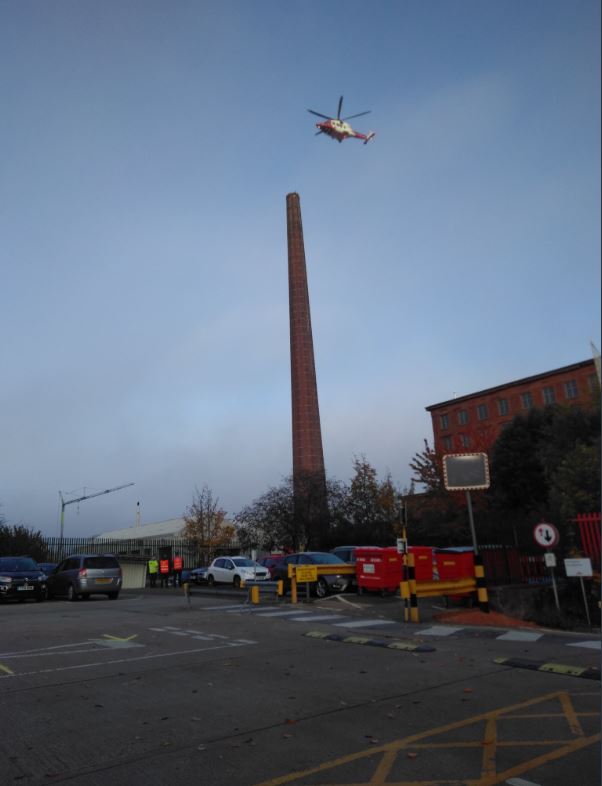