Police want to speak to this man in connection with a massive moorland fire which caused devastation to the countryside and wildlife during the heatwave.

The man was a passenger in a black Peugeot, registration MC16 ZNV, which Lancashire Police say was seen in the area around the time the fire was first spotted.

Officers have spoken to the driver of the car as part of the investigation and are trying to identify the passenger.

The blaze was declared a major incident at the end of June after two large fires at Horwich and Scout Road, either side of Winter Hill merged because of increased wind speed. 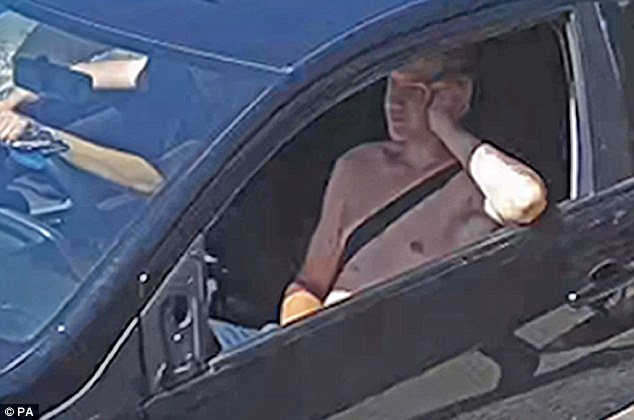 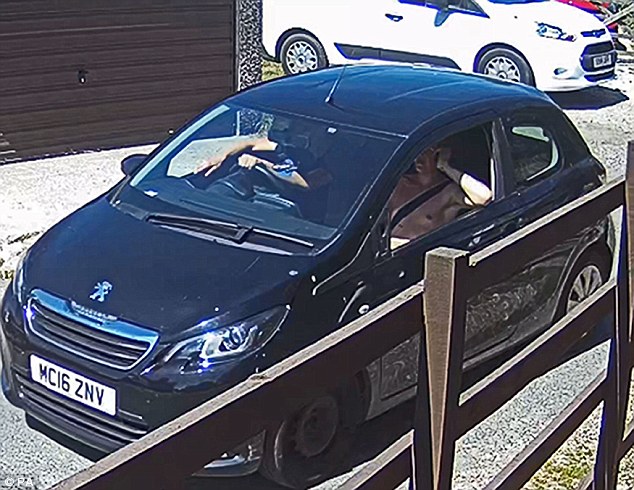 Police are keen to speak to the passenger (pictured). Emergency services were drafted in from all over the country to deal with the blaze

Emergency crews were drafted in from all over the county to battle the dramatic blaze at Horwich and Scout Road, near Bolton, which at its height covered an approximate area of seven square miles.

Fire break trenches were also dug to try to protect local buildings and a helicopter was drafted in to dump water on the blaze and help save the moorlands and peoples homes.

Almost 6,000 acres of moorland have been left damaged and The Woodland Trust had huge concerns over their Smithills estate, their largest in the UK.

A spokesman for The Woodland Trust at the time of the fire said the ‘habitat will take years to recover’ and the ‘scars will last a long time.’ 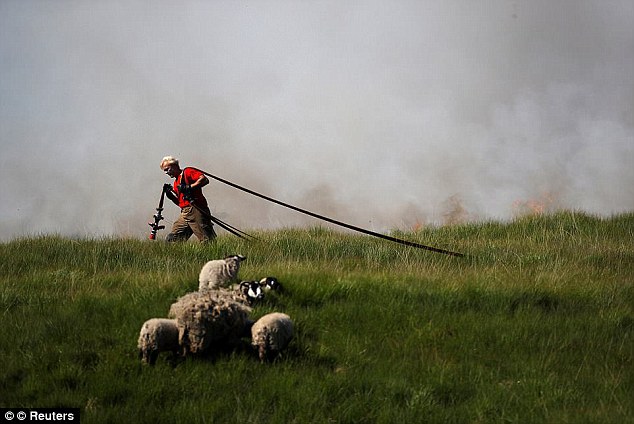 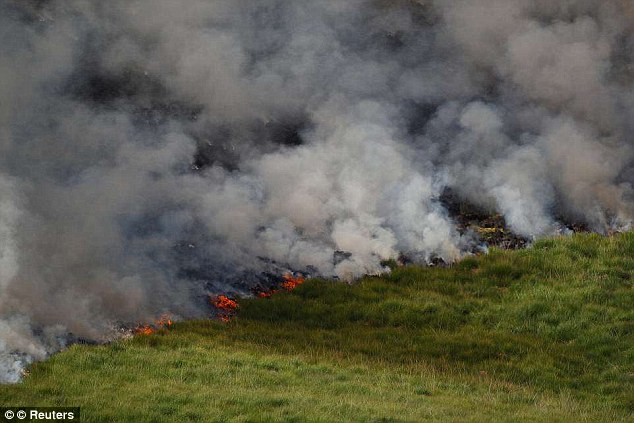 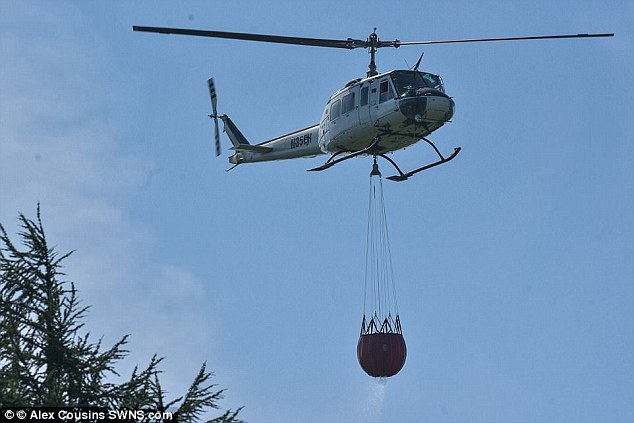 A helicopter drops water on the moorland fire at Winter Hill. Emergency services desperately battled wildfires throughout the country during the heatwave 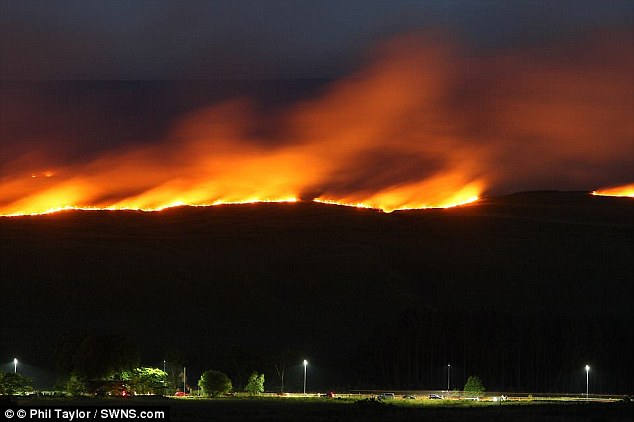 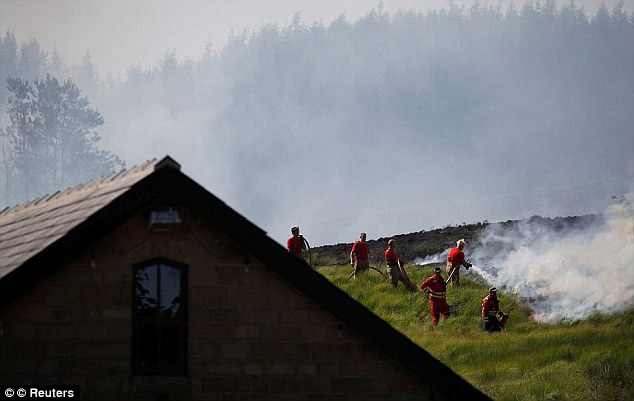 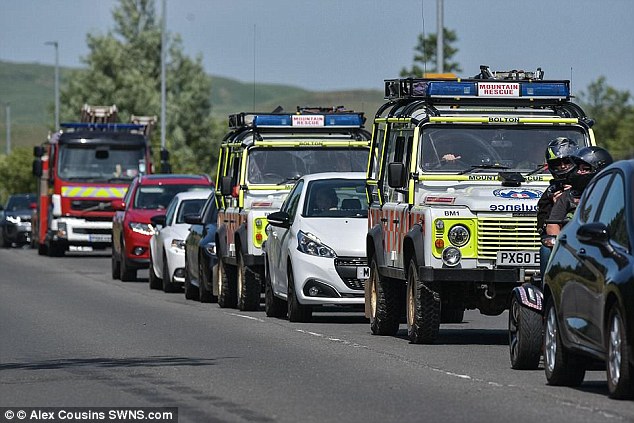 The area has heather moorland, upland grassland and woodland which are home to an array of rare animals and plants such as the brown hare, lapwing and common lizard.

It is not clear at this stage what their long term future is.

Firefighters could finally announced the ending of the fire on August 9, 41 days after in began.

The first fire started on on Saddleworth Moor, around an hour from Winter Hill, and spread quickly sending huge plumes of smoke into the air.

The second blaze broke out soon afterwards and huge plumes of smoke were seen rising above Winter Hill in Horwich, the second fire combined with one which also on Scout Road.

The large fire at Saddleworth Moor, which became so bad the army was drafted in to help. 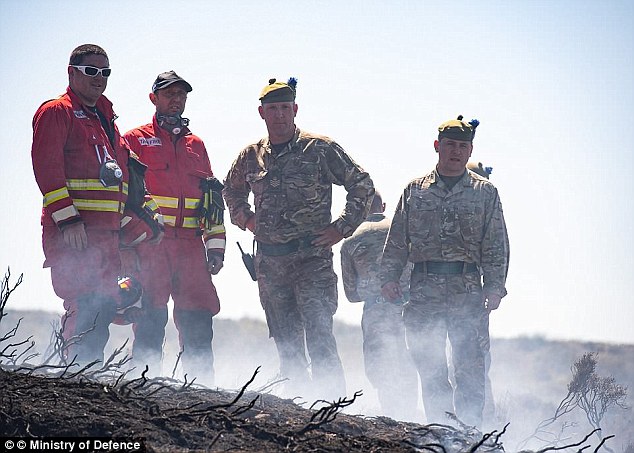 The army had to be drafted in to help on Saddleworth Moor, with multiple other blazes breaking out across the country 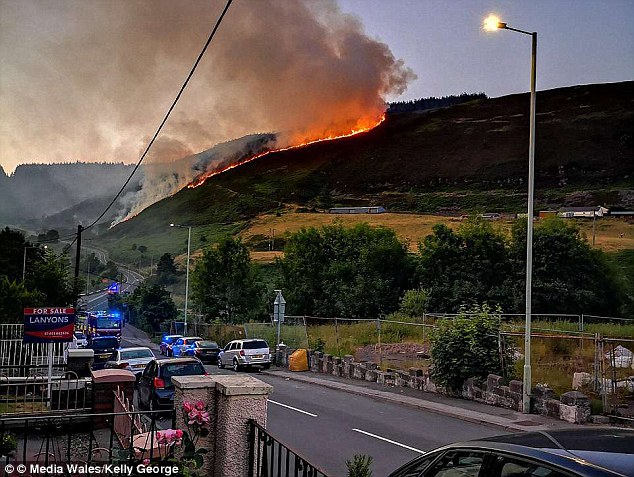 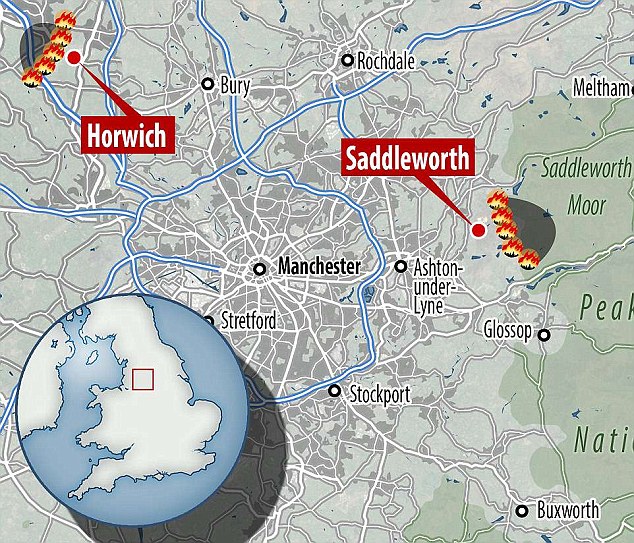 Wildlife experts have anticipated ‘a decade of damage’ and the deaths of hundreds of animals.

Skyrocketing temperatures as high as 88F (31C) also saw multiple blazes break out across the Welsh Valleys on Maerdy Mountain and near Inverness in Scotland.

Two men, aged 22 and 20, were arrested on suspicion of starting the fire but were later released under investigation.

Detective Constable Stuart Lunt, of Chorley CID, said: “This is a complex investigation and we are still working hard to find out how this fire started.

“If you recognise the man in the passenger seat or have any information which could help with our inquiries, please get in touch.”

Anyone with information is asked to call 101, quoting log reference 1176 of June 28 or contact the independent charity Crimestoppers anonymously on 0800 555111.