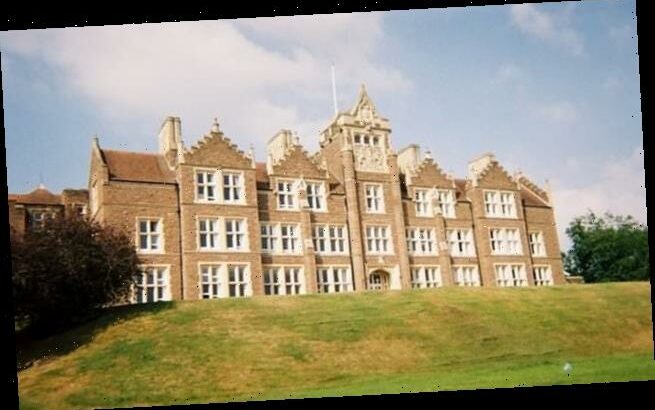 ‘Controlling’ boyfriend watched on FaceTime from Hong Kong as pupil, 18, at £33,000-a-year girls’ school accidentally hanged herself during lover’s tiff

A ‘controlling’ boyfriend told an inquest how his girlfriend fatally self-harmed at a top public school while he watched on FaceTime.

Mr Mak raised the alarm from his home in Hong Kong but when school staff arrived Joy, 18, was unconscious and died four days later in hospital. 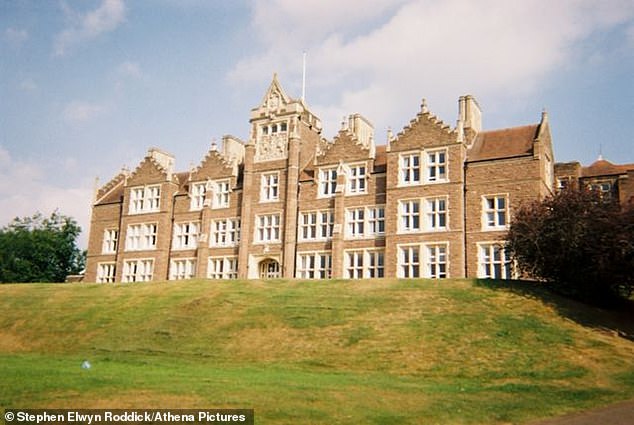 Joy Chan, 18, was alone in her room at Haberdashers’ School for Girls in Monmouth, Wales, (pictured) while online with her boyfriend Jeremy Mak, who was 6,000 miles away in Hong Kong

The inquest heard Mr Mak had previously goaded ‘bright and talented’ Joy, driving her to the point of self-harm.

Mr Mak’s letter of apology to Joy’s heartbroken parents was read to the inquest into her tragic death.

It said: ‘Joy was my first girlfriend – she was my everything. I’ve never been so happy on my 18 years.

‘I had questioned whether she really loved me, she was having contact with other boys.’

In his letter to Joy’s parents which was read into the record, he admitted he went into a rehabilitation centre aged 14.

The inquest also heard that Joy described her boyfriend as ‘controlling’ to school staff.

Mr Mak made a ‘desperate’ phone call to a friend in the UK who alerted the £33,000-a-year Haberdasher’s School for Girls in Monmouth, South Wales.

Joy’s parents flew to her hospital bedside after the tragedy last February and gave permission for her organs to be donated when he life support system was turned off.

Mr Mak, who has spent time in a juvenile rehabilitation centre in Hong Kong, was described as ‘controlling and abusive’ towards Joy in the two years they were together.

Clodagh Bradley QC, representing the school, said it was ‘highly unusual’for a person who witnessed the event that led to Joy’s death not to be called to give evidence. 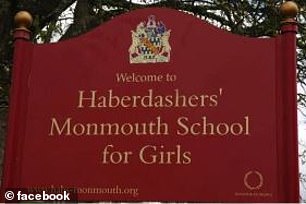 During the FaceTime call, Mr Mak saw Joy trying to kill herself and he immediately called the school to alert them

The inquest heard ‘bright and bubbly’ Joy had started self-harming in 2019.

‘I’ve not had mental health training but we all try to deal with these things the best we can.

‘We are a boarding school, not a psychiatric ward. Self harm is used as a method of coping by many young people.’

Before she died, Joy filled in a mental health questionnaire saying she often felt ‘despair and hopelessness’.

The pupil said she felt unhappy ‘most or all of the time’ and wasn’t optimistic about her future.

She had previously contemplated suicide in her room in December 2019.

Mrs Caffel, a nurse at the school for more than 10 years, said she felt Joy was ‘in a better place than she had been for a long time’ shortly before she died.

Gwent Coroner Caroline Saunders asked her: ‘The questionnaire does not suggest someone who is optimistic. Did you take any steps?’

Mrs Caffel, who no longer works at the school, said: ‘No, I didn’t feel concerned.’

Rachel Rees, director of sixth form at the boarding school, said Joy’s responses to the questionnaire should have been brought to her attention at the time.

She told the hearing in Newport ‘We’ve had lots of meetings and reviews and policy changes after Joy’s death.’

Joy was in the process of applying for university and expected to get A grades in economics, maths and business studies.

She said: ‘Joy had a history of self-harming. On February 5 last year she had a video call with her boyfriend during which they had an argument.

‘This triggered Joy to self harm but I don’t consider that she intended to take her own life.’