Manchester bombing survivor, 15, raises more than £40,000 for the hospital that saved her as she joins 30,000 people including Sir Mo Farah for city’s charity run

Almost one year on from the Manchester Arena terror attack, a 15-year-old who was seriously injured in the bombing has raised thousands for the hospital that saved her.

Freya Lewis from Holmes Chapel, Cheshire, was one of more than 800 people injured on May 22 last year when suicide bomber Salman Abedi murdered 22 innocents at an Ariana Grande concert.

Her friend Nell Jones, 14, was one of those killed and Freya suffered multiple fractures, cuts and burns and was put in an induced coma.

The annual Great Manchester run took place days after the bombing and today returned to the city centre, where Freya raised more than £40,000 in the junior race. 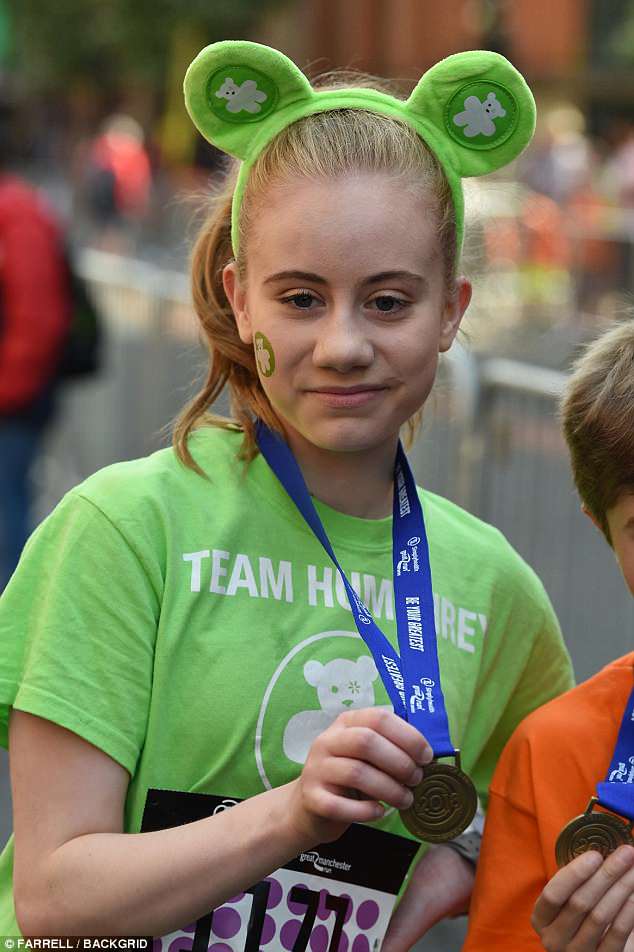 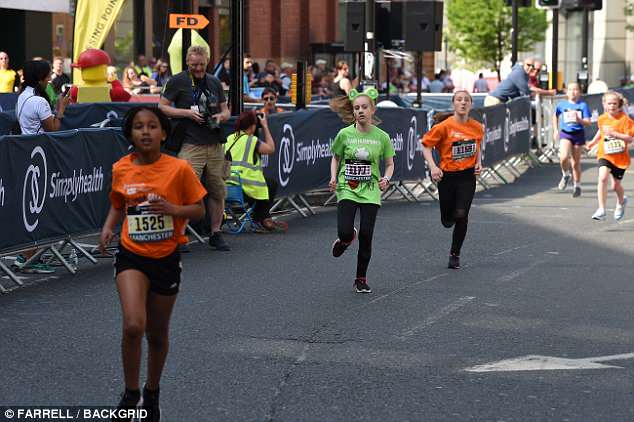 Almost one year after she was seriously injured in the bombing, Freya was this morning pictured running through Manchester 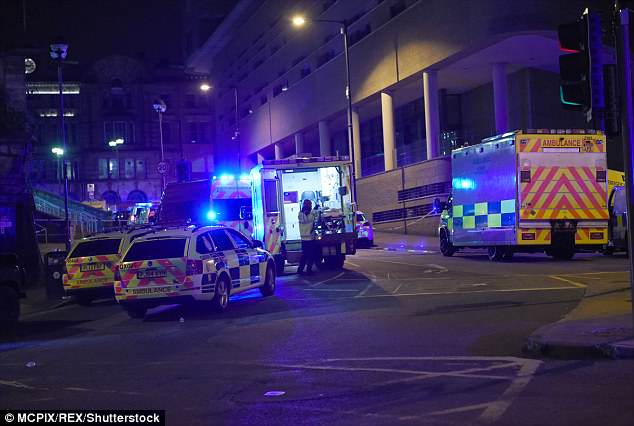 Today Freya helped raised cash for the hospital that treated her, telling the BBC’s Breakfast show that she hoped it would go some way to repaying the brave health professionals who saved her.

‘I wasn’t even sure I would walk again,’ she said. ‘They gave so much to me and all of us, so to give something back is the most important thing.

‘When I first woke up and everything it was quite terrifying obviously because I was not used to all the injuries I had and I wasn’t sure what I was going to be able to do again. 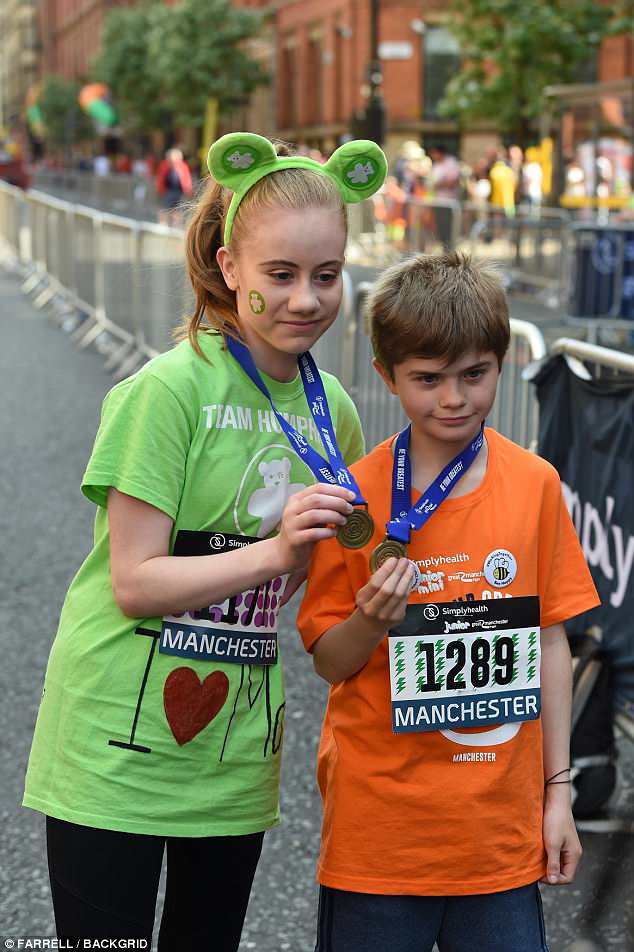 ‘I think I definitely thought it would be a lot worse than it is.’

About 30,000 people were set to race today including survivor Martin Hibbert, who was paralysed in the attack.

Sir Mo Farah and Tirunesh Dibaba also took part in the race, which is the UK’s third largest. Freya led the junior race this morning, when a half-marathon also got under way.

A silence will be held at 1.02pm to remember the victims and afterwards the adults’ 10 kilometre run will take place.