Addressing the European Parliament on Thrusday, European Commission President Ursula von der Leyen said she was aware the MFF agreed by the Council would be “a pill difficult to swallow” as she called on MEPs to avoid wasting time on their ratification of the deal agreed earlier this week. But leader of the EPP Manfred Weber blasted the Commission President for her comments and warned the deal will look very different at the end of Parliament’s scrutiny.

“We welcome the outcome of the Council meeting but we are living in a parliamentary democracy and that means that the outcome is now arriving in the European Parliament and the rule of all of Europe is that there will be never the same output after a parliamentarian consolation than the input was from the Council side.

“This means not to delay things, because I hear these arguments now around the corridors.

“The first MFF proposal, Ursula von der Leyen referred to this, was on the table of the Council in 2018. 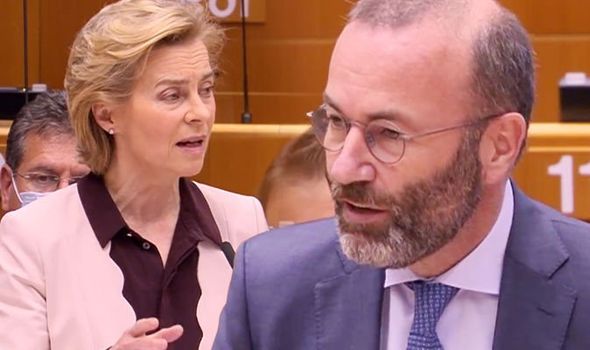 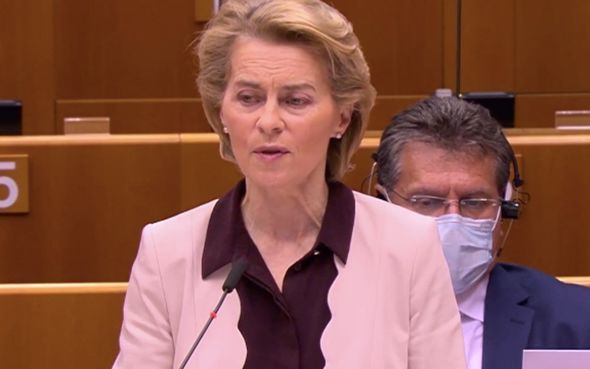 “So don’t tell us about delaying things! There was a lot of time for doing the job.

“That’s why what we are doing now is the normal procedure that will start based on the Lisbon Treaty. And there is a lot to criticise.

“Ursula, we for the moment are not ready to swallow the pill you referred to.”

EU leaders agreed on Tuesday after a four-day summit to impose a tax on non-recycled plastic and pass the money on to the EU and to have a tax on digital services and on goods important into the EU from countries with lower CO2 emission standards, among others.

“The big winner of this summit are the new own resources” von der Leyen said in presenting the summit agreement to parliamentarians, who will have to approve it over the coming months.

“We have now a unanimous agreement on the need for new own resources. And this is a huge and historic step forward for our union, which both the Commission and the parliament have long been pushing for,” she said.

Von der Leyen also stressed that the disbursement of cash from the 750 billion euro recovery package to EU countries was linked to governments observing the rule of law.

The link, albeit not clearly formulated in the conclusions of the summit, is a means of pressure on Poland and Hungary to heed EU calls for them not to undermine the independence of the courts, non-governmental organisations and media.