A MANHUNT is underway for an alleged killer who fatally shot a two-year-old girl in the head while she sat in a car.

The toddler, Joette 'Jojo' Malone, was caught in the cross fire of a shooting on July 29 in Hammond, a city in northern Indiana. 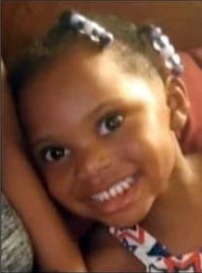 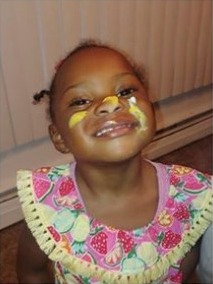 Jojo was seated in the back seat of her mom's car, which was parked in the Kennedy Crossing apartment complex, when shots were fired, according to the FBI.

She was shot in the head and later airlifted to Comer Children's Hospital in Chicago.

The young girl succumbed to her injuries in the hospital two days later. 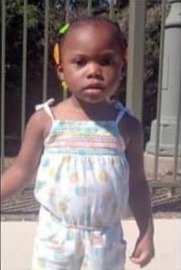 "Our hearts are heavy with this news, and now more than ever, we ask the public for help," Hammond police Lt. Steven Kellogg said, the Chicago Sun Times reported.

“This little girl’s life was stripped from her in an act of senseless violence that will forever impact those who knew her.”

Jojo and her mother were innocent bystanders, police said.

A reward of up to $10,000 is being offered by the FBI for information leading to the identification and arrest of whoever is responsible for Jojo's homicide.

Anyone with information is urged to contact the FBI's Indianapolis Field Office at 317-595-4000 or the Hammond Police Department Investigations Division at 219-852-2906.