What was he doing in there? Mystery as dead man in his 20s is found trapped behind a women’s bathroom wall in a mall ‘after falling from an overhead vent’

A man has died after becoming trapped behind a wall in the women’s bathroom of a shopping mall.

The gruesome discovery was made after a worker was called to fix the toilet at the Core mall in downtown Calgary.

According to police, when the worker removed a panel attached to a wall behind the toilet, he discovered the body at around 9.30am on Saturday. 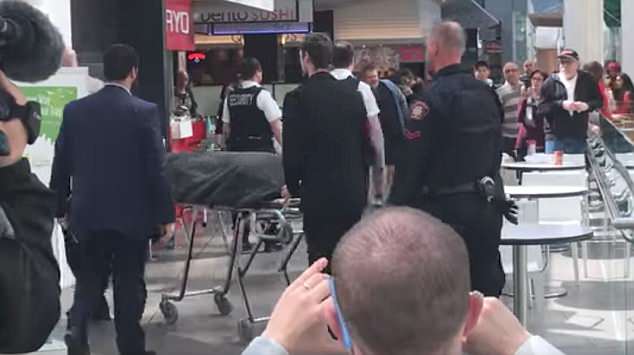 The women’s bathroom remained closed until after 3 p.m., when the body, contained in a body bag, was wheeled out on a gurney.

Calgary police spokesperson Emma Poole explained: ‘If you were to look at the toilet, there’s a panel behind it so that when people move, it would automatically flush.

‘When they removed that panel, they found a deceased person behind that wall.’

In a statement, the force said the officers were called at about 9.30am to the mall after reports that a body had been discovered.

‘The body of a male in his 20s was removed with the assistance of The Calgary Fire Department and an autopsy was conducted by the Office of the Chief Medical Examiner. 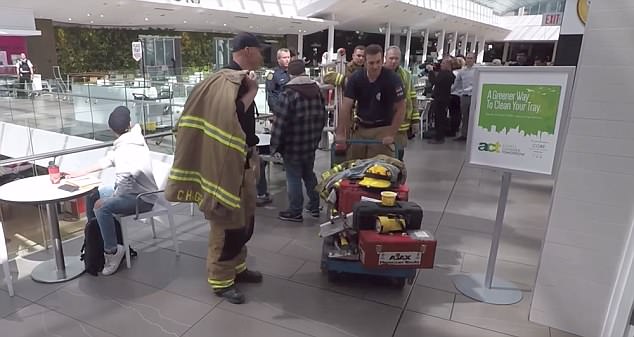 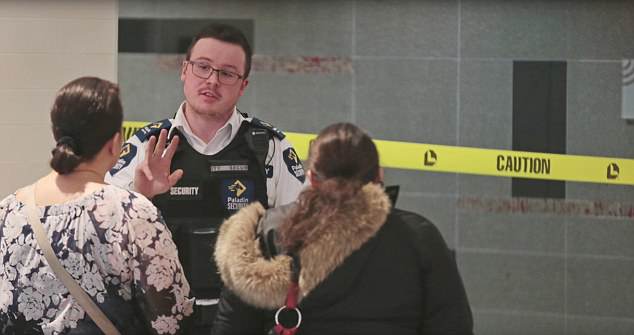 ‘The investigation has determined that the victim entered the women’s washroom on the evening of Friday, April 27, 2018. The victim was alone when he entered the washroom.

‘Once inside the washroom, it is believed that he climbed on top of a pony wall which was directly behind the toilets and removed a vent cover, which was located on top of the wall.

‘The pony wall, used to hide utilities, is approximately ]seven feet tall and is not connected to the ceiling and has no other access points.’

Officers believe the victim then climbed inside the pony wall then through the vent opening where he became stuck and later died.

‘The victim’s motivation for crawling inside the wall is unknown at this time.’

A spokesperson for the mall said the worker is a Core employee and he has been offered counselling and time off ‘to deal with whatever he may be going through’.

‘Obviously, the Core is trying to do anything it can to help,’ spokesman Ricky Zayshley said.