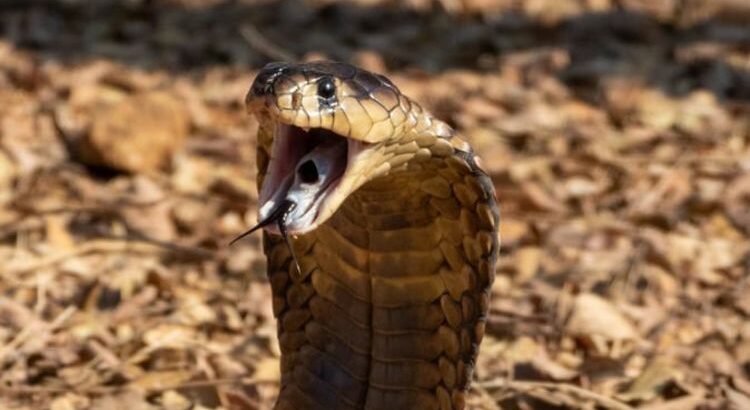 The 47-year-old Dutch man was enjoying a safari trip in South Africa when his unfortunate encounter with a snake made everything go pear-shaped. He required surgery – using skin grafted from his groin – to replace the dead tissue lost from the bite.

A paper published in Urology Case Reports (UCR) suggests this is the first reported case of snouted cobra envenomation of the genitals – though this is unlikely to lift the man’s spirits.

Studies on the specific type of snake that bit the Dutchman (Naja annulifera, or snouted cobra) are limited because it only became a distinct species in 2009.

The snake was hidden inside the bowl of a toilet at an unnamed nature reserve.

After being bitten, the man – who, unsurprisingly, also remains unnamed – had to wait for three hours for a helicopter to transport him to the nearest hospital which was almost 220 miles away.

He was diagnosed with scrotal necrosis – necrosis being the death of body tissue.

Eight doses of an antiserum, along with other medications, were first administered a whole five hours after envenomation occurred.

While waiting for treatment, he felt “a burning sensation in his genitals and a pain that ascended through his groin to his flank, upper chest, and abdomen”, according to the UCR paper.

A large amount of his penis tissue was unrecoverable and had to be removed.

He was repatriated to the Netherlands after nine days where he underwent surgery to replace the tissue lost because of the bite – but not before more dead tissue was removed.

Two weeks after repatriation, he was discharged from hospital.

The authors of the paper note that “genital function and aesthetics have a good chance of recovery if treatment is early”.

They insist, however, that any work on aesthetic surgery should only take place after the acute phase.

The Dutchman is unlikely to have found cause for comedy in this affair, but the authors of the paper on his condition opted to add a little colour in its “take-home message”.

“Always flush the toilet before sitting down in countries notorious for their snake population!” they said.