At least 15 security personnel and a civilian driver killed near Maoist stronghold of Chhattisgarh in Maharashtra. 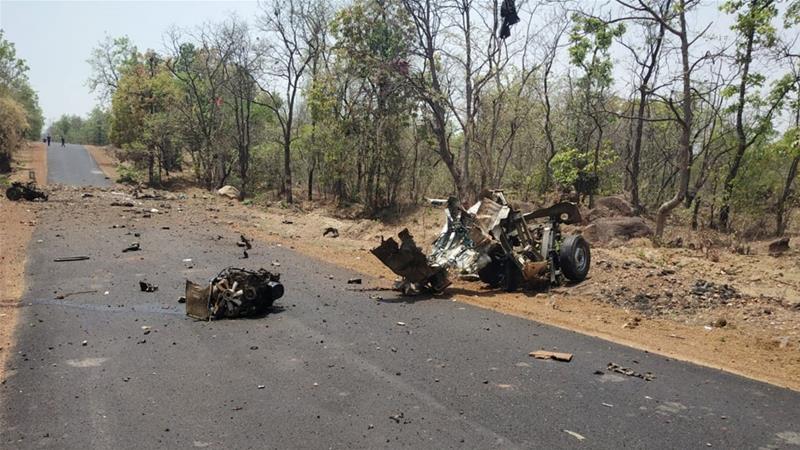 Suspected leftist rebels killed at least 15 security personnel and a civilian driver in an attack on two vehicles in the western state of Maharashtra on Wednesday, police said, as the state celebrated its foundation day.

“It is a dastardly attack, we will try our best that such incidents are not repeated. Our people are present at the spot, more information will come out by today evening,” he said requesting to remain anonymous.

The Maoist rebels, known as Naxals, have killed more than 10 people, including a legislator, in Chhattisgarh state amid the multi-phase general elections that will conclude on May 19.

The rebels have battled the state for decades, saying they are fighting for people left out of a long economic boom in Asia’s third-largest economy.