At least 44 have been confirmed to have died and a further 200 are missing as fires ravage huge tracts in the north and the celebrity studded Malibu area near Los Angeles. 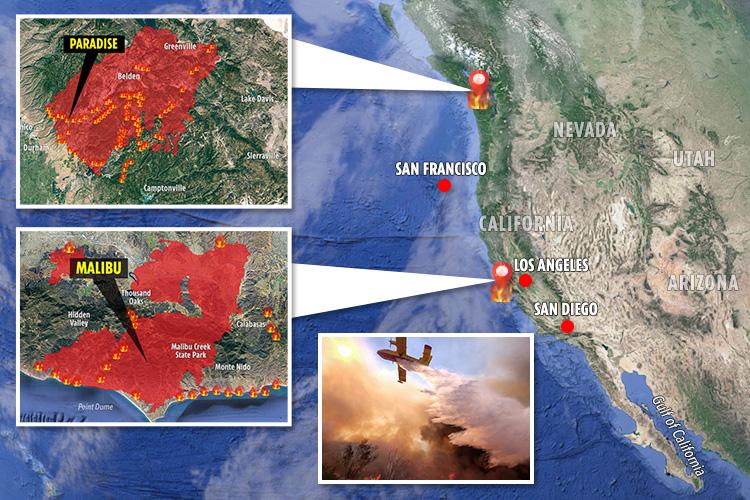 More than 8,000 fighters are battling raging wildfires round-the-clock but their efforts are being hampered by persistent dry gusts.

These so called "devil winds" are fanning flames onto dry brush which ignite in an instant.

The fire had grown to 177 square miles and was 25 percent of it was contained, authorities said. 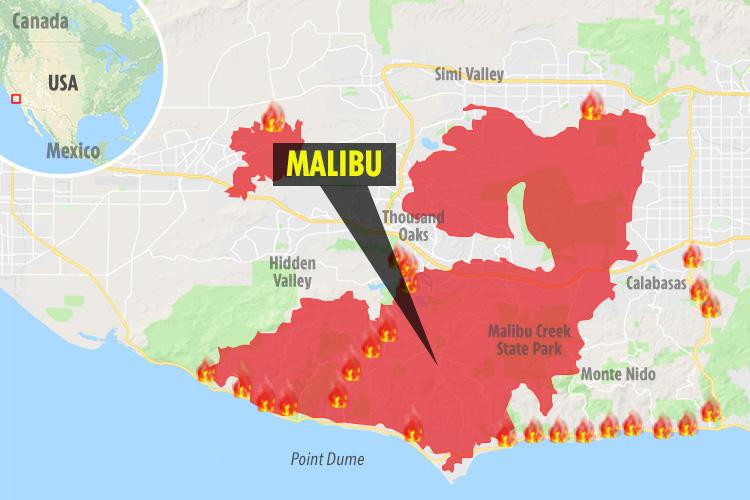 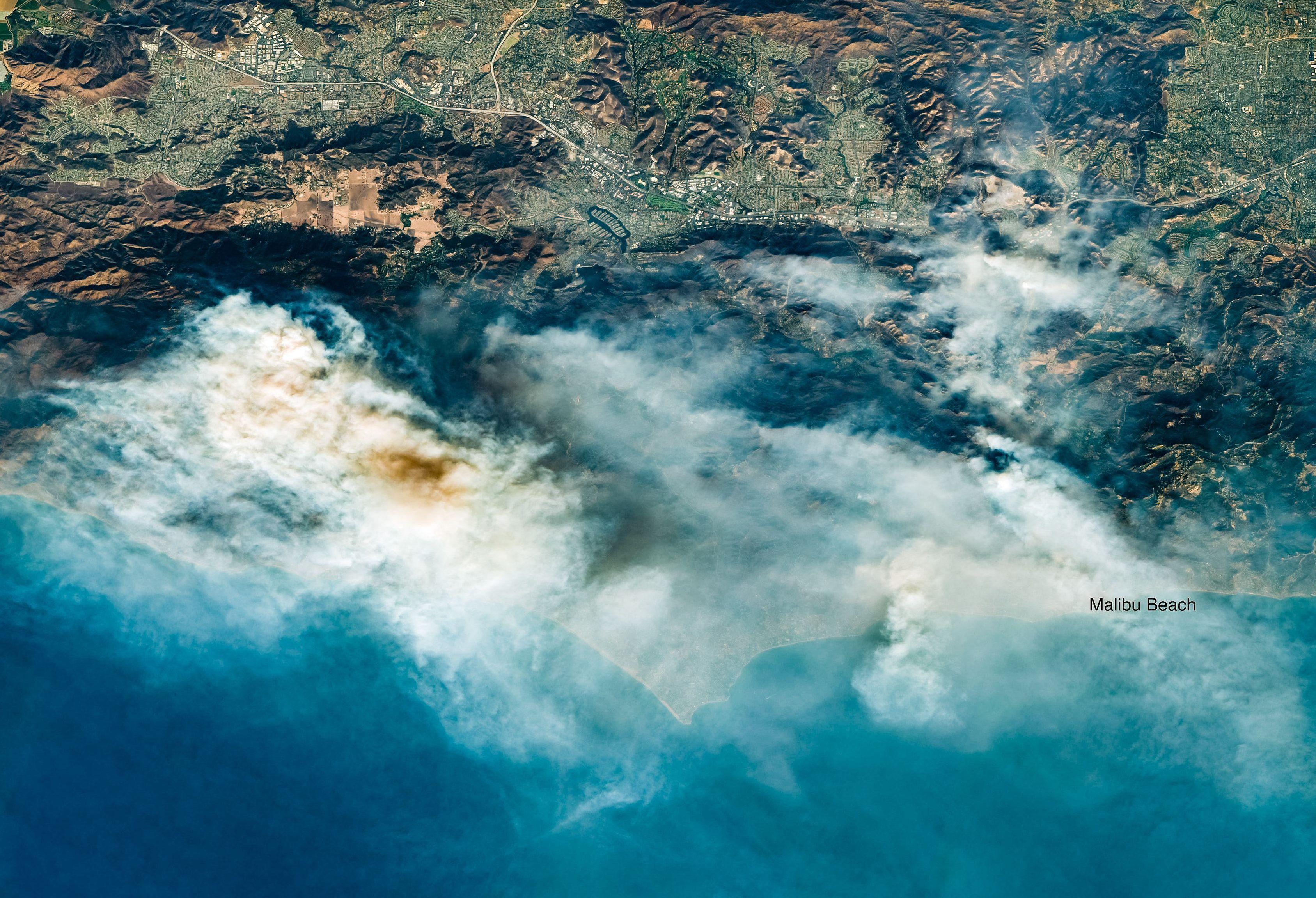 In the south firefighters appeared to be gaining ground against a roughly 143-square-mile fire that destroyed at least 370 buildings with hundreds more feared lost, including the homes of A-list celebs.

Statewide wildfires have destroyed more than 7,000 structures and scorched more than 325 square miles, the flames feeding on dry brush and driven by blowtorch winds. 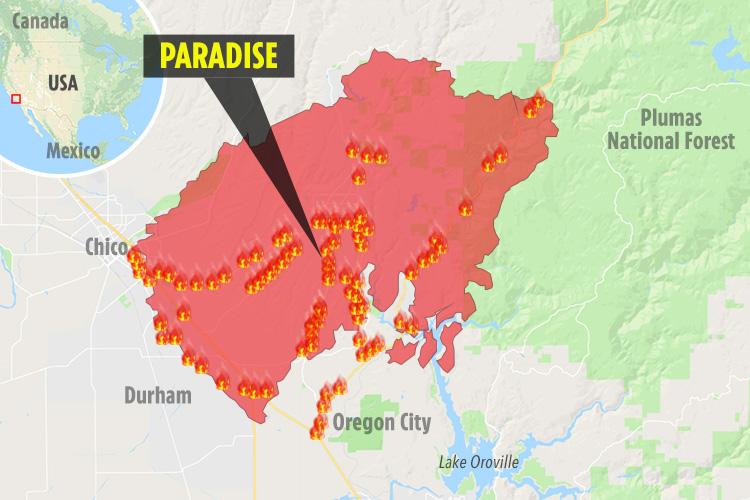 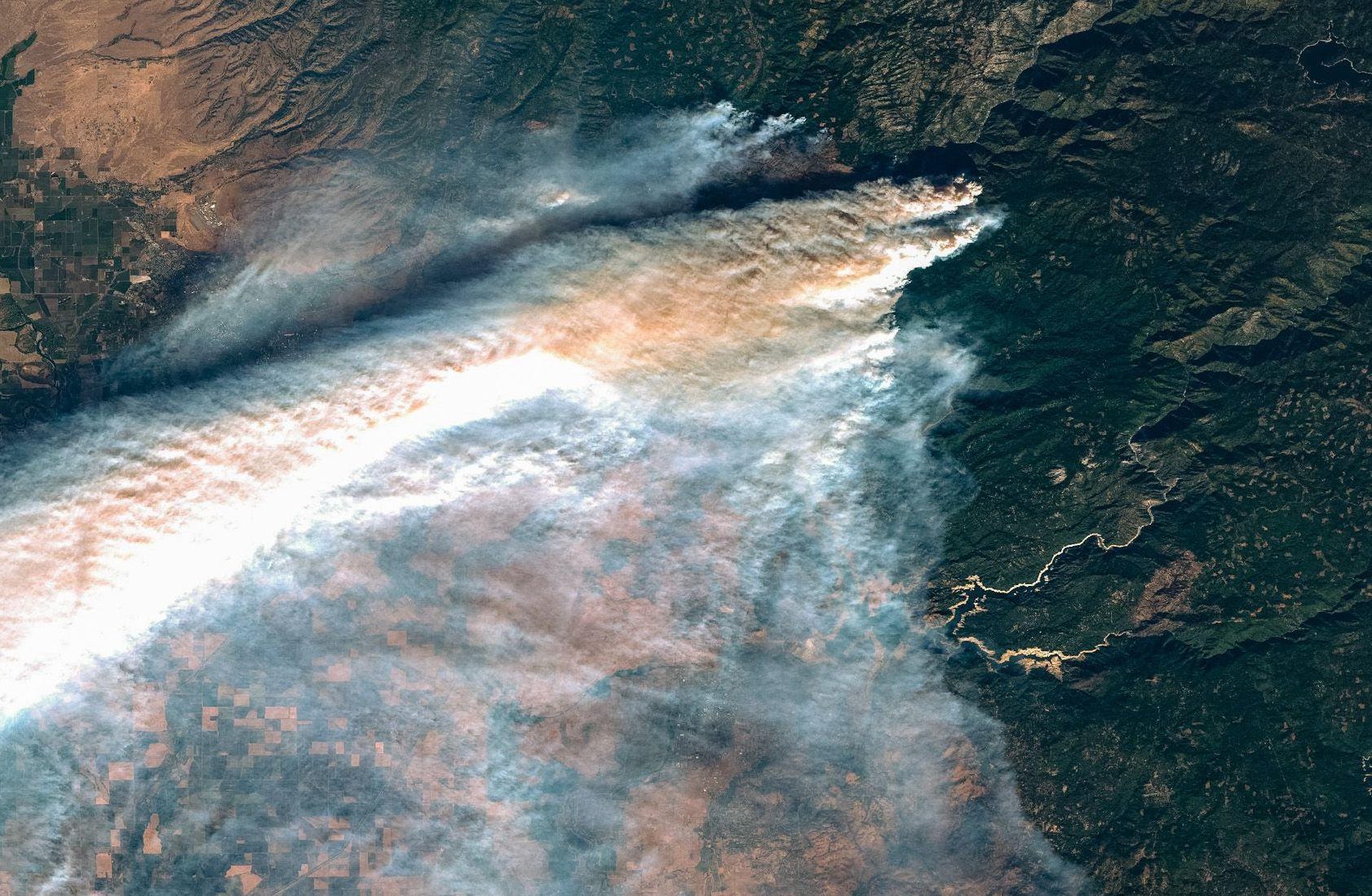 Authorities moved to set up a rapid DNA-analysis system and bring in dogs that can sniff out dead bodies as well as mobile morgues and more search teams.

Five days after flames all but obliterated the town of Paradise, population 27,000, officials were unsure of the exact number of missing.

But the death toll was almost certain to rise.

Announcing the discovery of 13 more sets of remains, Butte County Sheriff Kory Honea said: "I want to recover as many remains as we possibly can, as soon as we can. Because I know the toll it takes on loved ones."

More than a dozen coroner search-and-recovery teams looked for the dead across the apocalyptic landscape that was once Paradise.