Global abortion laws have come under the spotlight after the Republic of Ireland’s landmark vote to legalise the practice this week. 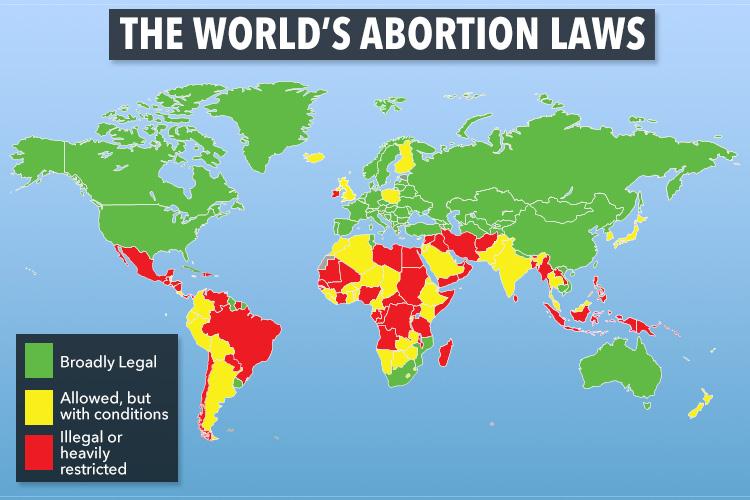 The country voted overwhelmingly to repeal a clause in its constitution which outlaws terminations.

More than 66 per cent of Irish voters backed the move, with PM Leo Varadkar vowing to introduce a new law making abortions legal by the end of the year.

But the referendum drew attention to abortion laws not just in Ireland, but other countries around the world.

Ireland’s laws were among the toughest on the planet, with only a handful of countries placing tighter restrictions on the procedure – banning the procedure altogether. 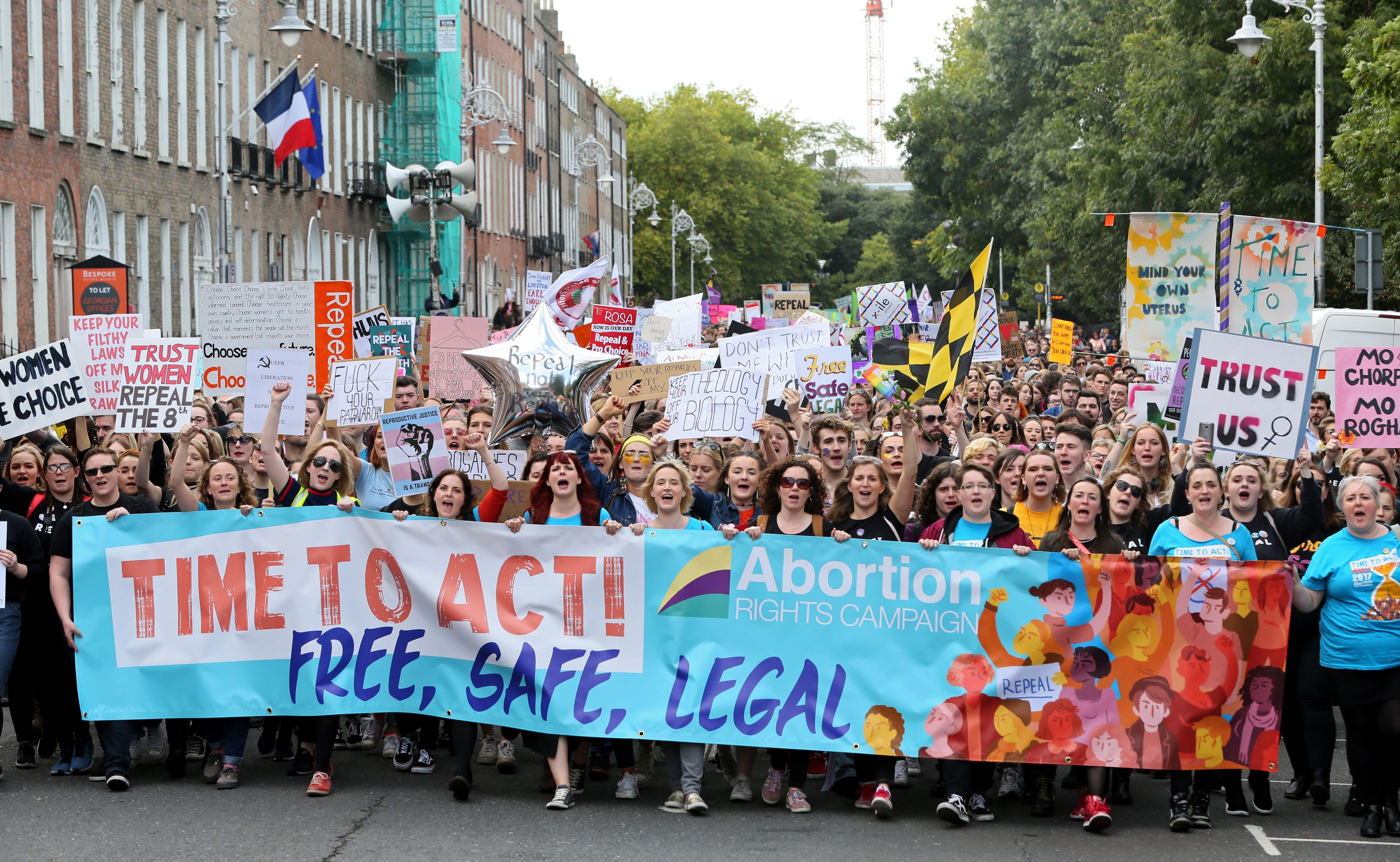 Some 26 countries are counted among this number, according to a 2018 report by the Guttmacher Institute.

And campaigners have said the lack of access puts the physical and mental health of women around the world in danger.

“It just pushes it underground and makes it more dangerous.

“People self-medicate or try to induce the abortion themselves.

“Or they go to someone unlicensed who doesn’t know what they are doing.

“Basically they take risks that will put their lives in danger.”

Countries where abortion is totally banned

Strictly Catholic El Salvador bans abortion in all circumstances – even if going through with the birth would put the mother’s life in danger.

Women there can face up to 30 years behind bars if they break the law, with more than 100 known to have been charged under the legislation.

Campaigners say some are even prosecuted after suffering miscarriages, with cops accusing them of inducing it themselves on purpose. 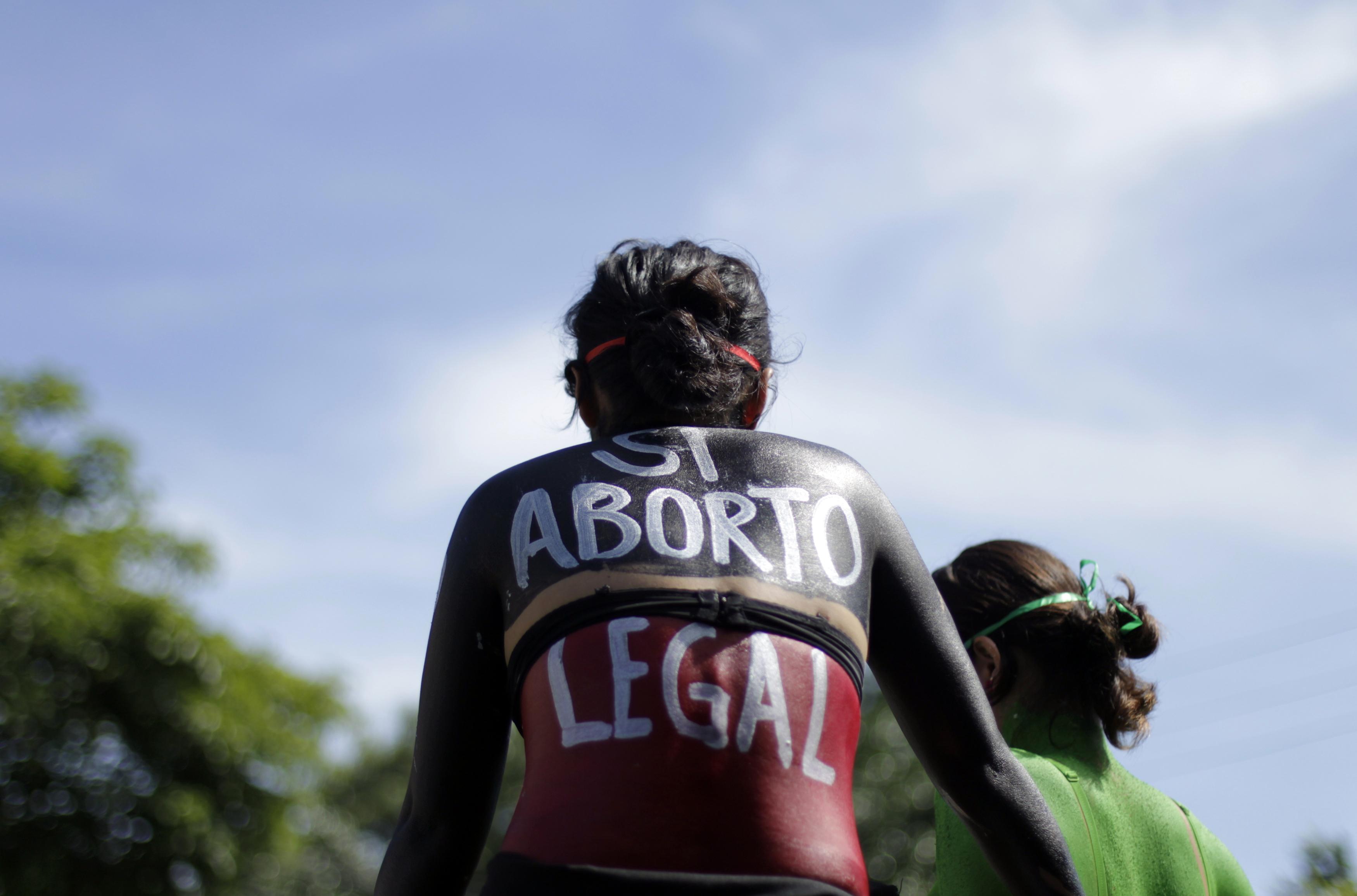 Teodora del Carmen Vásquez, 37, was convicted of the aggravated murder of her baby in 2008, but says it was a stillbirth.

She said she started bleeding and suffering intense pain while at work, calling for help before passing out.

When she woke up she was arrested and later jailed for 30 years, although she was released in February after her sentence was commuted by the country's supreme court.

Neighbouring Nicaragua has an equally strict ban – although the penalties for those who break it are less severe. 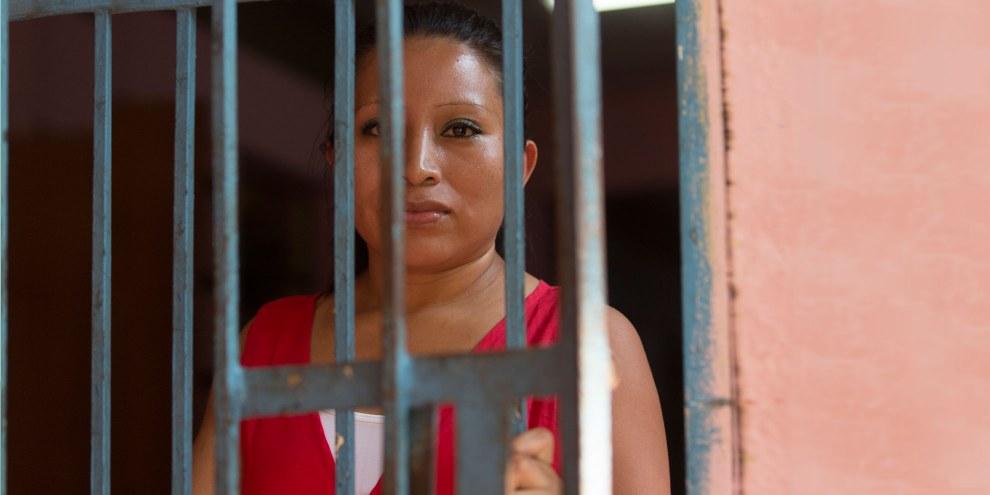 But the country is known to have denied terminally ill women treatment which could have saved their lives, if there was a risk to their unborn babies.

Expectant mothers are routinely denied things like life-saving heart surgery, chemotherapy and painkillers – because the law would view it as murdering the unborn child.

In at least one reported case, a woman died after being denied an abortion even though he foetus wasn't viable.

María de Jesús González, 28, was not allowed a termination despite her baby being ectopic – meaning it was growing outside her womb.

She was forced to turn to traditional healers, who tried to end the pregnancy without anaesthetic or proper instruments.

She died in agony after haemhorraging in a case widely slammed by rights groups.

Countries where abortion is allowed only to save the woman's life

Other countries to ban abortions in all circumstances include Iraq, the Philippines, Egypt, Senegal and Angola – as well as the European states of Andorra, Malta and San Marino.

Another 39 countries – including Ireland, Nigeria and Afghanistan – allow abortion only when it’s completely necessary to save the woman’s life.

Some 36 more permit it to preserve the mother’s physical health, including if giving birth is not strictly life-threatening. 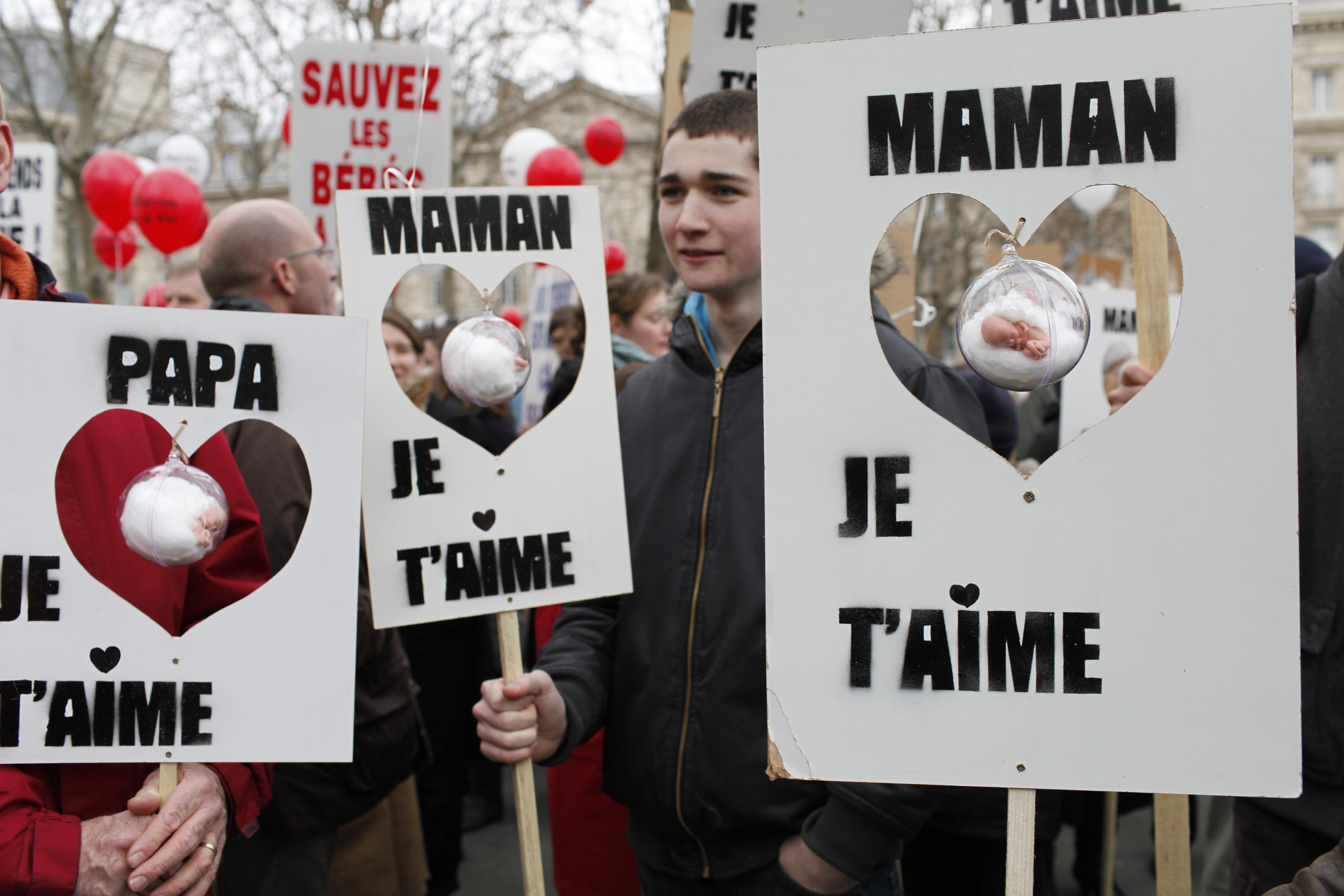 Poland, Monaco and Liechtenstein fall into this category, along with the likes of Kenya, Saudi Arabia and Argentina.

Some countries allow abortions if giving birth might pose a threat to the woman’s mental health.

New Zealand, Northern Ireland, Israel, Thailand and Jamaica are among the 24 nations in this bracket.

And a dozen more – including Britain – allow women at least the theoretical the right to an abortion if they can’t afford to raise the child. 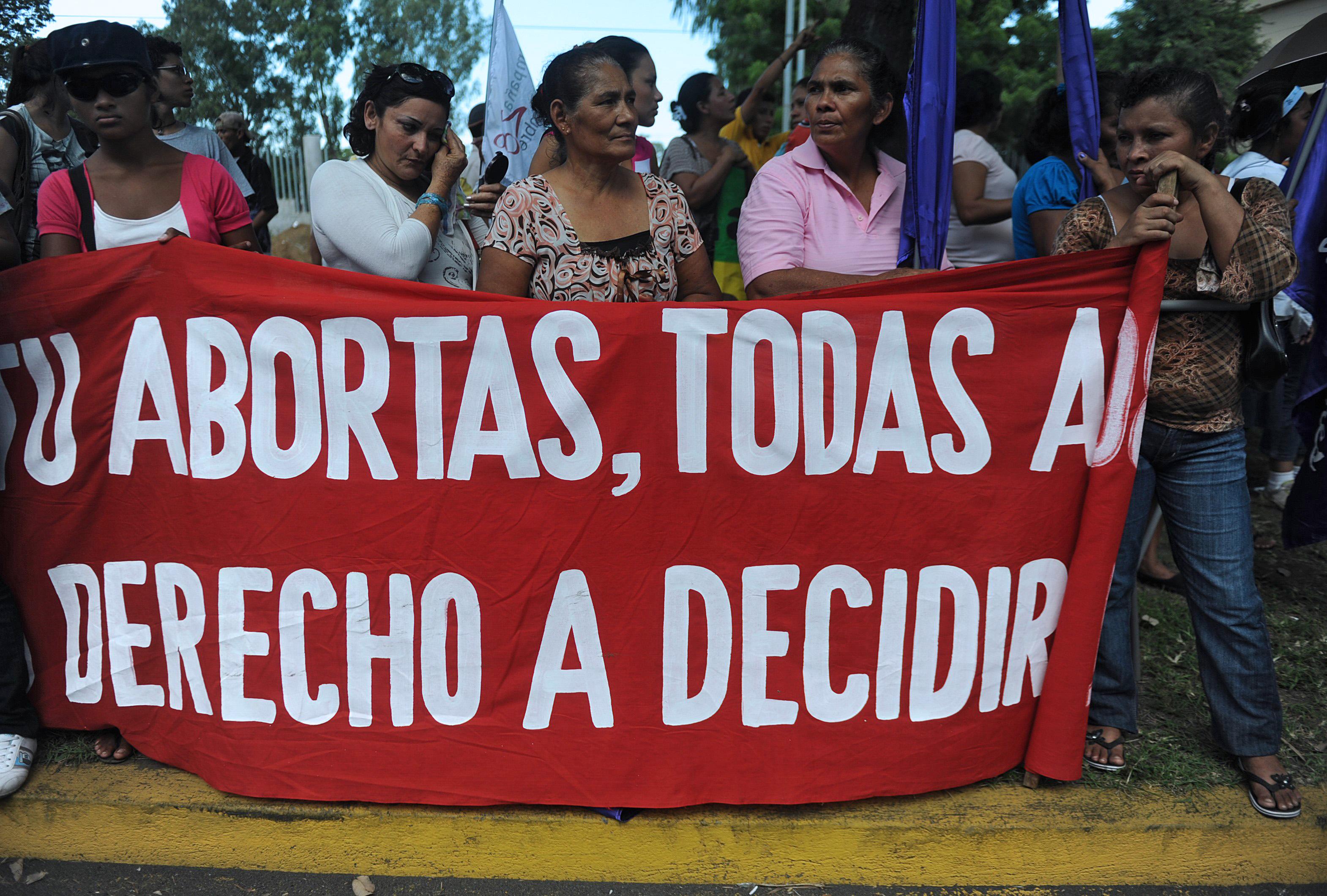 Just 60 countries in the world allow fully free access to safe and legal abortions without restrictions on the woman’s reasons for wanting the procedure.

The majority of these are in the developed world.

But with 88 per cent of abortions worldwide taking place in developing countries – and 49 per cent of these considered unsafe – poorer people bear the brunt of draconian laws.

However, studies show a recent trend towards the more liberal abortion laws around the world.

Aside from Ireland, 28 other countries changed their abortion laws between 2000 and 2017.

For all but one of these – Nicaragua – this meant relaxing restrictions on terminations.