More than 1,400 out of every 100,000 residents in Salford were given prescriptions for alcohol-related issues, figures from the NHS show. 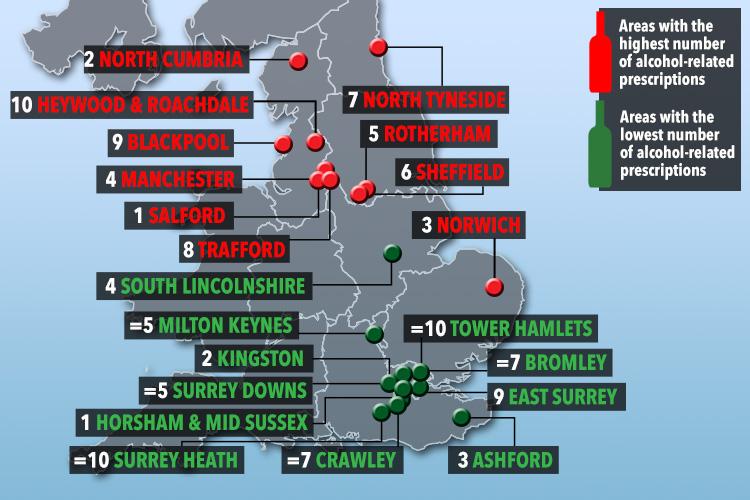 The ten areas with the highest rate of prescription items dispensed per 100,000 people treated for alcohol dependency in 2017

The ten areas with the lowest rate of prescription items dispensed per 100,000 people treated for alcohol dependence in 2017

That figure is seven times higher than the number handed out in London and 58 times more than in Horsham and Mid Sussex, where the lowest rate was recorded at 24 in every 100,000.

There also appears to be a stark north-south divide.

Across the north of England 75,000 prescription drugs connected to alcohol-related issues were dispensed last year – 486 per 100,000 people. 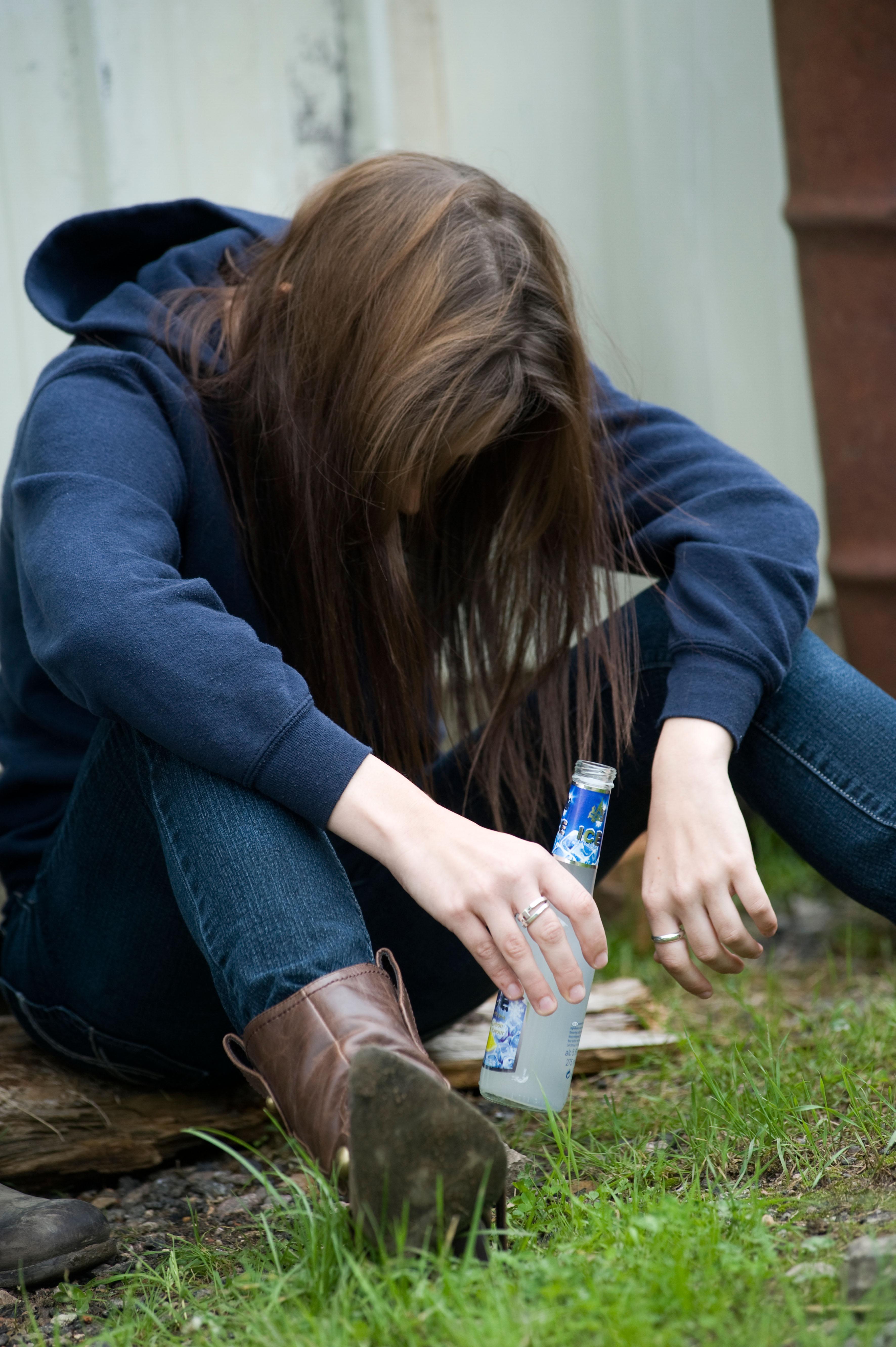 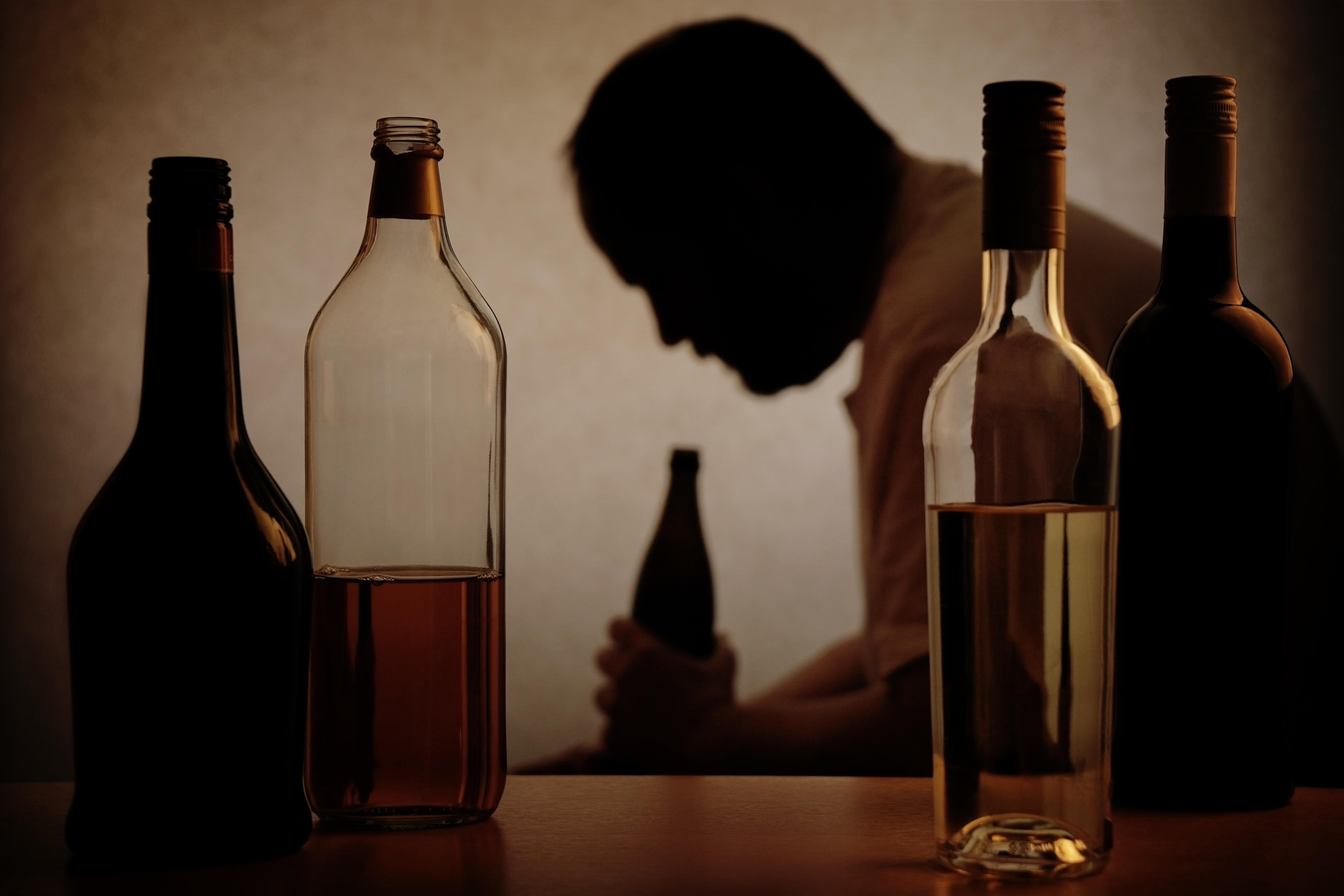 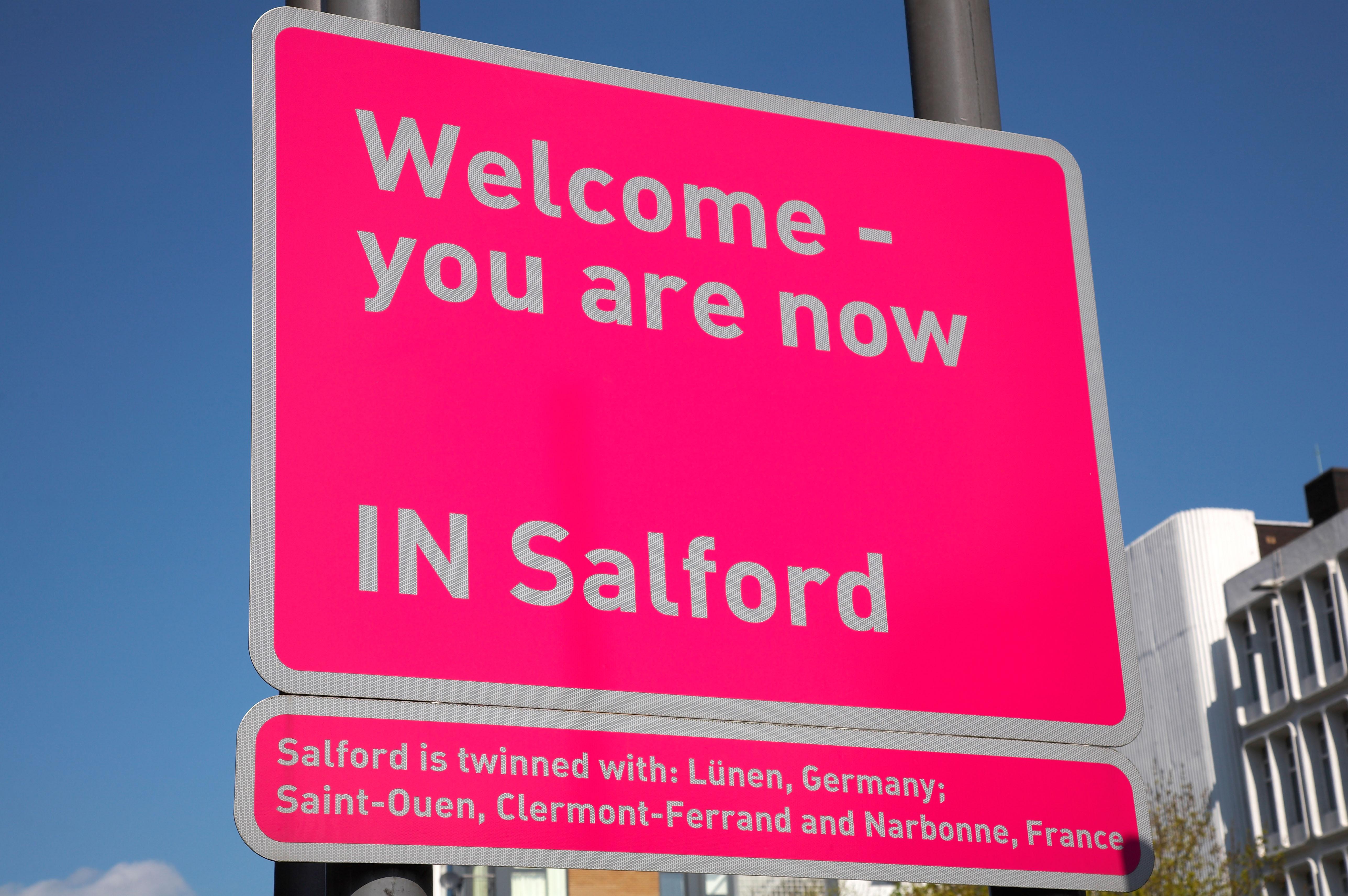 Nine of the places in the bottom ten were in the north while every area in the top ten are in the south, including the capital.

Professor Colin Drummond, an expert in addiction psychiatry at King’s College London, is calling for more spending on treating alcoholism.

He said: “Alcohol problems are associated with deprivation, which we know to be worse in the North than in the South.

“Until treatment becomes a priority for governments, the gap is not going to get any narrower.”

The total cost of the 173,000 drugs prescribed in England last year for alcohol dependence was £4.42million – up from £2.4m ten years ago.

The figures also showed that there were 5,507 alcohol-specific deaths in 2016 and 337,000 hospital admissions caused by alcohol.