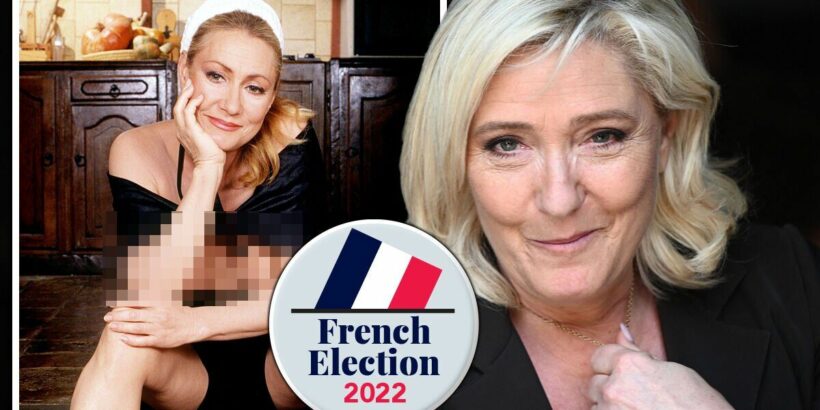 Marine Le Pen and Emmanuel Macron will go head-to-head tonight in a live TV debate that could prove crucial in deciding which way the French presidential runoff goes. The two-and-a-half hour back and forth is the only direct clash between the two candidates, and has been a mainstay of French presidential campaigns for almost 40 years. Ms Le Pen failed to deliver in the same debate five years ago, with her muddled performance proved the final nail in her election campaign’s coffin. This time, however, the race is far tighter.

Centrist, pro-European Mr Macron’s lead in the opinion polls is far narrower than it was in 2017.

Macron will need to defend his track record at the Elysée in tonight’s debate, which is due to start at 8pm UK time.

Far-right candidate Ms Le Pen, daughter of xenophobic and anti-Semitic former National Front leader Jean-Marie Le Pen, is closer than she has ever been to entering the Elysée.

Her political career has been shaped by a turbulent upbringing, including having her family’s apartment bombed and her mother posing for Playboy after walking out on the family.

Ms Le Pen’s parents had a very public, bitter split when she was still a teenager, when her mother, Pierrette Lalanne, left her father for a journalist.

The spouses argued in the press, with Pierette accusing her husband of anti-Semitism among other things.

When questioned by Playboy, Jean-Marie, who refused to pay Pierette alimony, said: “If she needs money, she only has to do housework.”

Pierrette duly responded by accepting the magazine’s offer to pose as an undressed maid.

The photos appeared in the 23rd issue of the French edition of the magazine, under the headline Madame Le Pen nue fait le ménage, meaning Mrs Le Pen does the cleaning naked.

Ms Le Pen did not speak to her mother for 15 years after she left, and wrote in her 2006 autobiography ‘A contre flots’ (Against the Waves), of the hurt it caused her.

She said: “For a month and a half I vomited every day.

“I was incapable of feeding myself… What I suffered was the most awful, cruel, crushing of pains of the heart: my mother did not love me.”

The familial rift, however, brought her closer to her father.

A close family friend told the Daily Express in 2017: “A strong father figure was essential to Marine as she grew up.

“She was continually bullied at school but Jean-Marie was always there to protect Marine against enemies — not just those they knew but those who were lurking in the shadows.”

Ms Le Pen attributes her inner resilience to her mother’s desertion, as well as the bombing that traumatised her for years.

She was just eight years old when five kilograms of dynamite exploded in the stairwell outside the family’s apartment as they slipped.

The blast tore a hole in the outside wall of the building, and a baby in the flat next door fell five floors, only saved by the branches of a tree.

Living with the Le Pen name brought its own difficulties, as Ms Le Pen’s teachers and Catholic priests voiced their disapproval of her father’s politics.

She was never invited to friends’ houses, and they were banned from visiting hers too.

She initially practised as a barrister, but found herself boycotted by a number of her contemporaries over her politics.

Her niece, Marion Marechal Le Pen, once said: “If you are called Le Pen, eventually politics will come and catch you.

“With a name like that, there is nothing else you can do.”

Ms Le Pen first drifted into politics herself in 1988, when she was elected a Regional Councillor for Nord-Pas-de-Calais.

She unsuccessfully ran for presidency in 2012 and 2017, but her policies are a far cry from those that tarnished the family name for decades.

She expelled her father from the Front National in 2015 after he made some controversial statements about World War 2 and about minorities in France.

Front National was renamed Rassemblement National (National Rally) in 2018 as Ms Le Pen sought to soften her stance and move away from her father’s policies from years gone by.

Ms Le Pen continues to advocate a tough line on immigration, and has also pledged to address the cost of living crisis in France, which is one of the voters’ main concerns.

Coverage of the debate will be shown on major French TV networks from 8pm central European time.