‘That was a mistake, I’m sorry’: Mark Zuckerberg apologises for massive breach of users’ personal data as he prepares to be grilled by EU lawmakers

Facebook chief Mark Zuckerberg will say sorry to the European Parliament on Tuesday, pledging that the social media giant has learned hard lessons from a massive breach of users’ personal data.

Zuckerberg’s comments, released in advance of the hearing in Brussels, are the latest part of a tour of contrition over the Cambridge Analytica scandal that began in the US Congress in April.

‘Whether it’s fake news, foreign interference in elections or developers misusing people´s information, we didn’t take a broad enough view of our responsibilities,’ Zuckerberg will say, according to prepared remarks e-mailed to AFP. 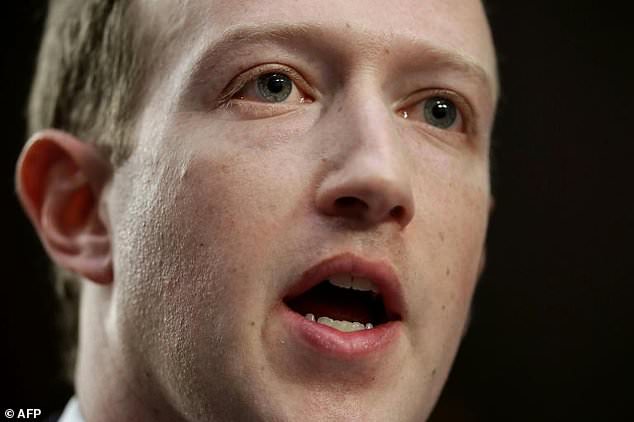 The Facebook chief’s grilling by the European Parliament will be live-streamed to the public after he staged a U-turn on Monday and agreed to a webcast, in a further bid to limit the fallout from the data scandal.

Angry EU lawmakers had objected to initial plans for it to be held behind closed doors. The questioning is expected to be more pointed than when Zuckerberg appeared in front of senators in the US.

Manfred Weber, the German MEP for Lower Bavaria, said he ‘will not back down until we get plausible answers’ ahead of the grilling.

Some lawmakers previously told the Wall Street Journal that they will suggest Facebook split off some services that don’t comply with EU regulations.

Others said they planned to ask about monetary compensation for EU users whose data was caught up in the scandal.

Jan Philipp Albrecht, a German lawmaker, said he plans to grill Zuckerberg on how Facebook will meet new privacy laws coming into effect this week.

Claude Moraes, the chair of the European Parliament civil liberties, has previously said that Zuckerberg’s statements on taking privacy seriously are ‘not sufficient’.

‘Mr Zuckerberg and Facebook will have to make serious efforts … to convince individuals that Facebook fully complies with European data protection law,’ he said.

Facebook admitted that up to 87 million users may have had their data hijacked by British consultancy Cambridge Analytica, which worked for US President Donald Trump during his 2016 campaign.

The Silicon Valley giant has told the European Commission, the EU’s executive arm, that the personal data of up to 2.7 million Europeans may have been sent inappropriately to Cambridge Analytica, which has since filed for bankruptcy in the US. 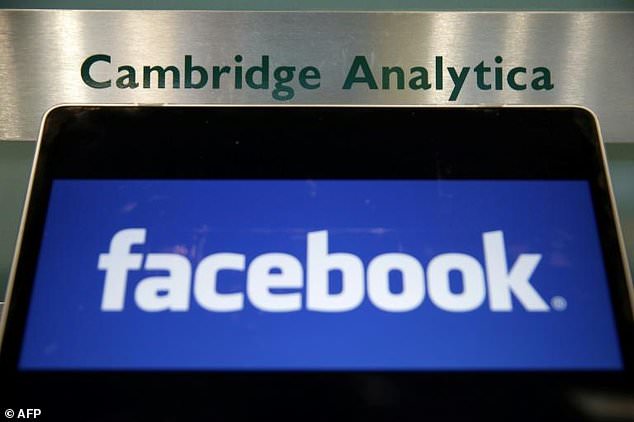 Zuckerberg will also say that Facebook will make fresh investments to protect its users in the wake of the scandal.

He will tell parliament Facebook is committed to Europe, with plans to increase from 7,000 people working in a dozen European cities to 10,000 by year-end.

‘I expect this will significantly impact our profitability. But I want to be clear: keeping people safe will always be more important than maximising our profits,’ he will add.

Facebook also serves a valuable social role with tens of thousands of people having used its Safety Check feature ‘after the recent terrorist attacks in Berlin, Paris, London and here in Brussels’, Zuckerberg will say.

In April, Tajani rejected Zuckerberg’s initial offer to send a more junior executive in his place, saying it would be a ‘big mistake’ for him not to answer questions from an elected body that regulates a market of 500 million people, many of them Facebook users.

Tajani will meet him around 1600 GMT, followed by the hearing with parliamentary leaders half an hour later.

Tajani said MEPs want to know if ‘people used data for changing the position of the citizens,’ including during the shock 2016 referendum for Britain to leave the EU.

Objecting to the latest plans for a closed-door hearing, MEPs insisted Zuckerberg face a grilling similar to his 10-hour interrogation in US Congress last month.

Guy Verhofstadt, who heads the ALDE liberals group in parliament, dropped his plan to boycott the event now that it will be ‘transparent and public’.

Inviting Europeans to send him questions for Zuckerberg, Verhofstadt, a former Belgian prime minister, tweeted that EU citizens ‘deserve to hear the truth.’

Udo Bullmann, of the Progressive Alliance of Socialists and Democrats in the European Parliament, said it would have been a ‘farce’ not to have a public event.

EU Justice Commissioner Vera Jourova paid Zuckerberg a backhanded compliment in recent weeks for having admitted that the Facebook scandal showed the need for strict new rules despite the reluctance of the US internet giants.

The EU’s General Data Protection Regulation (GDPR), which comes into effect on Friday, aims to give users more control over how their personal information is stored and used online, with big fines for firms that break the rules.

Zuckerberg, who has repeatedly apologised for the massive data breach, told the US Congress in April that the more stringent EU rules could serve as a model globally.