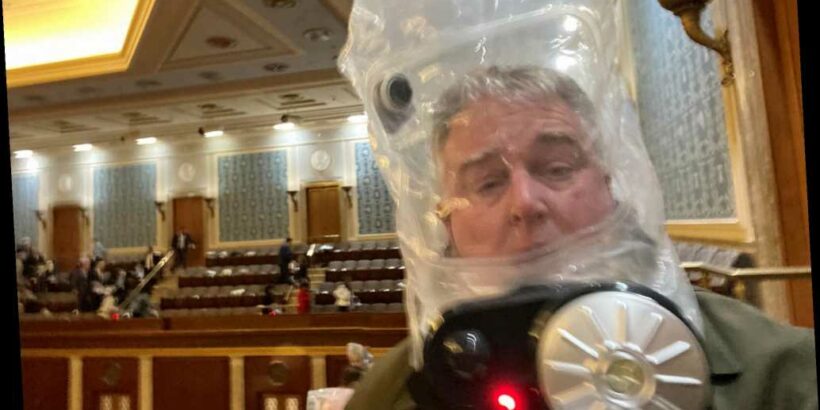 A Maryland congressman tweeted photos on Wednesday that show him wearing an emergency gas mask while fleeing unrest in the US Capitol — as House Speaker Nancy Pelosi reportedly asked that the National Guard be deployed there.

US Rep. David Trone, a Democrat, shot selfies of himself in the protective gear inside the House chamber and in a hallway.

A third shot also shows other three people wearing gas masks as they headed toward an escalator.

“I am safe. We have been evacuated,” Trone wrote.

“Let me be clear: we will not be stopped by this lawless intimidation.”

Pelosi (D-Calif.) is also safe and has asked that the National Guard be deployed to the Capitol, Jake Sherman of Punchbowl News tweeted.