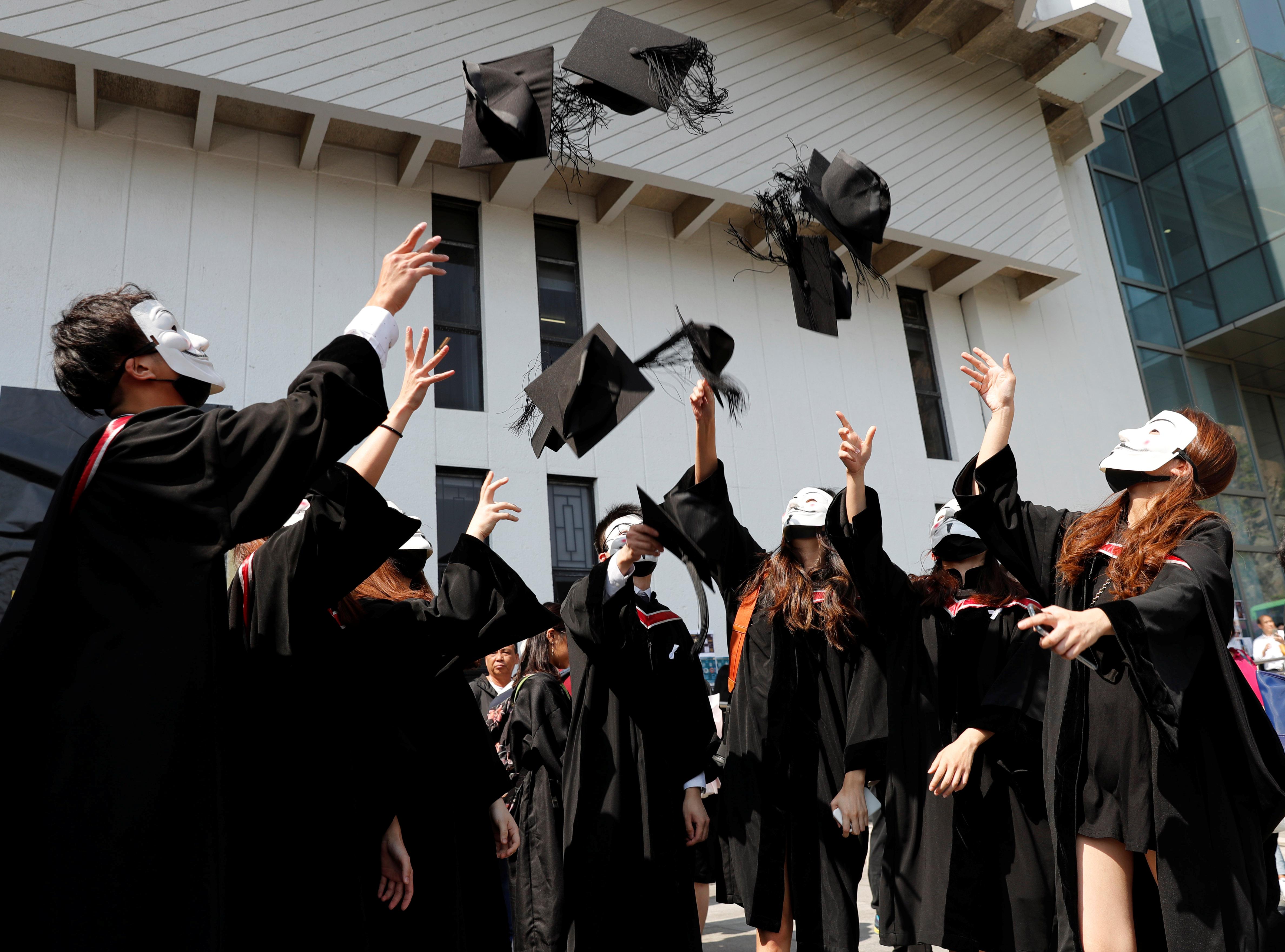 The students defied a ban on masks that the government imposed last month in a bid to curb sometimes violent unrest that has rocked the Chinese-ruled city for more than five months.

Dressed in formal graduation gowns, many of about 1,000 students chanted as they walked to the ceremony venue, near the New Territories town of Sha Tin, calling for the government to respond to protesters’ demands that include universal suffrage.

The protests started over a now-scrapped extradition bill that would have allowed people to be sent to mainland China for trial but have evolved into calls for democracy, an end to Chinese meddling in the city’s promised freedoms and an independent inquiry into complaints of excessive force by police, among other things.

“Even though we are all exhausted, we should not give up,” said Kelvin, a 22-year-old information engineering graduate.

The university said it suspended the ceremony after the degrees were handed out.

“Due to the special circumstances, different people argued as they expressed their opinions, (with) graffiti around the campus, and interruption during the ceremony,” it said in a statement.

The months of protests have plunged the former British colony into its biggest crisis in decades, with no sign the demonstrators plan to give up.

Hong Kong returned to Chinese rule in 1997 under a “one country, two systems” formula, allowing it colonial freedoms not enjoyed on the mainland, including an independent judiciary and right to protest.

The unrest in Hong Kong had provided a lesson for Taiwan, Foreign Minister Joseph Wu told Reuters in Taipei.

“People here understand that there’s something wrong (with)the way the ‘one country, two systems’ model is run in Hong Kong…Taiwan people don’t like to be in the same situation,” Wu said.

Wu vowed to help Hong Kong people strive for “freedom and democracy”, promising that, if needed, Taiwan would “provide some assistance to them on an individual basis”.

He did not elaborate, except for saying Taiwan would not intervene in the protests.

The unrest has helped push Hong Kong’s economy into recession for the first time in a decade. Retail and tourism sectors have been hit particularly hard as tourists stay away. 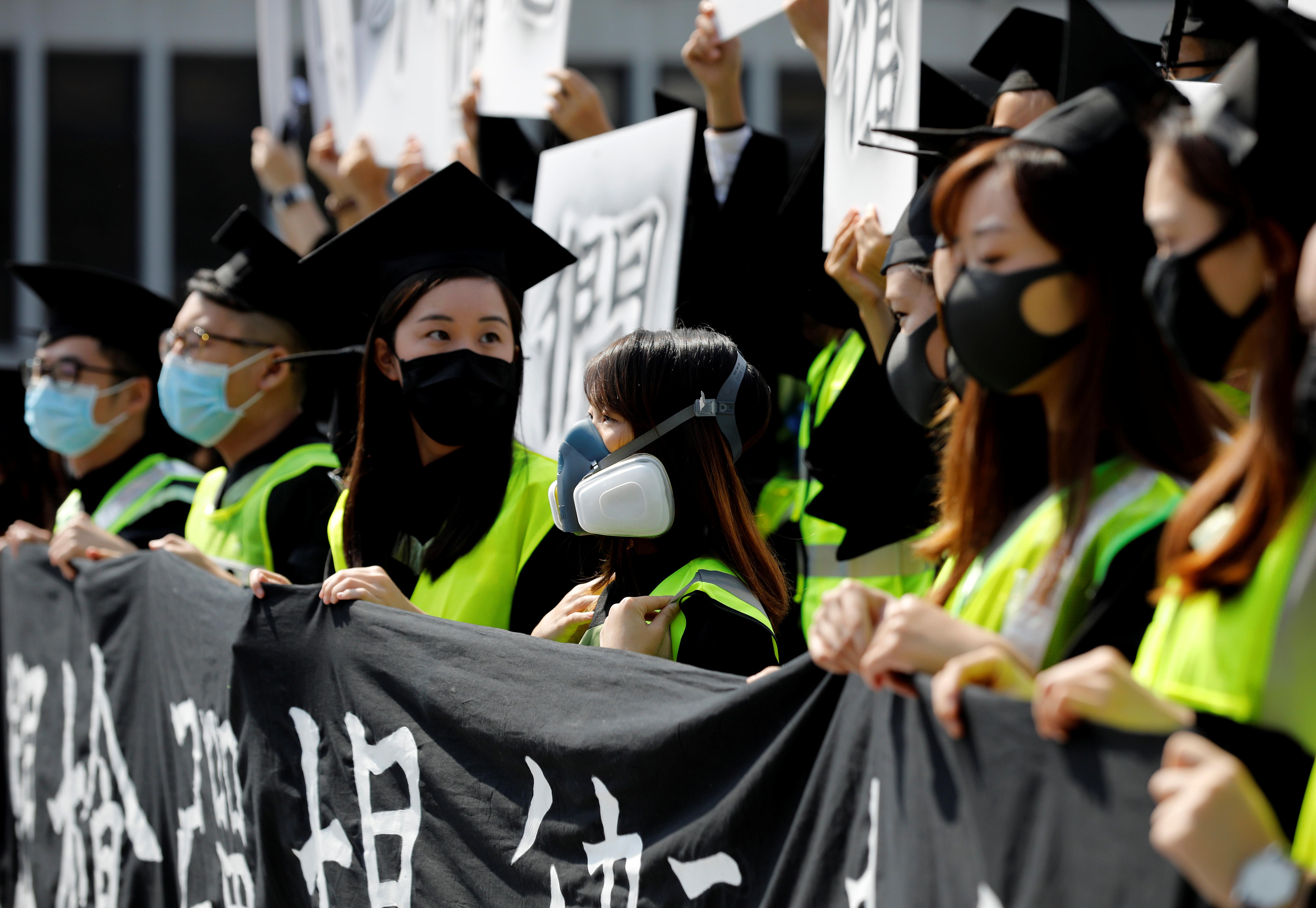 More protests are planned on Thursday and through the weekend, when bigger crowds usually gather.

UNICEF Hong Kong called off its annual Run for Every Child charity road run on Nov. 24 “due to a range of ongoing and uncertain factors”.