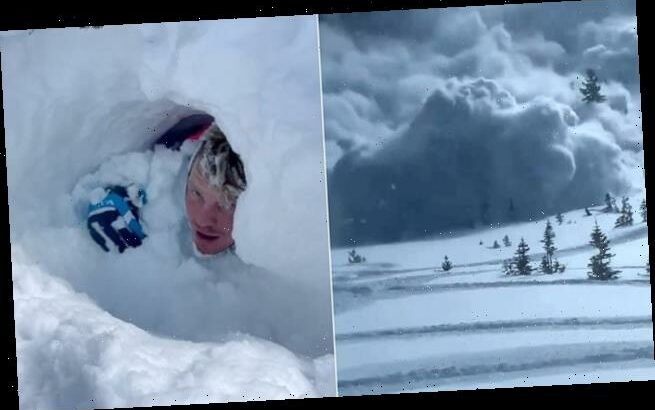 Cell phone footage has captured the terrifying moment a group of snowmobilers got caught in an avalanche while riding in the Uinta Mountains in Utah on Saturday.

Miles Penrose, two of his brothers, and some friends were snowmobiling in an area that they knew well when they started to feel what at first was thought to be an earthquake.

‘As I turned and looked up, I could see the snow wave coming,’ he wrote on his social media page.

‘My brother’s back was turned and I screamed “avalanche” as loud as I could.’

One member of the group managed to capture the entire event with his cell phone. 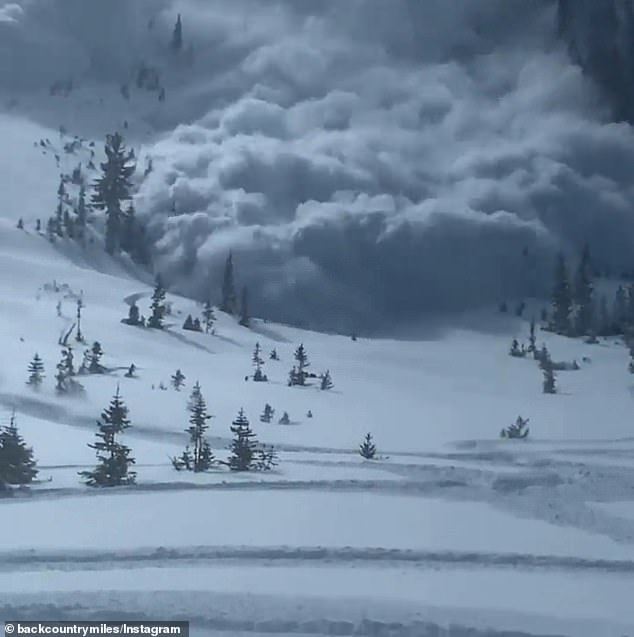 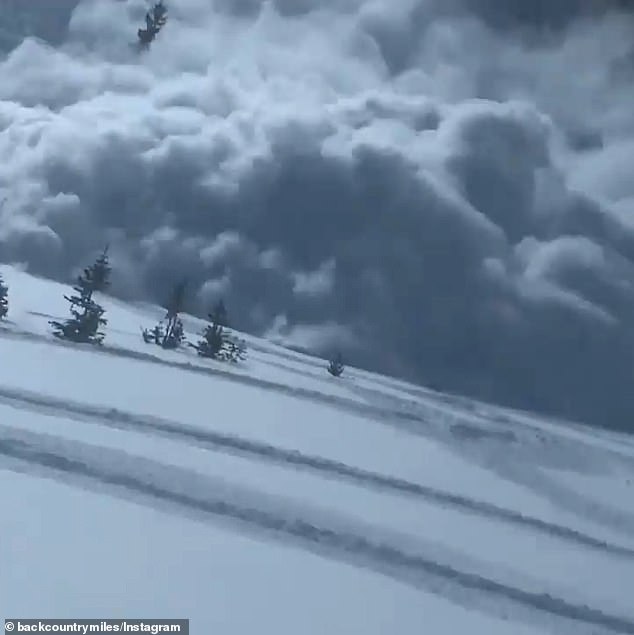 Fortunately, the group of six snowmobilers all survived

Some in the group were either fully or partially buried, among them Penrose’s younger brother, Hunter.

‘There is no worse feeling than having your little brother buried,’ wrote Penrose, who managed to dig his brother out of the snow.

Penrose describe the harrowing moments as he saw the avalanche approaching.

‘A second later the snow hit and the swimming started,’ Penrose wrote.

‘Somehow I only moved about 20 yards and stayed on top of the snow (MIRACLE). Miles Penrose, who posted the video on his social media account, shows an image of his younger brother, Hunter, who was part of the group Hunter was covered up to his face in snow, though his older brother managed to dig him up The image above shows the immediate aftermath of the avalanche. One of the snowmobiles is seen above According to Penrose, two others in the group managed to ‘outrun’ the avalanche Penrose wrote that the person who was filming was ‘buried up to his face’ in snow ‘and somehow was able to hold on to his phone.’

‘Only being buried to my lower chest I dug myself out.’

Two others in the group were able to ‘outrun’ the avalanche. There did not appear to be any injuries among the group.

Penrose wrote that the person who was filming was ‘buried up to his face’ in snow ‘and somehow was able to hold on to his phone.’

Utah officials who monitor the dangers of avalanche said on Sunday that ‘areas of high danger exist in steep upper elevation terrain.’

The Utah Avalanche Center said that the highest danger is on ‘north through southeast facing slopes.’

The avalanche at Uinta Mountains took place on the same day where another avalanche killed four skiers about 200 miles west in Salt Lake Valley.

Three of the deceased were identified as Salt Lake City residents: Louis Holian and Stephanie Hopkins, both 26, and Thomas Louis Steinbrecher, 23. The fourth, 29-year-old Sarah Moughamian was from the suburb of Sandy, Utah.

Four other people were also buried in the Saturday slide but managed to dig themselves out and didn’t suffer serious injuries, according to Unified Police of Salt Lake County.

The skiers were from two separate groups, and all eight had prepared with the necessary avalanche safety gear, authorities said. 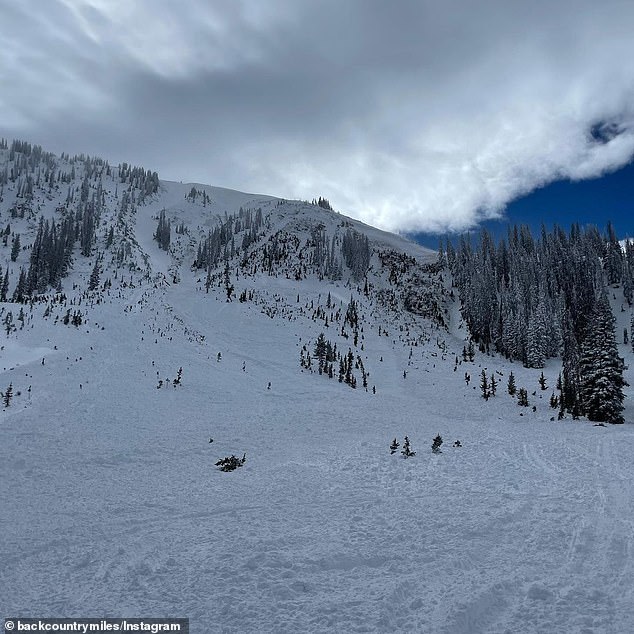 Utah officials who monitor the dangers of avalanche said on Sunday that ‘areas of high danger exist in steep upper elevation terrain.’ 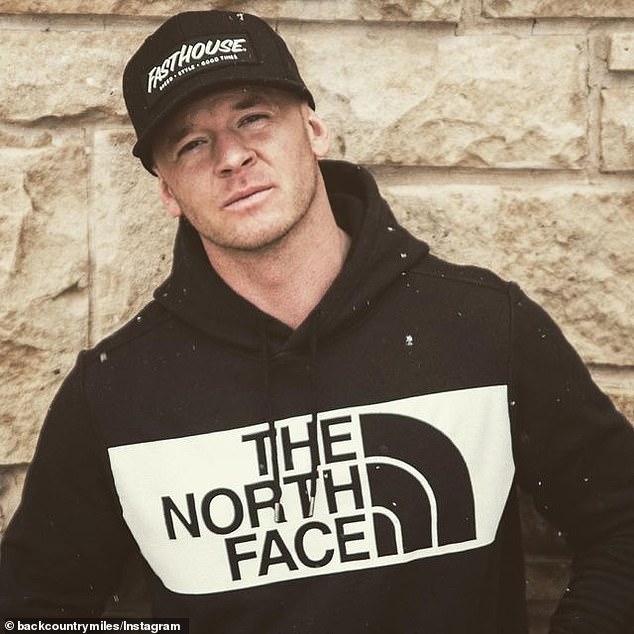 ‘There is no worse feeling than having your little brother buried,’ wrote Miles Penrose (above), who managed to dig his brother out of the snow

The four killed were all from the Salt Lake City area, not far from the spot where they were swept up by the skier-triggered avalanche in Millcreek Canyon.

Intermountain Life Flight helicopter pilot Richard Dobson told the and others scanned the mountainside where eight skiers had been caught in an avalanche.

Dobson said he saw one person conducting CPR on one of the skiers.

‘At that point,’ he said, ‘we knew that the situation was a dire situation.’

‘Our backcountry outdoor community is very connected so this type of loss touches many people and really is heartbreaking,’ Wilson said.

‘These are people who love doing what they did and lived life to the fullest.’ The Uinta Mountains in northeast Utah is 200 miles west of Millcreek Canyon in Salt Lake Valley, where four skiers were killed by an avalanche on the same day

Her daughter grew up ‘playing in the mountains and climbing trees,’ Jill Moughamian, said Sunday.

Keeping up with her brothers likely made her more adventurous, she said.

She added that her daughter found ‘the two loves of her life’ in Utah – her soulmate, who dug her out of the snow but could not resuscitate her, and her love of the outdoors.

‘All of them were beautiful people who love the outdoors,’ Anthony Nocella, a friend of one Holian, told the News.

‘People in the community are really missing them.’

Holian ‘did whatever he wanted to do. He lived life to the fullest,’ Nocella said.

They were experienced skiers who were well known in the community, Drew Hardesty with the Utah Avalanche Center told the Tribune.

The avalanche danger around Salt Lake was high on Saturday, the center said as it tweeted out a warning hours before the avalanche.

A faint distress call alerted police to the slide shortly before noon on Saturday.

The survivors found their four companions and dug them out, but they were already dead, police said.

Avalanches have also claimed other lives in recent days: the bodies of three hikers were found near Anchorage, Alaska, on Thursday. In Colorado, four backcountry skiers have died in two separate slides in the last week. 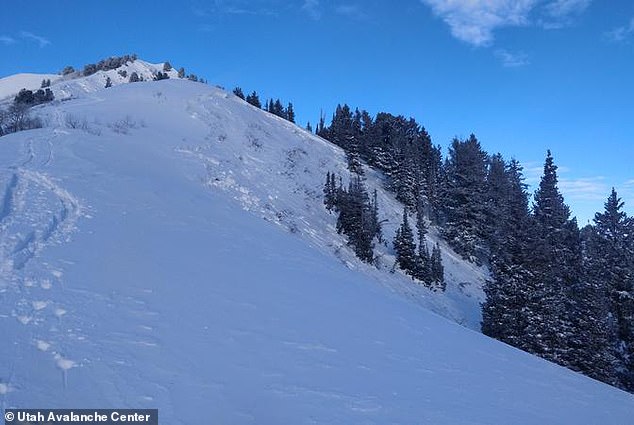 Two of the four skiers who died in an avalanche in Utah on Saturday are pictured above – Stephanie Hopkins (left), 26, and Tom Steinbrecher (right), 23, both of Salt Lake City 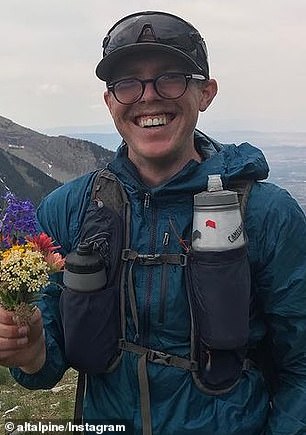 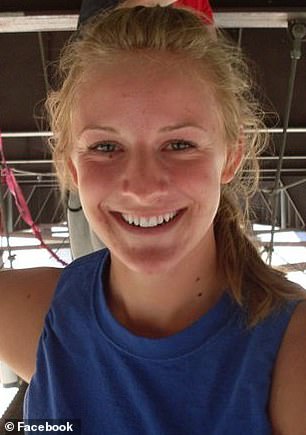 The other two fatalities have been identified as Louis Holian (left), 26, of Salt Lake City, and Sarah Moughamian (right), 29, of Sandy, Utah

Avalanche forecasters and search-and-rescue groups have been worried for weeks that more people would be venturing into the backcountry to avoid crowds and reservation systems at ski resorts during the coronavirus pandemic.

This winter is on track to be deadlier for avalanches than last year.

Numbers gathered by the Colorado Avalanche Information Center show 21 people have died so far this year in the United States, 15 of them skiers.

There are still more than two months left in the season.

Last year, by contrast, a total of 23 people, including eight skiers, died between December and April, the agency found.