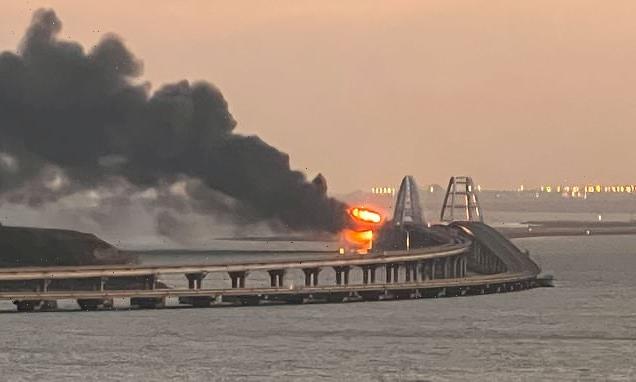 A crucial bridge linking Russia and Ukraine has caught fire in a spectacular explosion.

The only bridge between Crimea and the Russian mainland has been crucial to the Russian military for supplying Putin’s war in Ukraine.

Ukraine has previously threatened to target the bridge and has been targeting Russian logistics in recent weeks. 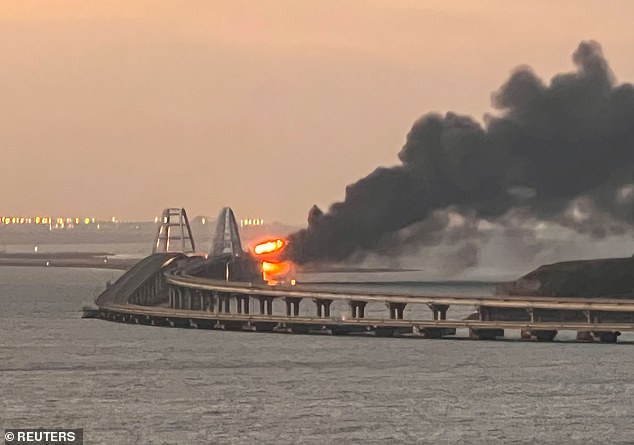 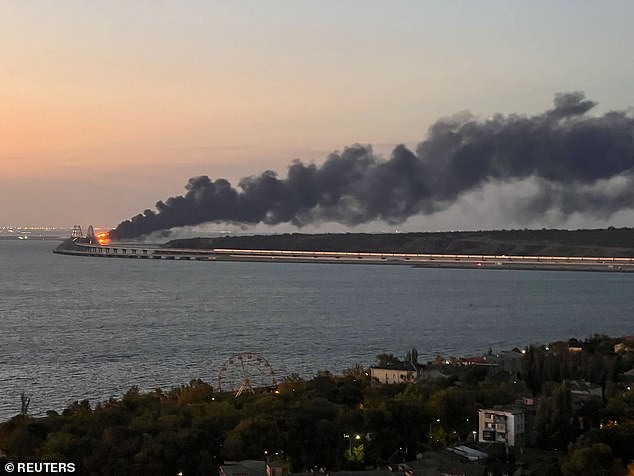 The Kerch Bridge has been damaged as Ukraine continues its counter-offensive against Russian forces in the south and east of the country.

Footage shows the rail bridge engulfed in flames with the road bridge next to it partially collapsed.

Witnesses claimed the huge explosion could be heard from miles away as a train in the middle of the bridge burst into flames.

The cause of the fire is not yet known but Russian state TV claimed a fuel tank was on fire on the bridge.