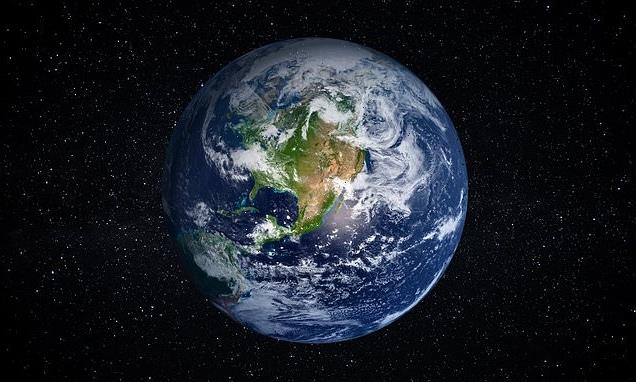 Grim news for doom-mongers! It’s not just the healing ozone layer. The truth is the world’s getting greener, cleaner, healthier – and richer in wildlife, too, writes MATT RIDLEY

Good news, everybody. The ozone layer is probably going to heal. And that’s not all: by the time my (future) grandchildren grow up in the late 2050s, the world could be greener, healthier, cleaner, kinder, more peaceful and more equal — if we allow it.

Why do I think this, when doom-and-gloom activists are always telling us to panic about climate change and some young people are so pessimistic they are refusing to have children?

Because that’s what the data clearly shows. Many of the indicators of planetary and human health are going in the right direction.

The new United Nations report on the ozone layer is indeed good news, though not in the way most of the Press has reported it. It’s a bit misleading to say, as the UN does, that the ozone hole over Antarctica — which re-forms each year — is ‘slowly improving’. After all, the hole in 2021 was one of the biggest ever recorded. 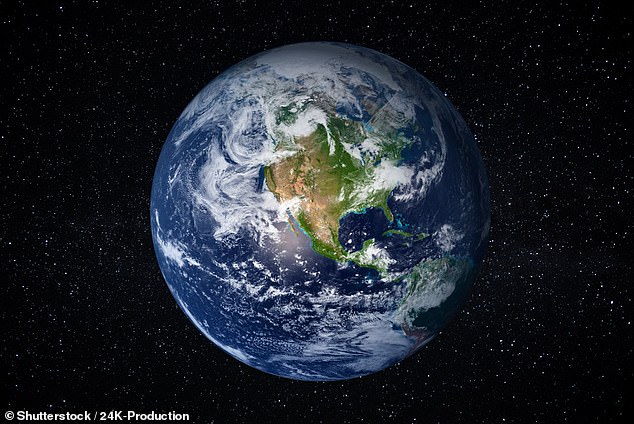 Good news, everybody. The ozone layer is probably going to heal. And that’s not all: by the time my (future) grandchildren grow up in the late 2050s, the world could be greener, healthier, cleaner, kinder, more peaceful and more equal — if we allow it

But the optimism it will now heal in the next four decades comes from the fact that the chemicals that harm ozone — chlorofluorocarbons (CFCs) used in fridges and aerosols — are at last declining fast.

It wasn’t until 2018, when environmentalists exposed China’s continued illicit production of these chemicals, that the Chinese government was shamed into cracking down. (Strangely that fact did not make it into the recent UN press release, presumably lest it annoy President Xi Jinping.)

The UN likes to credit an international agreement reached in Montreal in 1987 for the forecasted good news on ozone, but it also teaches the importance of innovation.

Without new chemicals to replace CFCs, it would have been impossible to get agreement on phasing these out.

And I am equally convinced that we will ultimately solve climate change by finding affordable and reliable ways to generate emission-free energy, not by telling people to stop flying or heating their homes.

Innovation, not austerity, is the way to solve problems.

Despite what the activists may say, the number of people killed in floods, droughts and storms around the world continues to decline every decade. This is largely thanks to progress in disaster responses. 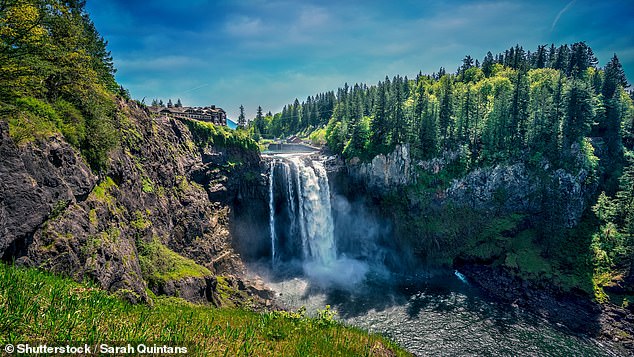 We passed ‘peak farmland’ a few years ago and are on track to release an area of land the size of India back to nature by the 2050s, according to research by Rockefeller University. Snoqualmie Falls near Bellevue, Washington is pictured above

Slowing down climate change, meanwhile, looks increasingly possible thanks to more efficient and safer versions of nuclear power in the short term. In the longer term, nuclear fusion now looks likely to meet the UK’s national demand within a decade or three. It promises limitless energy from relatively small amounts of water and lithium.

Imagine what we could achieve with limitless cheap energy: desalinated water to irrigate the desert, LED lighting to grow food indoors without chemicals, emission-free transport, cheaper housing and heating.

More good news: even with eight billion people on the planet, mass famine has been largely eradicated thanks to improvements in agriculture.

We’re feeding the world better and better but from a smaller and smaller acreage each year. We passed ‘peak farmland’ a few years ago and are on track to release an area of land the size of India back to nature by the 2050s, according to research by Rockefeller University.

There’s tons of good news about wildlife, too. Wolves, sea eagles, beavers, otters, ospreys, peregrines and red kites are now far more abundant than when I was young, partly because we got rid of DDT (a harmful chemical in insecticides) and partly because we started conserving them.

Tigers are holding their own at last in India, pandas are recovering in China and African elephants are currently increasing — while poaching ivory for the Chinese market has largely ceased (for now).

Walruses are thriving in the Arctic, too, which is why they are starting to turn up regularly in Britain. So are polar bears and humpback whales.

Six years ago, I visited South Georgia in the Antarctic Ocean to find booming populations of whales, fur seals, elephant seals, king penguins and other birds, all of which had been driven to the brink of local extinction a century ago. Sure, there’s plenty of worrying declines in wildlife as well, but let’s take note of the successes that conservationists are achieving if only to inspire young people into helping. 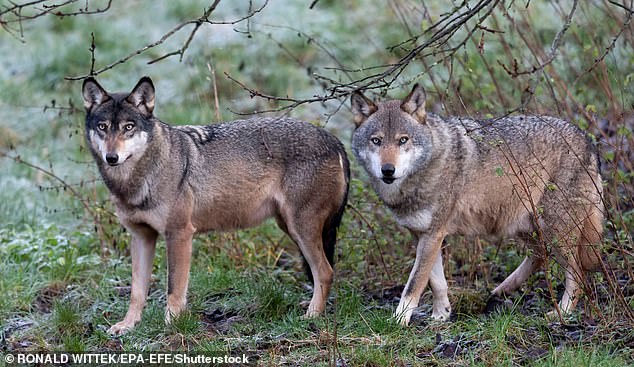 Wolves, sea eagles, beavers, otters, ospreys, peregrines and red kites are now far more abundant than when I was young, partly because we got rid of DDT (a harmful chemical in insecticides) and partly because we started conserving them

Globally, net forest cover is growing again. Even countries like Bangladesh are reforesting fast. Only the very poorest countries still cut down more trees than they regenerate.

Satellites have shown that there is more green vegetation on the planet every year. An area equivalent to twice the size of the United States has been added since the 1980s.

This is only partly because of reforestation, and mainly because the extra carbon dioxide in the air makes plants grow faster and resist drought better. This CO2 fertilisation effect is seen most strongly in arid areas such as the Sahel region of Africa, which has grown markedly greener.

Then there’s the extinction of species. There have been two terrible waves of it, in the late 19th and the mid-20th centuries, mainly caused by invasive rats, cats and diseases introduced accidentally by people travelling on big ships to foreign islands.

But in recent years the pace of extinction has slowed. Conservationists have learnt how to eradicate alien species from islands and how to protect the rarest birds and mammals.

Take the black robin of the Chatham Islands off New Zealand. By 1976, its population was down to seven birds on a small islet. They were moved to a larger island where the rats and cats had been removed. But by 1980 two of the birds had died and none had bred. Just one female survived, Old Blue. Fortunately she was coaxed into laying two clutches in one year. Today, there are 300 black robins, all descended from Old Blue.

Similar heroic conservation stories are increasingly common: the California condor, the bald ibis, the Lord Howe Island stick insect — all rescued from the brink of extinction.

It’s more than 150 years since a European breeding bird species has gone extinct (the last recorded sighting of a great auk was in 1852).

Can we go one better and revive extinct species?

Not yet, but the technology to achieve this is getting closer. We’ve already managed to sequence the DNA genomes of many extinct species, including the great auk. We’ve developed techniques for editing these genomes that may soon enable a cell with the genome of an extinct species to be implanted in a domestic bird’s ovaries. A goose could lay a great auk egg in my lifetime.

This is by no means the end of the good news — which extends from nature to humankind. Indeed, improvements in medicine heading our way are remarkable.

We have seen a step change in the speed of development of vaccines, thanks to the ‘messenger RNA’ technology that was utilised in our Covid jabs.

Cancer treatments have come on by leaps and bounds, too, both in survival rates and in terms of less brutal therapies.

And the day when we can cure or prevent Alzheimer’s disease may not be far off after recent developments. Malaria mortality, the scourge of Africa, is falling steeply thanks to insecticide-treated bednets.

New medical problems will, of course, emerge — as the pandemic reminds us. But perhaps if we stop fiddling with bat viruses in city-centre laboratories that need not be so often.

So here’s my message to the grandchildren I hope one day to have. Ignore prophets of doom like Greta Thunberg. By the 2050s you could be living in a world that is greener, cleaner, less polluted and richer in wildlife, while enjoying abundant energy to support a comfortable lifestyle with vaccines and drugs to prevent or cure many of today’s diseases.

What could prevent that?

Human folly, that’s the main threat. Whether it comes from bellicose autocrats like Vladimir Putin, misguided opponents of biotechnology innovation like Greenpeace, or the many complacent bureaucratic enemies of growth, there are plenty of people trying to make the future worse. Don’t let them!

Matt Ridley is a former Tory peer and author of How Innovation Works.