Theresa May struggles on: Rasping PM shows the strain after late-night EU talks leave her battling her own VOICE during last-ditch Commons plea

Theresa May fought a running battle with her own voice today as the toll of the last few days of Brexit battles on her health was laid bare.

The Prime Minister brought back memories of her 2017 Conservative Party Conference speech as she was reduced to a croak as she addressed MPs in the Commons.

After a red-eye trip to Strasbourg to meet Jean-Claude Juncker on Monday night she was noticeably hoarse as she introduced the motion for her doomed second meaningful vote.

But she made light of it in the face of barracking and offers of throat sweets from Labour and other opposition MPs she joked: ‘You may say that but you should hear Jean-Claude Juncker’s voice after our talks’. 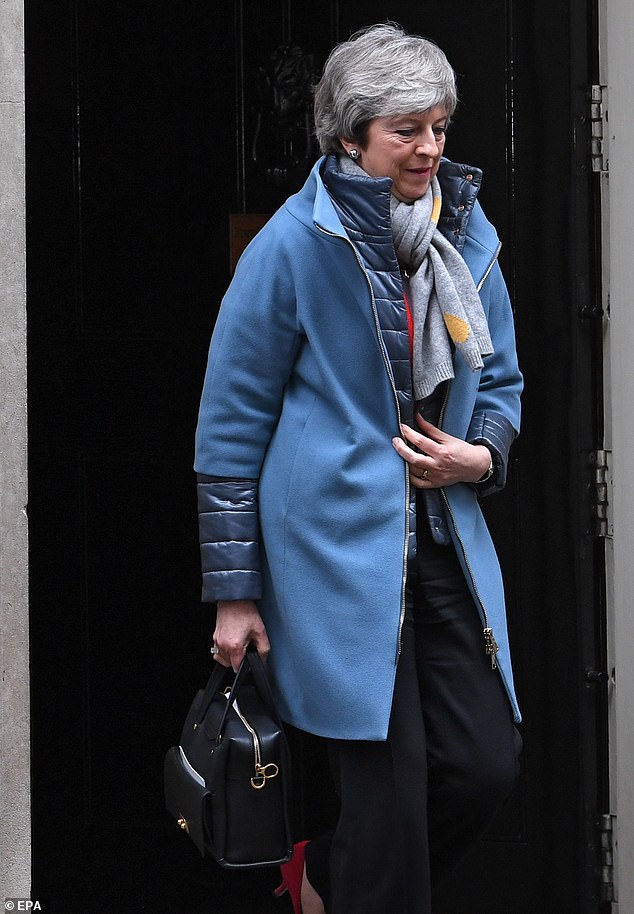 Theresa may leaving Downing Street this morning after a Cabinet meeting. She struggled with her voice at the Dispatch Box as the Brexit end game took its toll 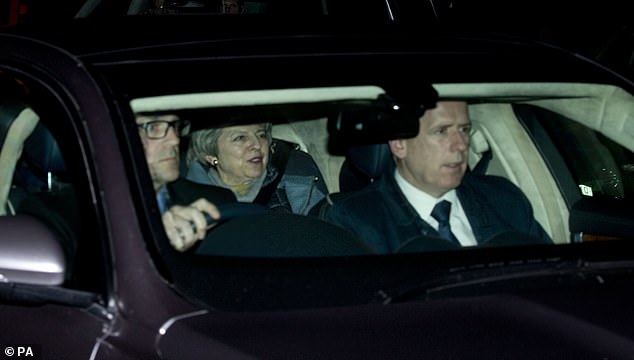 She then continued to talk for around an hour to deliver a statement that was extended by a string of interruptions from MPs on both sides of the Commons.

She told them: ‘A lot of focus has been on the legal changes – but if this vote does not pass Brexit could be lost’.

And in a last-ditch plea for support she added: ‘This is the moment and this is the time – time for us to come together, back this motion and get the deal done. 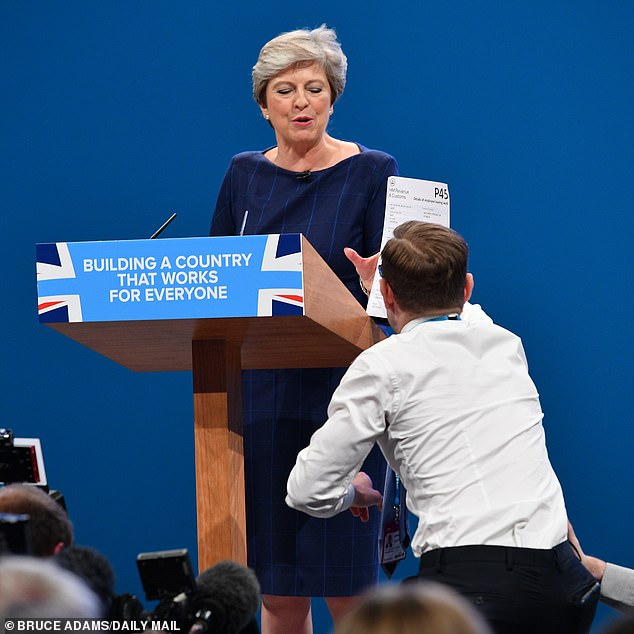 Theresa may’s 2017 party conference speech in Manchester saw her also struggle with her voice. It got worse as the speech was marred by a stunt by comic Simon Brodkin, also known as Lee Nelson

The Prime Minister’s struggle to speak after a long and gruelling battle over Brexit brought back memories of her battle with a cough at the party conference in manchester two years ago.

She struggled with a cough and a hoarse voice that forced her to pause repeatedly and needed large gulps of water and throat lozenges to get through it.

It was not helped by a high-profile incident involving prankster Simon Brodkin, also known as Lee Nelson, who was arrested after making it to the stag to hand her a spoof P45.