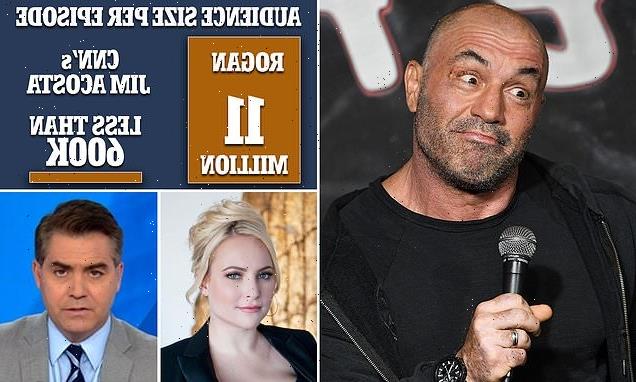 MEGHAN MCCAIN: Joe Rogan’s incredible popularity should make our media elite reflect on where THEY are going wrong – instead they are reaching for a fix of their favorite drug and trying to deplatform him

There is no one in America — other than President Trump — who gets people on the left to spiral out of control and start behaving irrationally quite like Joe Rogan.

I first became aware of Rogan when he was the host of the television reality show Fear Factor. He is also a comedian, actor, UFC commentator, and currently the host of the most popular podcast in America.

Unless you have been living under a rock, you probably already know this.

I got turned onto his podcast a few years ago when friends of mine, like Tulsi Gabbard, Bari Weiss and Michael Malice, started appearing as his guests.

They all came away from it having a very positive experience and seemed to enjoy being given the time and space to explain their politics.

I started listening to his podcast more frequently during the pandemic lockdowns when he became a contrarian voice of sanity while so many in the media reached the heights of lockdown hysteria.

I have chosen to politely ignore the fact that one of Joe’s frequent guests, comedian Tim Dillon, does a parody of me that is simultaneously bizarre, unnecessarily cruel and unfunny.

I can look past the fact that Mr. Rogan finds it hilarious and has brought it up on multiple occasions on his show. 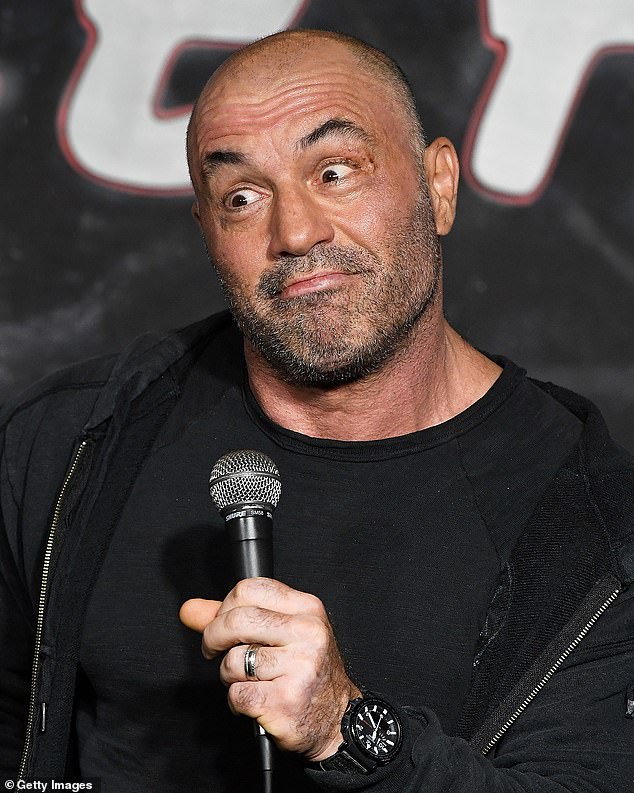 I started listening to Rogan’s (above) podcast more frequently during the pandemic lockdowns when he became a contrarian voice of sanity while so many in the media reached the heights of lockdown hysteria. 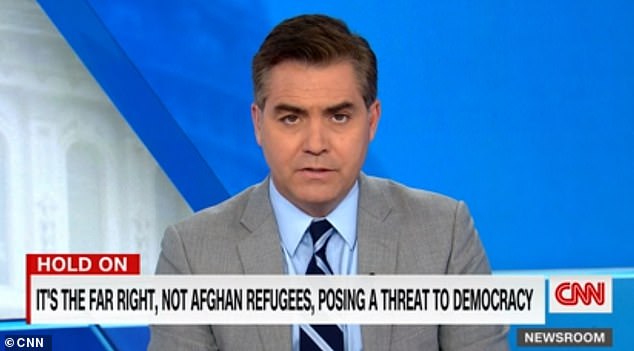 CNN’s Jim Acosta (above) can barely break half a million viewers a night on his new primetime show, Joe Rogan is garnering an estimated 11 million listeners per episode on his podcast.

Do I always agree with everything Joe and his guests say or believe? No.

I am vaccinated and still don’t believe that means I have done something to impact my fertility or ovaries, which was strongly implied by his recent controversial guest Dr. Robert Malone.

On the other hand, they also explored the topic of possible cardiac issues related to the vaccine, and anecdotally, I do have a friend who experienced heart conditions and had to see physicians after receiving the vaccine.

I think open conversations are important and continue to be confused by the ever-growing number of censors in our mainstream corporate media.

I, like so many others, have gone elsewhere in the past three years for my news.

I no longer consume very much cable or network news for commentary and instead listen to podcasts and subscribe to my favorite cancelled writers on Substack.

I am not a vaccine skeptic, but like so many Americans I have an intense distrust of the CDC and Dr. Fauci, which began when I gave away the masks I had in my apartment in NYC at the beginning of the pandemic because we were told masks don’t work.

They later admitted that masks do work and this was simply a lie told to the American public so they wouldn’t hoard masks and there wouldn’t be a shortage of them for essential workers.

Now they’ve admitted that most of the masks we use DON’T work very well.

The American public is generous and Americans are reasonable people. If we had been told the truth people would have donated their masks, I am sure of it.

But instead, we were lied to because the people in charge clearly don’t trust us with the truth.

This was the original sin from Fauci that I have never been able to shake, because he freely admitted that he was lying to us when it is expedient.

It is reasonable to understand that his lie encouraged even more doubt from the American public.

Distrust of the American people has also led to bizarre censorship of conversations and ideas, which on a very basic level is innately un-American and dangerous.

Why is this the answer from so many politicians, commentators, and people who work in entertainment censorship?

My entire life and livelihood exist because I live in a fully-free, First Amendment-protected country.

That means every single time I say anything publicly or write a column, people can tell me how much they hate me and want me to die without recourse.

I will take that every single day of the week versus a fascist environment of censorship that so many citizens of other countries are at the mercy of.

Freedom, was, is and will always be important to me. I believe in it on every level of who I am, like the vast majority of Americans. I grew up in a home where my parent was tortured and almost died for freedom.

Why are we letting so many irrationally-unhinged people try and stifle it?

Now musicians like Neil Young and Joni Mitchell and researcher and Spotify podcast host Brené Brown are retaliating against Spotify by removing or withholding their content from the service.

But whether they like it or not, America and Spotify aren’t simply there for them and people who think exactly the way they do.

Free speech doesn’t only exist when people are saying what you want them to say.

I think so many people in corporate media are missing the point of Joe Rogan.

He has built an empire and level of trust that is almost unfathomable.

I can remember having a conversation with a friend and crew member when I worked at The View about the insanely-left politics of the show and he told me he only listens to Joe Rogan because he was the only person really speaking for him in the media.

So, why aren’t people in corporate media asking themselves, as their ratings dwindle to almost pathetic levels, why so many Americans have turned to Joe Rogan instead?

While CNN’s Jim Acosta can barely break half a million viewers a night on his new primetime show, Joe Rogan is garnering an estimated 11 million listeners per episode on his podcast.

What should come of this is some serious self-reflection in the media about why a huge majority of the American public neither trusts nor cares what so many corporate mainstream journalists and commentators are saying.

Instead, there is a hysterical clamoring to deplatform Joe Rogan off of his Spotify platform.

Censorship and deplatforming is the opiate of the Left and they can’t stop jonesing for a fix.

Their only answer is to cancel people and remove their voices from society. The harsh reality is that some people simply cannot be deplatformed or cancelled and Joe Rogan is at the very top of that list.

Ultimately, I don’t know where Spotify will land but given the gargantuan financial investment they have made into Joe Rogan’s show, I find it unlikely they will kick him off their platform because a bunch of irrelevant boomer musicians are demanding it.

What I am certain of is that – no matter what happens – Joe Rogan and his loyal audience are not going anywhere, and instances like this where the media elite try to tell his fanbase what they can and can’t listen to, only makes him more powerful.