In order to use the bathroom at the fast-food restaurant in Maroochydore, Queensland, customers claim they have to first place their order and use the code on the bottom of the receipt to get access to the toilet – a system in place at multiple McDonald’s restaurants in the UK. 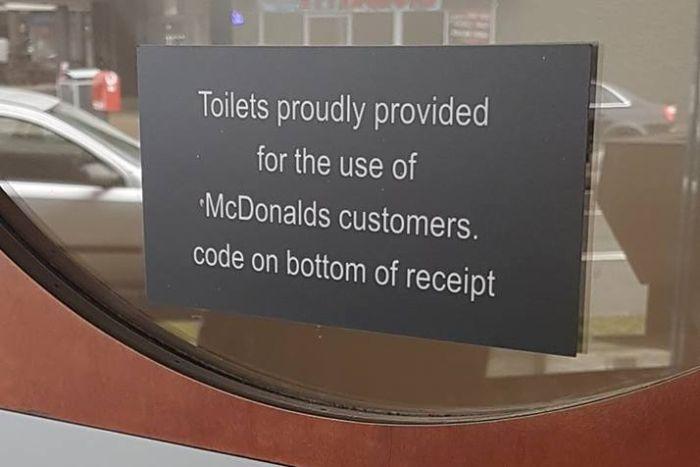 Numerous people have taken to social media to criticise the policy and claim the amount of extra time it takes to go the bathroom has already caused one “accident” and other near-misses.

The sign was attached to the toilet door and read: “Toilets proudly provided for the use of McDonald’s customers. Code on bottom of receipt.”

Ms McDonald posted the image to social media after going to the fast food store for lunch with her 90-year-old grandmother. 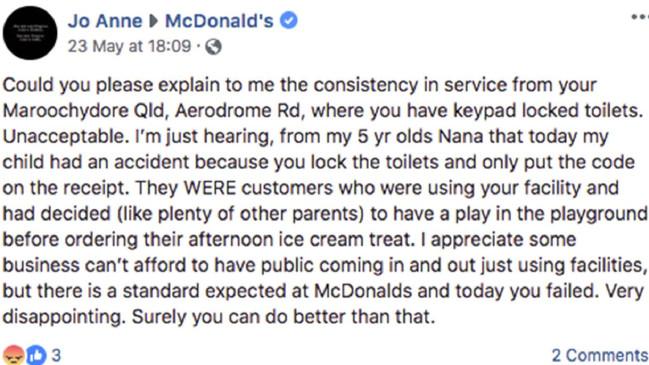 Her grandma has to use a walker to get around and she said this meant it took them about five minutes to walk from the carpark to the toilets, only to realise that they had to walk back and order to get in.

“At least 10 or so minutes would have passed where a near 90-year-old has had to hold their bladder,” Ms McDonald wrote.

“They are lucky they didn’t need to get out the mop and buckets. And probably lucky I didn’t have my kids with me too.”

She thought that the locks may have been introduced as a way to stop drunk youths from vandalising the bathrooms late at night but still described it as a “bit of an overkill”. 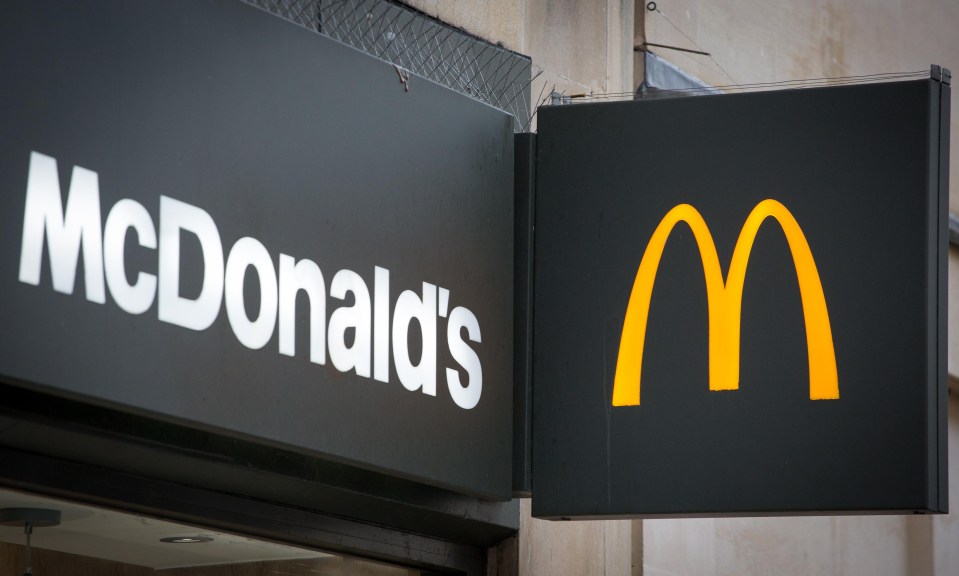 “Why cant the doors be unlocked until a later time like 8pm or something to allow easy access to the bathrooms for kids, pregnant ladies and disabled or elderly people?” Ms McDonald wrote.

A couple of weeks earlier another woman, Jo Anne, took to Facebook to complain about the toilet policy claiming her child had an “accident” because of the coded locks.

“Today my child has an accident because you lock the toilets and only put the code on the receipt,” she said.

“They WERE customers who were using your facility and had decided (like plenty of other parents) to have a play in the playground before ordering their afternoon ice cream treat.”

She added that the store “failed” to meet the standard expected of McDonald’s restaurants.

A McDonald’s spokesperson responded to Jo Anne’s criticism saying they would raise the concerns with the Maroochydore location.

A spokeswoman for the chain told theABC it is not policy to lock bathroom doors but it was the decision of the store.

“The local licensee has made this decision, however, they are able to be opened for anyone who requires them,” she said.

A version of this article was originally published on news.com.au.