McDonald’s employee gave water to girl, 7, who was vomiting after cancer treatment – then asked her mother to pay £1.29 for it

An appalled mother says she was told to cough up the cash for a bottle of McDonald’s water, which had been given to her seven-year-old daughter who had been vomiting due to receiving cancer treatment.

Beth King had taken her daughter Lola Griffiths-King to a McDonald’s in Merseyside, after the youngster had undergone treatment for chemotherapy.

Lola, had felt nauseous and began vomiting in the fast food chain after having treatment on Saturday morning, October 6. 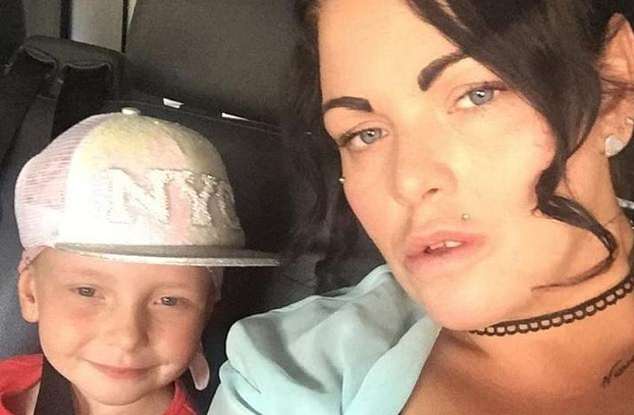 Lola has had acute lymphoblastic leukaemia since birth, but was only diagnosed in January and since then has struggled to eat.

The youngster had asked to go to McDonalds at around 3.30pm, with her mother Beth and her five-year-old- sister Stella.

Speaking to the Liverpool Echo, Beth said that Lola has been undergoing ‘intense chemotherapy’ since January and is rarely hungry.

‘Lola said she wanted to go to McDonald’s and I said I’d take her because of her condition.

‘She has zero energy and a low appetite so if she wants something, I tend to let her have it.’

However, while Beth and five-year-old Stella were eating, Lola, who now weighs three stone and six pounds, began to feel unwell and started to vomit. 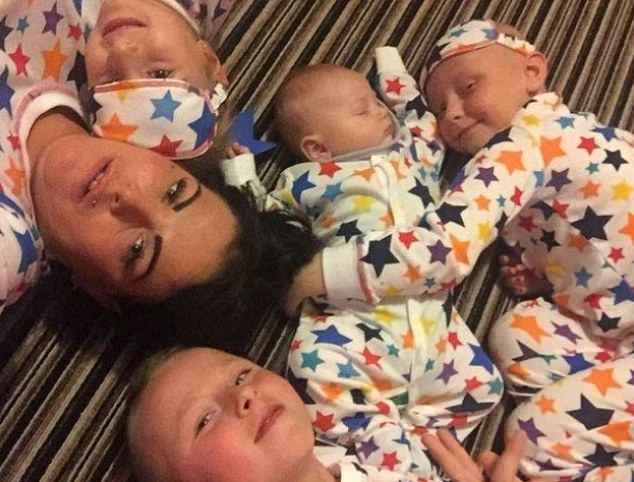 Lola (right) was diagnosed in January, but has had acute lymphoblastic leukaemia since birth

Her mum believes this is due to her having chemotherapy at 9am that morning.

The 30-year-old said: ‘She hasn’t eaten for days, while me and her baby sister [were sitting there] she starts to throw up as her chemotherapy wiped her out for the day.

‘She was dead embarrassed, she is anyway, as people always stare because she’s got no hair. 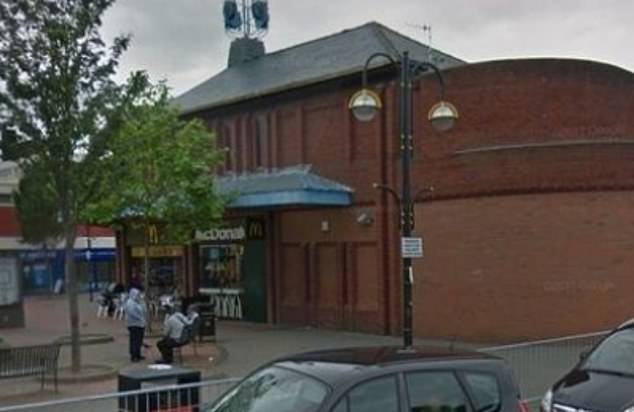 The McDonald’s in Liscard, Wallasey, Merseyside, where the employee gave Lola the water

‘The cleaner came over with a bottle of water, as Lola can’t drink tap water, because she was being sick.’

Beth, who is a full time carer for Lola, was left reeling when the cleaner at the Liscard Crescent branch in Wallasey, reappeared minutes later asking her to pay for £1.29 for the water.

Beth recalled: ‘The cleaner came back over and said the manager asked her to collect the money for the water.

‘I asked for the manager to come and see me herself five times, and waited 40 minutes, but no one arrived.’

The mother-of-four made her way over to the counter and demanded to speak to the manager, and claims she was met with a staff member who said she knew nothing about the incident.

Beth said: ‘I went over to the counter and spoke to the manager and people in the queue were saying ‘that’s disgusting’ and offering to pay the money themselves, but I told them not to.’

Since Lola’s diagnoses in January, Beth said this is the first time anything like this has ever happened, and she is ‘appalled’.

The following day, Lola, who attends the Park Primary School in Wallasey, was rushed into hospital after being unwell.

The seven-year-old underwent a blood transfusion last night and has been put into isolation at Alder Hey Children’s Hospital .

A McDonald’s spokesperson said: ‘We want our customers to enjoy every visit to McDonald’s and to know how much we appreciate them.

‘We would never wish to cause upset or distress to anyone who is in need and would always look to make people feel as comfortable as possible when in our restaurants.

‘We are very sorry for any upset that may have been caused in Liscard on Saturday and we would be very happy to meet with the customer to discuss the incident in more detail.’