Russia's recent decree essentially legalizing intellectual property theft leaves brands like McDonald's (MCD) and Starbucks (SBUX) with no legal recourse if copycat businesses use the brands as their own.

Over the past two weeks, Russian officials have stripped away IP rights from U.S. companies doing business in Russia, along with foreign companies from 23 other “unfriendly” territories.

As a result, companies like McDonald's and Starbucks that have left Russia to protest its invasion of Ukraine can do little when Russian businesses steal their trademarks. In fact, trademark applications were filed in Russia this week that bore a striking resemblance to marks belonging to Ikea, Instagram (FB), McDonald's, and Starbucks, trademark attorney Josh Gerbennoted. These companies can't immediately fight back because challenges for unauthorized use are largely limited to Russian courts, Gerben told Yahoo Finance.

Gerben expects Russian lawyers to avoid any appearance of sympathy to Western interests.

“The fact is that the courts are going to be stacked against you,” Gerben said. “And the fact is you might not have a willing counsel over there to help you, because they fear for their own safety.”

Russian trademark squatters are out in full force.

In the past week, Russian trademark filings have been made for:

Russia's decision to upend its IP rules — in direct response to sanctions from the West — puts company executives in a tough position.

On one hand, companies might protect corporate assets by staying put, at least temporarily. And on the other, businesses could stoke costly moral and political backlash, plus jeopardize worker safety, if they continue doing business in Russia. For its part, McDonald's still has some presence in Russia, as certain franchised stores remain open. 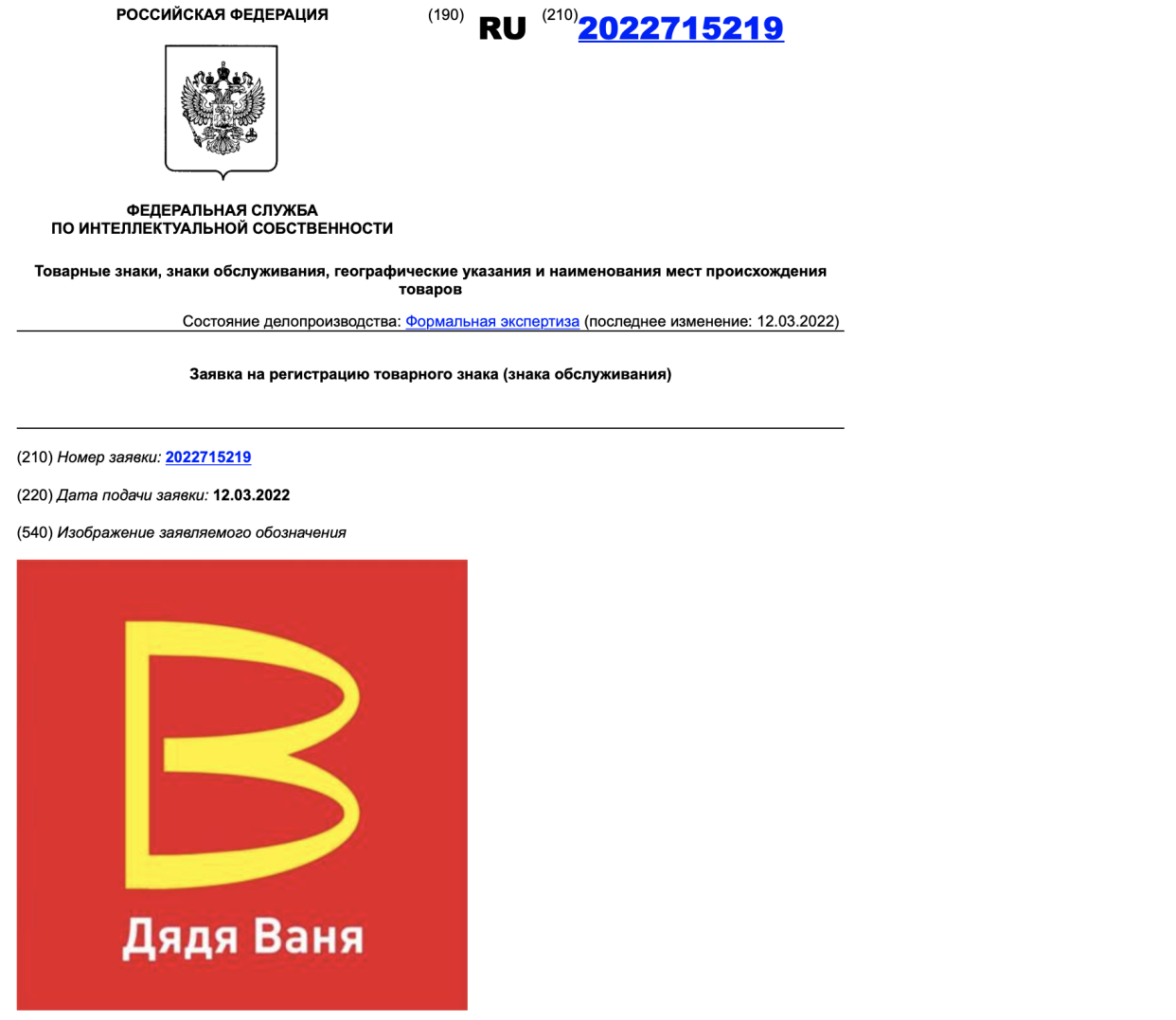 Just how much IP is in jeopardy is unclear.

This week's trademark applications add to separate violations condoned in Russian court, earlier in March. In one case, a Russian judge denied compensation to a Hasbro (HAS) subsidiary, even though an entrepreneur used its "Peppa Pig" and "Daddy Pig" trademarks. The judge acknowledged denying the relief because of Western sanctions, Law360 reported.

In theory, the World Trade Organization can settle IP disputes between the U.S. and Russia under the Agreement on Trade-Related Aspects of Intellectual Property Rights, according to Justin Hughes, an intellectual property law professor with Loyola Law School. However, even though the U.S. and Russia both signed onto the treaty, that path isn't likely because the U.S. suspended normal trade relations with Russia.

“In the past it would have been possible,” Hughes said. But, he added, “The U.S. has already said the normal rules for our international commercial interaction are over.” 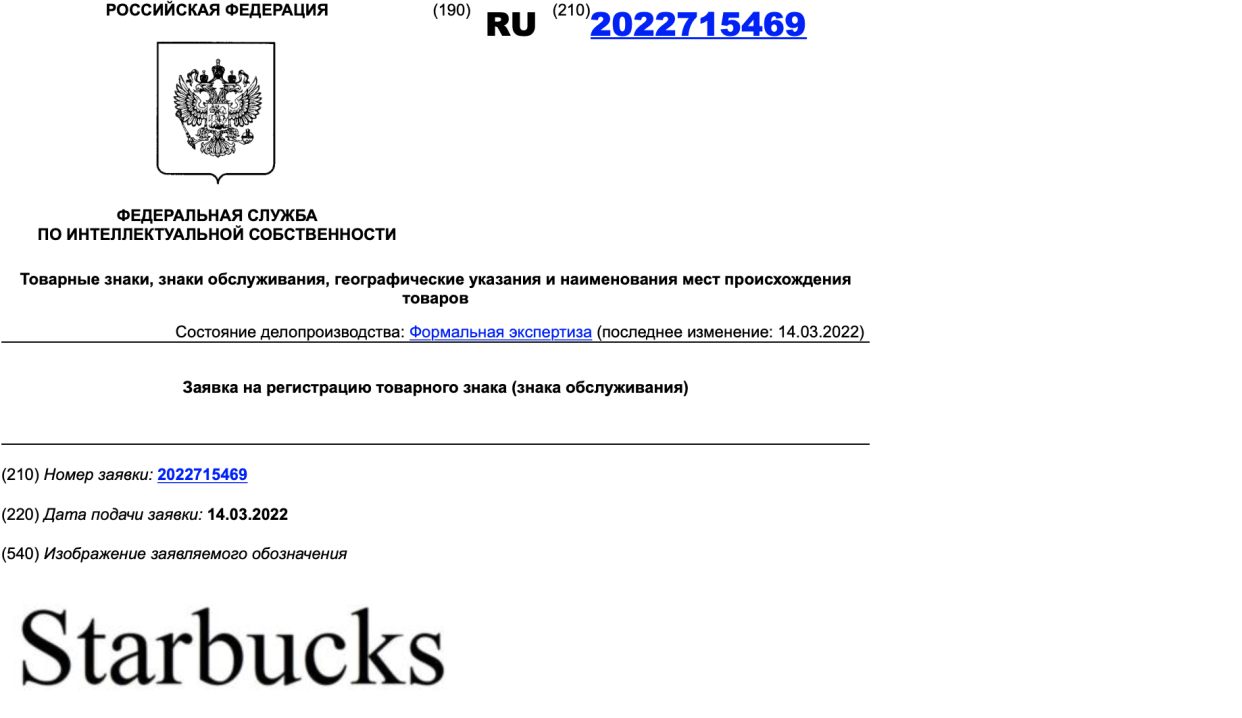 No U.S. corporation will win in Russian IP court

“At the moment, it would certainly not be a good idea to bring a lawsuit in Russia,” Haight Farley said. “No U.S. corporation is going to win that legal battle in the court.”

As for the WTO, she adds, there’s little chance the path can offer U.S. companies immediate relief, because they must rely on the U.S. government to bring disputes before the organization and, right now, the issue is not likely top of mind for government officials.

While the recent applications for McDonald’s and Starbucks’ trademarks may be more brazen assaults on U.S. IP than in Russia’s past, Hughes said the assaults are nothing new.

“The Russian Federation has been a notorious zone of counterfeiting and piracy for years and years,” he said. “It’s not like they’re suddenly turning their back on IP. They’ve never been good at enforcing it.”

He points out Russia’s designation on the Office of the United States Trade Representative’s (USTR) priority watch list in 2021, 2020, and 2019. More recently, on March 11, the U.S. Trade & Patent Office announced it terminated its engagement with Russia’s intellectual property agency, the Federal Service for Intellectual Property, also known as Rospatent.

McDonald’s, Facebook, and Starbucks didn’t respond to requests for information on what if any responsive actions they're taking to protect their IP. An Ikea spokesperson said, “We don't want to speculate. It is too soon to talk about any potential consequences of this.”