Disturbing footage has emerged of a fight between a McDonald’s employee and a customer after the woman went behind the counter in an apparent bid to serve herself.

The clip shows the customer appearing to taunt the worker at the takeaway in Camberwell, south London before the woman slaps her and pulls her hair.

A witness said the woman was angry at the time taken to prepare her order and went behind the counter to confront the worker.

The footage shows the customer appearing to try to flick the woman’s face after she picks up the order receipt. The worker then slaps the girl and then grabs her hair and hits her head as a scuffle ensues. A security guard escorted the woman out of the restaurant and the worker was taken away by a colleague.

The incident happened in the early hours of Saturday, April 28.

A witness, who asked not to be named, said: ‘From what I could hear, the girl was upset that her and her friends’ order was taking too long so she decided to go behind the counter and get the food herself.

‘After the incident, the worker got taken to the back of the store and the girl was escorted outside by the security guard.

‘The girl was there for a further ten minutes insulting the security guard and causing a scene. Eventually her friends walked off and left her then she followed shortly after.’ 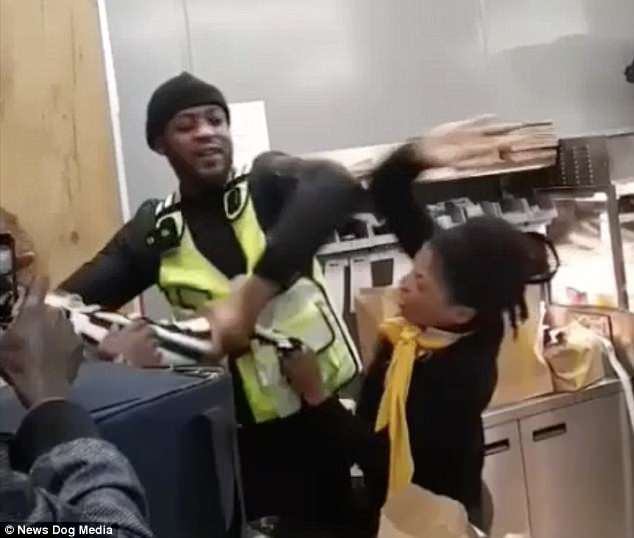 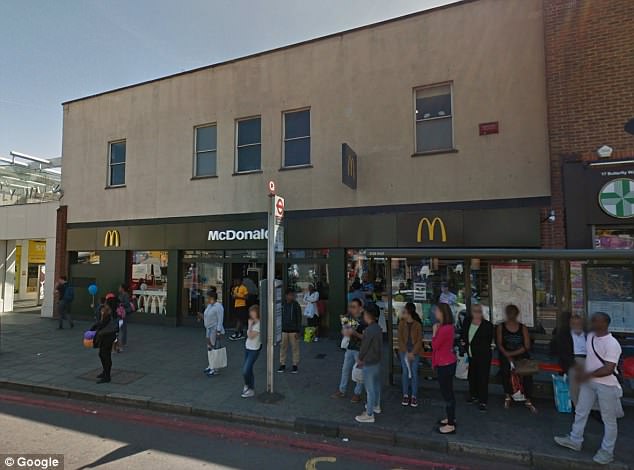 The incident happened at this McDonald’s in Camberwell, south London on Saturday