PICTURED: McLaren exotic supercar worth at least $300,000 is left abandoned in Nevada desert after rollover crash

The Nevada Highway Patrol last week tweeted out photos showing a totalled McLaren supercar that was ditched in the desert after a devastating rollover crash.

According to the May 11 tweet, both the driver of the exotic car, identified as a McLaren 720 Monocage II, walked away from the crash with a few scrapes and bruises because both were buckled up. 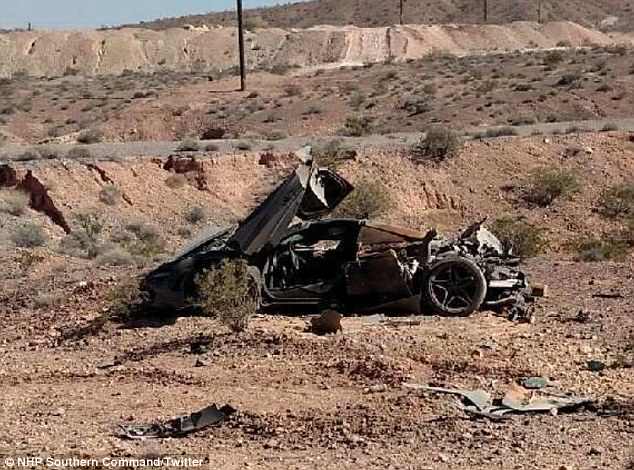 Wrecked and ditched: This luxury McLaren 720 Monocage II is pictured resting in the Nevada desert after a May 11 rollover crash 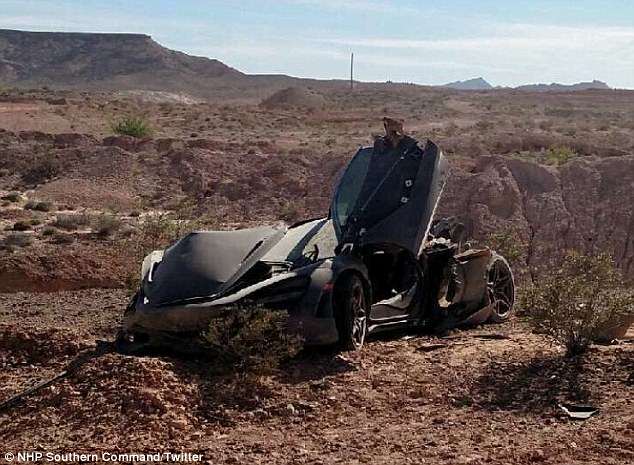 The high-end supercar with a $300,000 starting price was taking part in a rally when the driver apparently lost control on a turn 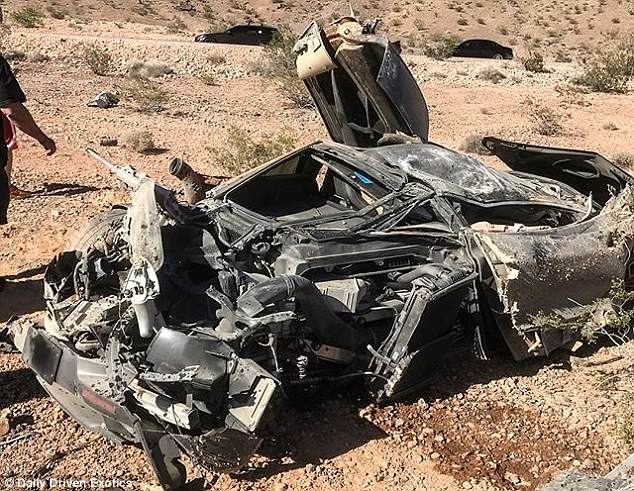 Close call: The coup rolled over at least once and narrowly avoided falling into a ravine

The luxury vehicle, which has a starting place of nearly $300,000, crashed near Lake Mead while taking part in a cross-country exotic car rally alongside Lamborghinis and Bugattis.

Photos and videos shot at the scene show the high-end coup mangled beyond recognition and covered in a thick layer of dust and grime after the driver apparently lost control on a turn and landed in the desert, having narrowly avoided plummeting into a deep ravine.

Photos depict the supercar with one of its butterfly-style doors sheared off and a portion of its carbon fiber roof caved in. 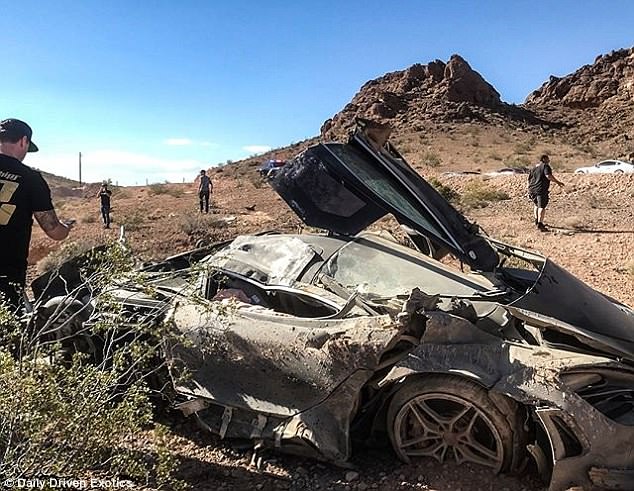 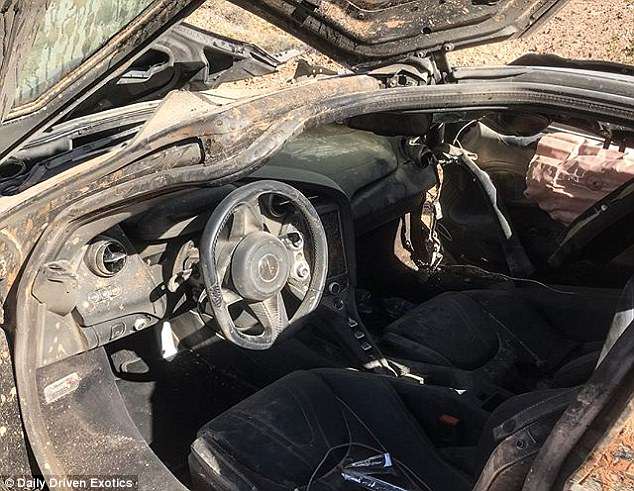 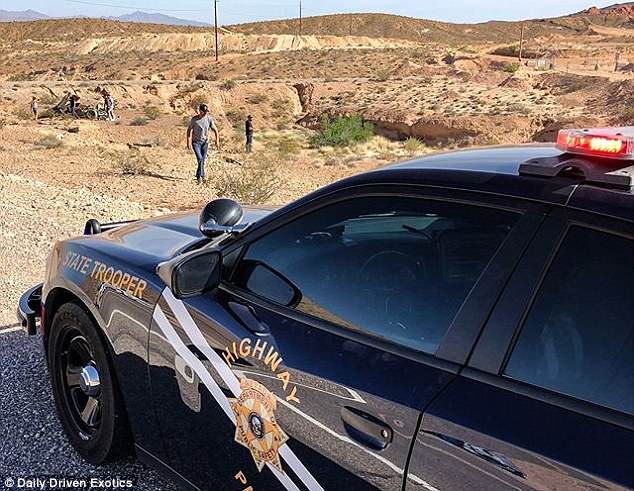 By the time highway patrol officers arrived at the scene, the driver and the passenger had left, reported Fox News. After searching the area, the officers learned that the occupants of the vehicle had gone to a hospital to seek treatment for some minor injuries.

The driver of a Lamborghini Huracan who participated in last week’s rally said in a YouTube video shot at the scene by Daily Driven Exotics that he spoke to the occupants of the wrecked McLaren and learned that both were in good health.

According to a review by Car and Driver Magazine, the McCLaren 720 Monocage II has a 710-horse power twin turbo engine and can reach a top speed of 212mph. It also can go from zero to 60 in 2.7 seconds, making it one of the fastest-accelerating cars on the market.

Click here to watch the Daily Driven Exotics video from the scene of the crash. 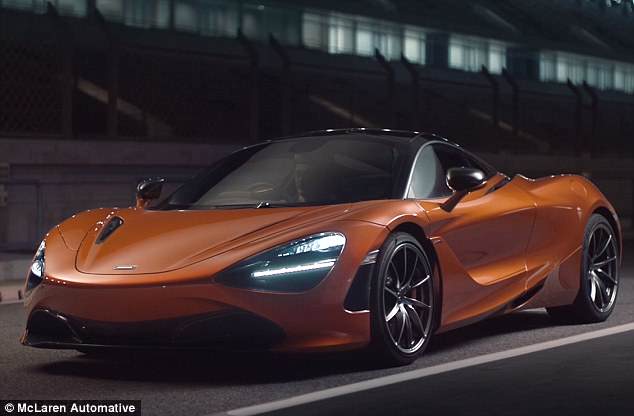 Fierce: The McCLaren 720 Monocage II has a 710-horse power twin turbo engine and can reach a top speed of 212mph