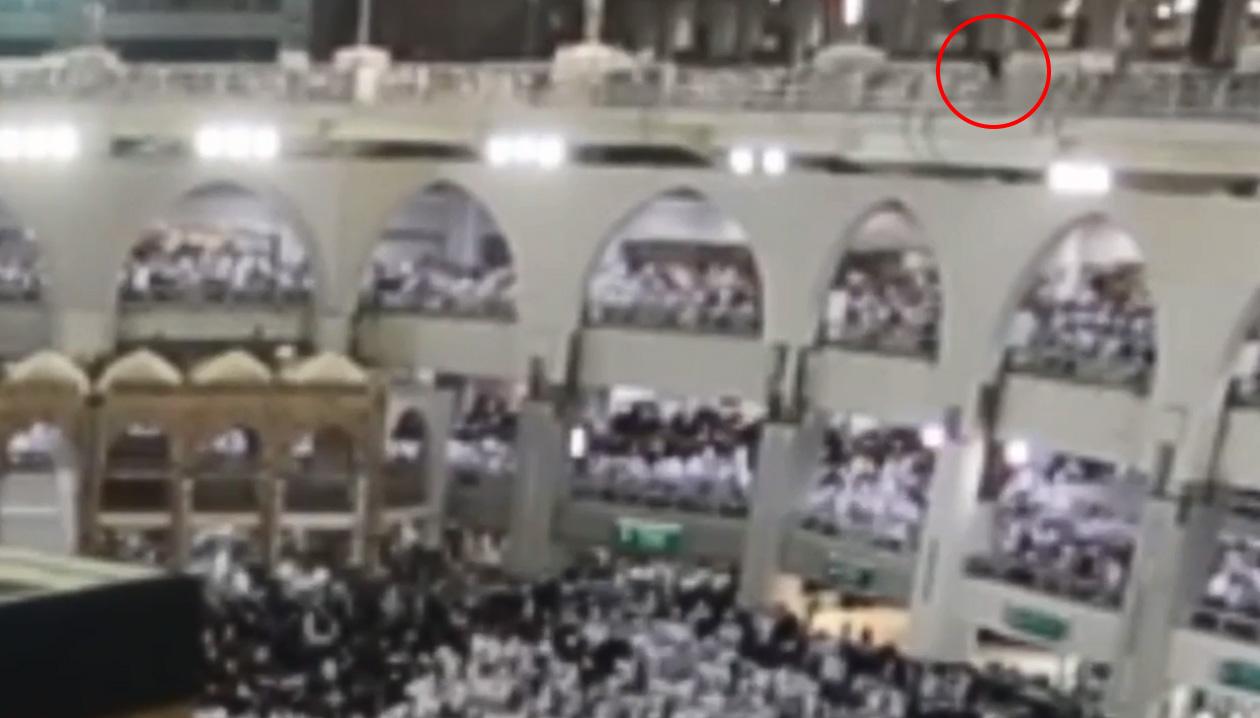 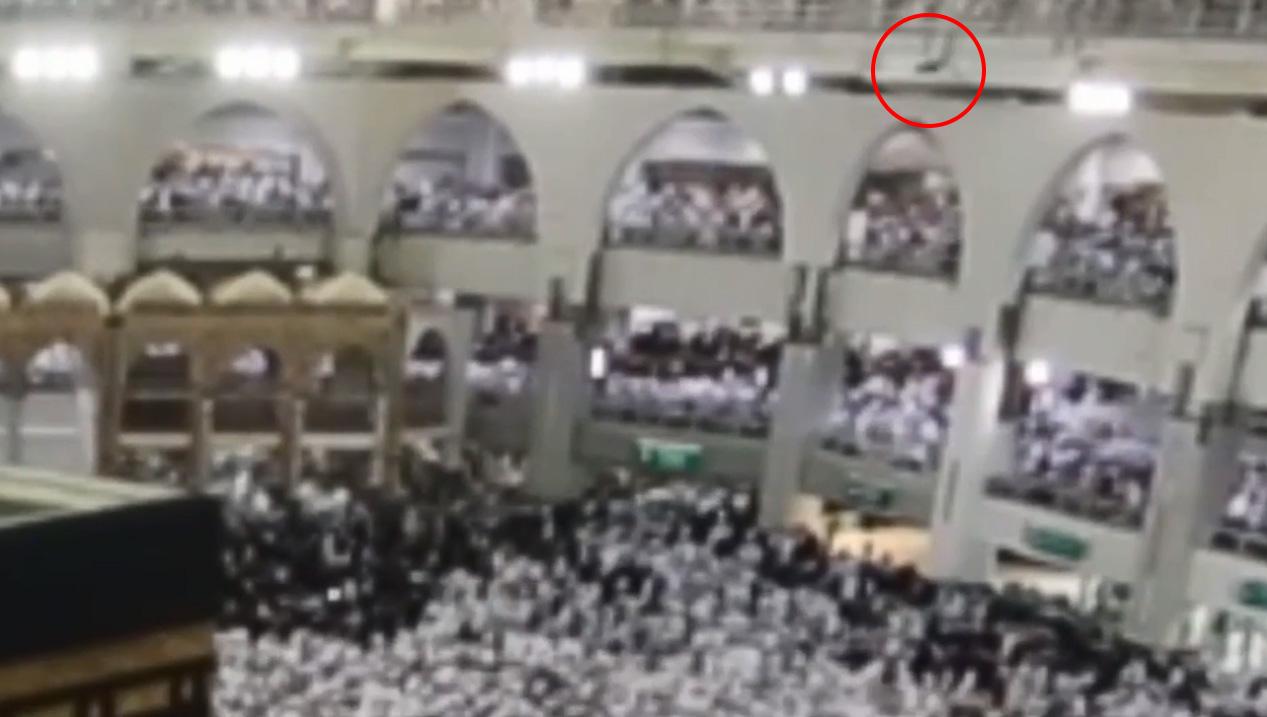 Saudi authorities said the foreign pilgrim died instantly after hurling himself from the roof at 9.20pm local time on Friday.

A cry of horror went up amongst the pilgrims as they helplessly watched the man come crashing to the ground.

Police and paramedics were seen desperately trying to revive him but could do nothing.

Several local news outlets reported that the man was a 26-year-old French convert to Islam, according to the Turkish newspaper Daily Sabah. 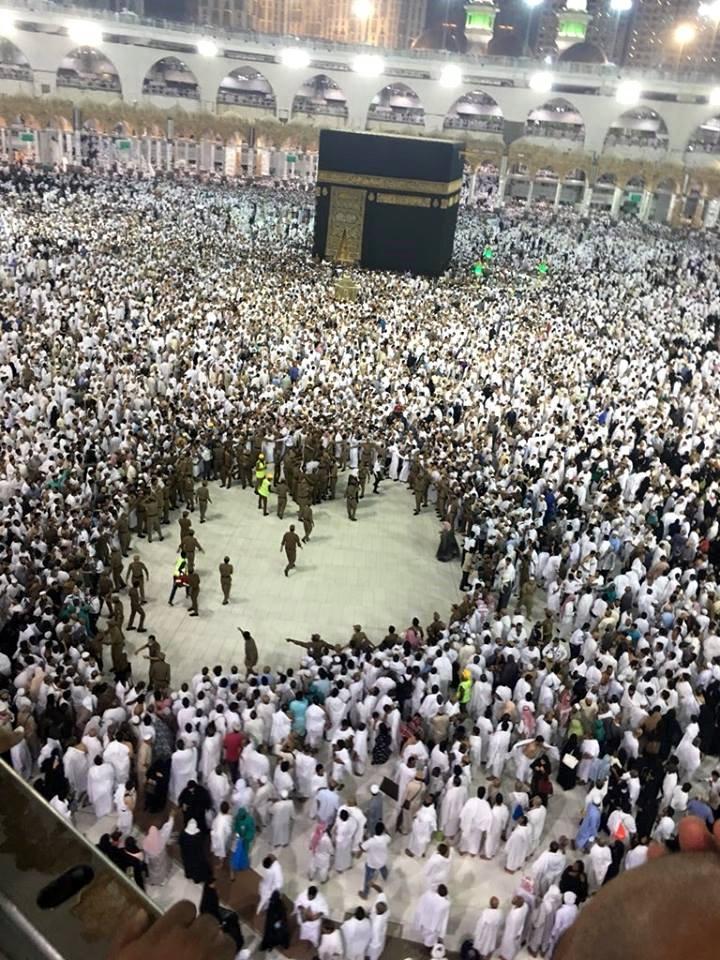 Police said they are investigating the man's motives and whether there were any security breaches.

A police spokesman said: "At 9.20pm a foreigner threw himself from the roof of the Grand Mosque in Makkah to the ground floor of the circumambulation nave, resulting in his immediate death.

"The body was rushed to a hospital, pending the results of investigation into the incident, particularly his identity and reasons behind his behaviour, despite the erection of a strong round fence to protect people from falling down."

Suicide is strictly forbidden in Islam and considered a great sin.

In February 2017, a man reportedly tried to light himself on fire inside the mosque after dousing himself with petrol but was stopped by police.

The mosque is Islam's holiest site and houses the Kaaba – the small cubic building which Muslims all over the world face towards when praying five times a day.

The sacred structure is considered by Muslims to be the House of Allah with 1.5 million worshippers flocking to Mecca annually to touch it as part of the Hajj pilgrimage.