‘Overly friendly’ medical equipment salesman, 39, who repeatedly grabbed a 70-year-old woman beside him on a UK-bound BA flight from South Africa after guzzling wine avoids jail 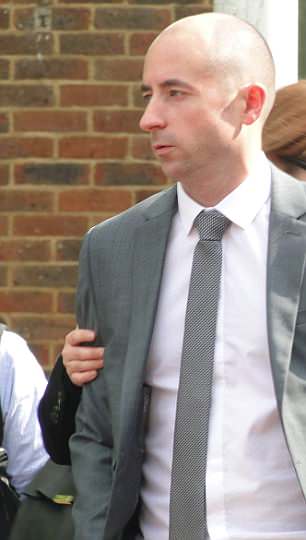 An international medical equipment salesman who downed one mini-bottle of wine after another on an 11-hour flight has admitted drunkenly assaulting a 70-year-old woman sitting next to him.

Andrew Few, 39, of Harlow, Essex, was on a BA flight from South Africa to the UK alongside a pensioner who was visiting her son.

The divorced dad-of-one had already consumed a glass of wine before boarding the flight from Johannesburg.

He also took a beer on board with him and was given a complementary glass of champagne as a frequent flyer after achieving Gold air miles status with British Airways.

Prosecutor Mr. Mark Kimsey told Isleworth Crown Court: ‘Few was seated in the plane’s upper deck and the victim was next to the window.

‘It is accepted from the outset the defendant was quite charming and chatty, talking about his life and background, but was consuming alcohol and asked her if she wanted a drink.

‘An hour later he was clearly drunk. He was getting small bottles of wine, different wines.

‘He became persistent, saying she must have one and leaned across her and began putting his hands on her shoulder area.

‘She had a blanket around herself and he put his hands on her shoulder area and hugged and touched her upper body.

‘She felt his face or lips at the back of her neck.’

Other passengers were disturbed by Few’s behaviour. ‘They describe him as clearly under the influence of alcohol and say that his behaviour was: “Irritating and bloody annoying”.

‘Another passenger says he was: “Overly friendly to the lady next to him” and he was moved by staff to the lower deck after the complaints.’

However, Few then began targeting the staff. ‘He began being a little abusive to the cabin crew,’ added Mr. Kimsey.

The woman later gave police a victim impact statement. ‘She describes the incident as horrible and was teary afterwards. She was revolted and was made to feel sick.

‘There were no injuries, but she was clearly effected by what happened.’ 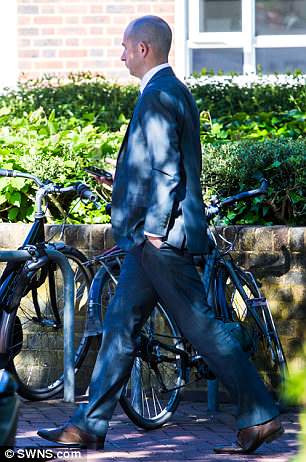 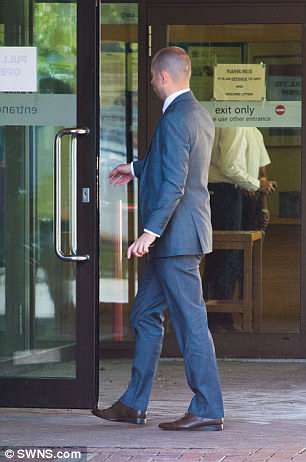 Few avoided prison with a suspended sentence after pleading guilty today to assaulting the woman and being drunk onboard the BA A380 aircraft on August 19, last year

Few avoided prison with a suspended sentence after pleading guilty today to assaulting the woman and being drunk onboard the BA A380 aircraft on August 19, last year.

A charge of sexually assaulting the woman, who was due to give video link evidence from South Africa, was dropped on the day of the trial along with another common assault count against another woman.

Few’s lawyer Lauren Brigitte said: ‘He’s utterly mortified to find himself in the dock of this court. The fact he is in this court is of enormous concern to him.

‘When he boarded that flight the thought that he might, by the time the flight landed, be arrested and be a criminal in a criminal case couldn’t be further from his comprehension.’

She said he only started drinking because his laptop battery was flat, forcing him to stop working.

Few had spent the previous week working in South Africa: ‘That employment requires him to travel around the world and he travels hundreds of thousands of miles a year.’ 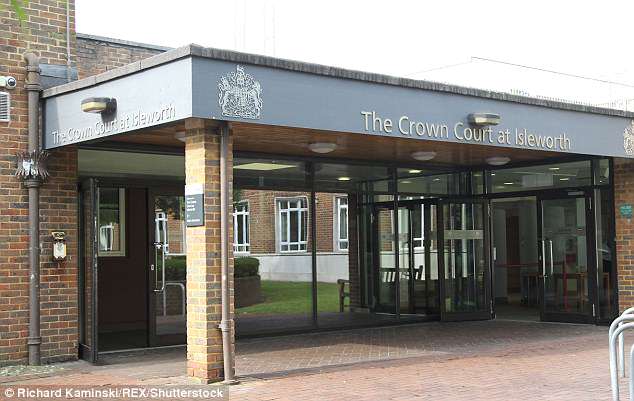 Prosecutor Mr. Mark Kimsey told Isleworth Crown Court: ‘Few was seated in the plane’s upper deck and the victim was next to the window’

The court heard bio-medicine graduate Few rarely drinks while flying. ‘He doesn’t ordinarily drink on board. To while away the time he did begin socialising and drinking,’ said Miss Brigitte.

‘The alcohol did bring him to the attention of others in an adverse way and his behaviour was annoying to other passengers.’

Few denies he was trying to encourage the lady to drink. ‘He was suggesting she drink water and was not pressing her to drink alcohol.

He was cleared of assaulting a second female passenger he accidentally spilled alcohol on and who told him: ‘You’re bloody annoying’.

Few says he was ‘eight out of ten’ drunk and is now worried about how the convictions will effect his career and plans to live and work in Australia.

Recorder M Butt told Few, dressed in a grey suit with a white shirt and grey tie: ‘It seems quite clear you were trying to kiss her. She felt your actions were sexual.

‘There’s no doubt. It is obvious you were very drunk. This has nothing to do with cabin pressure, your laptop not working or a complementary glass of champagne on board. It’s your decision to drink to excess.

‘You assaulted a seventy year-old lady entitled to travel in peace, without being bothered by your drunken bizarre behaviour.

‘You have been very fortunate today that you have not been sent to prison immediately.’