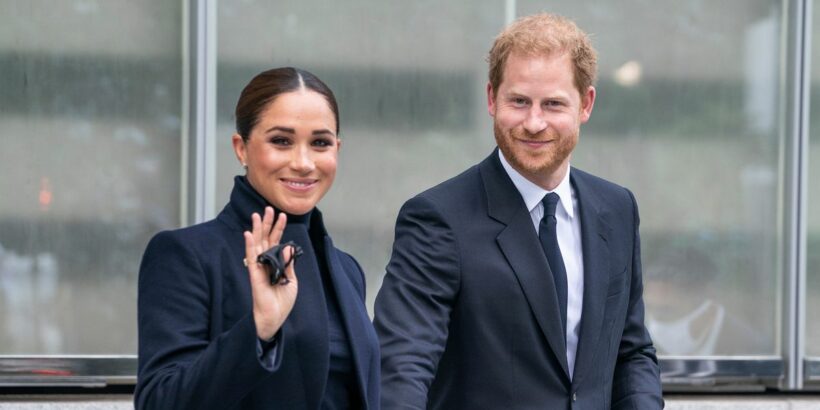 A royal commentator has claimed that Meghan Markle and Prince Harry may have to adopt a new media strategy after “bad PR” has resulted in them needing to “seriously think” about their brand in the future.

The Duke and Duchess of Sussex have embarked on several initiatives since stepping back as senior royals in March as they seek to become financially independent.

But, while they continue to promote and work for charities that remain close to their hearts, a number of appearances have raised eyebrows.

Their explosive interview with Oprah Winfrey stunned the world in March, where they candidly spoke about the struggles within the Firm.

Meanwhile, Meghan's admirable initiative to support women getting back to work as part of her birthday was hit with backlash from critics while the decision for her to read an excerpt of her book The Bench to schoolchildren in New York was cruelly mocked.

Now, speaking on his YouTube channel, Neil Sean has claimed that the Duke and Duchess of Sussex will need to consider their PR more carefully going forwards if they are to sustain themselves in their new celebrity lifestyle.

“On a serious note, I do think Meghan and Harry need to seriously think about where they are going to go with their brand moving forward," he said in a recent YouTube video.

“They can’t afford with such bad PR, which is relentless, we’re talking about the birthday video, ‘The Bench’ book, the New York trip.”

As a royal commentator, Neil acknowledged that some would suggest he is contributing to that criticism himself, but responded: “I would say I’m just simply reporting the facts. A lot of these things were not successful.”

He noted that a bad review in a national newspaper could be seen by millions of people in a month and asked: “Can any celebrity – and let’s face it that’s what Harry and Meghan are now – can they afford to have that problem?”

Therefore, Neil claimed that one alternative approach the couple might adopt might be to change their strategy with journalists, and suggested the couple may choose “preferred journalists” going forwards to relate their stories to the wider media.

Having been out and about together during their New York visit, speculation has increased over when the pair might next return to the UK following the birth of their daughter Lilibet.

It was suggested that they might cross the pond to attend an event honouring Harry’s late mother Princess Diana, however, a spokesperson has reportedly confirmed that they would not be in attendance.

To get more royal stories from Daily Star delivered straight to your inbox sign up to one of our free newsletters here.