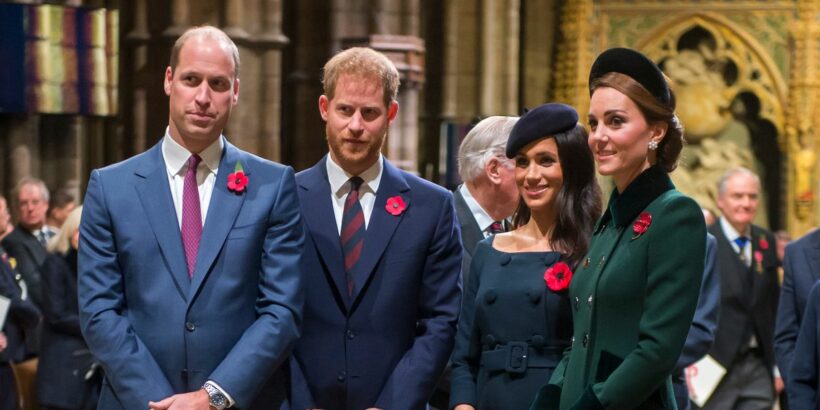 Prince Harry and Meghan Markle have congratulated Prince William and Kate Middleton on their 10th wedding anniversary, according to reports.

The royal couple sent their best wishes to the Duke and Duchess of Cambridge in private, HELLO! reported.

William and Kate marked their special day by releasing two portrait pictures taken in the grounds of Kensington Palace.

Harry was William's best man for the big wedding at Westminster Abbey in 2011, but their relationship has recently been the subject of intense speculation.

The Duke and Duchess of Sussex's bombshell interview with Oprah Winfrey further worsened relations, according to reports, and the brothers endured a tense reunion at Prince Philip's funeral earlier in April.

Kate, William and Harry left St George's Chapel together after the moving service and were seen talking as they walked back to Windsor Castle's private apartments.

Some royal fans were unsure if Harry and Meghan would send their congratulations to the couple.

One wrote on Twitter: "Did he send good wishes to William and Kate on their anniversary?"

Others suggested Harry and Meghan should have waited until Friday to share a message from Harry's charity Sentebale.

A number of other members of the Royal family have congratulated William and Kate on their special day.

The future king's dad Prince Charles and his wife Camilla Parker Bowles reposted one of the official portraits on their Twitter account.

They included the caption: "Wishing The Duke and Duchess of Cambridge a very happy 10th wedding anniversary."

The Queen also sent her best wishes to her grandson and his wife, writing on social media: "Wishing The Duke and Duchess of Cambridge a very happy wedding anniversary.