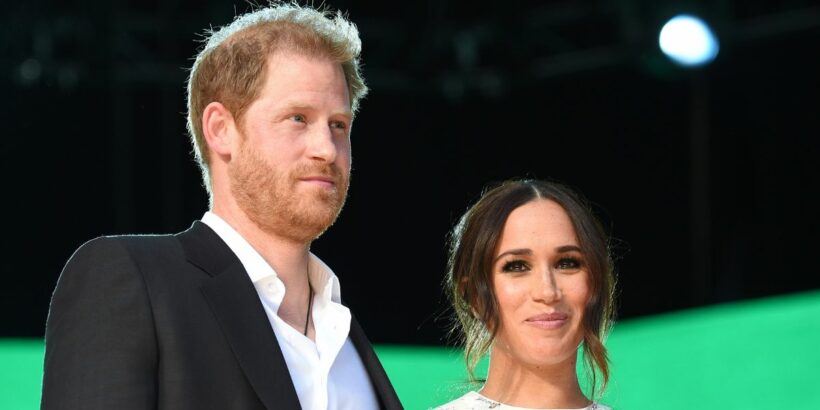 Meghan Markle and Prince Harry have snatched a new crown from William and Kate Middleton after Instagram trends on social media.

The Duke and Duchess of Sussex accumulated more than 2.4million Instagram hashtags this year and beat the Cambridges.

Prince William and Kate generated 2.2million, and were thrown off the top spot by the royals who moved to the US in March last year after stepping down as senior members of the royal family.

Prince Harry and Megha's total figure is almost seven times the average figure for all the royal couples, according to the latest statistics.

Meghan and Harry, who were recently named by Time Magazine as among the world's 100 most influential people, travelled across the Atlantic with Archie for a new life before the pandemic.

The pair welcomed daughter Lilibet Diana in June this year after stepping away from The Firm.

They were the subject of a BBC podcast which was delayed over the weekend by the BBC following a reported row with the royal family over the documentary 'The Princes and the Press', which aired on BBC2 in November in two installments.

It focused on Harry and William and examined their relationship with the British media, as well as how the Duchess of Cambridge and Sussex were portrayed.

The enormous number of hashtags generated by Harry and Meghan has earned them the title of "most photogenic royal couple", taking the top spot from Kate and William.

Printique, photography experts, looked at Instagram hashtags for 24 of the most popular royals globally. The Queen and the Duke of Edinburgh felt shy of 1.5million, and were ahead of Prince Charles and the late Princess Diana at just over 1.2million.

The Prince of Wales and Camilla, the Duchess of Cornwall, came in at fifth place with 362,640 hashtags altogether.

Lower down in the list, Princess Eugenie and husband Jack Brooksbank were just short of 88,000 hashtags, and Princess Beatrice at 68,000. Whereas, Prince Edward – the Queen's son – and wife Sophie, Countess of Wessex, found themselves in the top 10 with more than 78,000.

A spokesperson for Printique commented on the findings, saying: “Royal couples are a source of fascination all over the world, and this data shows just how much online influence they can command.

“Prince Harry and Meghan Markle are an absolute global sensation, from their charity work and commitment to making the world a better place, to their fashion sense and style.

“The fact that this Royal duo pulls in the most Instagram hashtags combined is a testimony to their powerful influence all around the world."