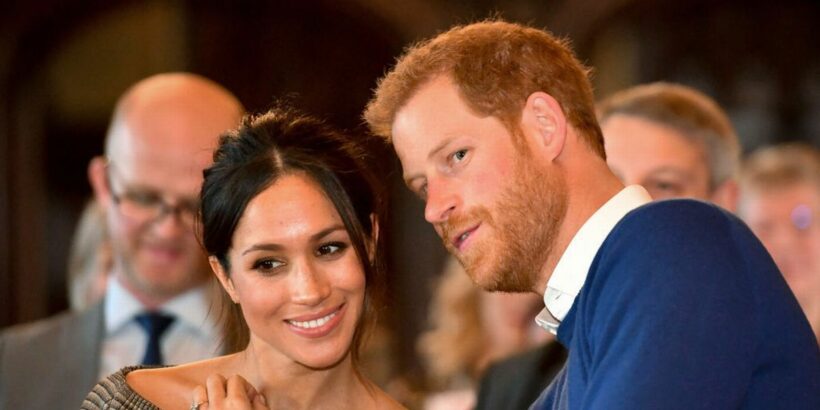 Meghan Markle and Prince Harry 'have to be brave' if they are to change the 'British public's low opinion' of them, a royal expert has said.

However, the Jubilee does offer the Sussexes a unique chance to rehabilitate their image here, he said.

Speaking on US Weekly's Royally US podcast, Mr Sacerdoti discussed the likelihood of Meghan and Harry making the trip back across the pond.

He explained: "I don't personally imagine Meghan coming to the UK very easily, she may prove me wrong.

"But people here have such a low opinion of her if not both of them these days that I think she'd be very brave to come back to the UK.

"I do still say if they could come back and if they could not be front and centre, keep it quiet, but just come back to help celebrate this milestone for not just the queen but for the whole country for British history.

"Then that will probably be very nice and it might rehabilitate them somewhat towards the British people.

"But who knows, let's watch this space and let's hope that if they can come they'll do it in a nice way and that it will be an opportunity for the whole family to enjoy being together and to put all that behind them."

Harry is challenging the Home Office's decision to not give him and his family police protection when they visit the UK, reports the Express.

Representatives of Harry suggest he is in a unique position due to his royal ties where his safety is particularly at risk and his current security team would not have sufficient jurisdiction in the UK.

According to YouGov's latest poll on the Royal Family towards the end of 2021, Harry has a 39% popularity rating and is the ninth most popular royal behind Sophie, Countess of Wessex, and just above Prince Edward.

Meghan, however, has a 26% approval rating making her the second least popular royal with Prince Andrew at the bottom with 12%.