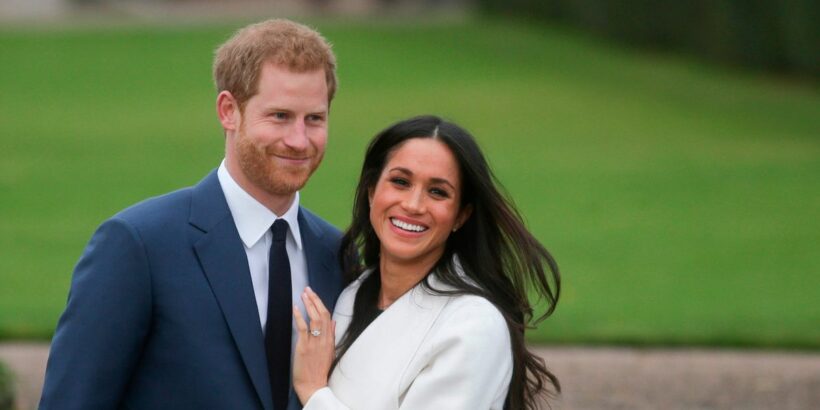 Meghan Markle and Prince Harry were once teased for their dog's name because it meant something rude in a different language.

The Duke and Duchess of Sussex named their cute Labrador dog Pula, which is the name of the currency in Botswana.

The ex-royal couple once dated in the African country just weeks after meeting and it is widely reported that they fell in love there.

But shockingly, according to social media users in Romania, the name Pula is slang for "penis".

One wrote: “Surely someone in their group would have Googled Pula to ensure it wasn’t Romanian for penis?”

The couple didn't initially disclose the name of their dog which they adopted back in 2018.

In other Sussex news, Harry and Meghan have the "world against them" as they strive to live out their post-Royal Family life, an expert has claimed.

The Duke and Duchess of Sussex, who married back in 2018, split from their royal duties in 2020 and soon voiced their complaints about life in The Firm.

But the two will have been made "stronger" by their split from royal duties as they now find themselves in a "world against them" scenario, a royal correspondent has said.

Royally-raised Harry and wife Meghan stepped back from their royal duties in January 2020 and have since started their own non-profit venture Archewell.

Royal correspondent and author Katie Nicholl says the spark between the couple was immediate and they "connected very quickly," and were soon the focus of royal fans across the globe.

The Queen was "delighted" when the pair announced their engagement, officially offering her blessing to the couple.

Nicholl has said the sense of partnership the couple felt for one another was one of the strongest qualities of their relationship, especially now that the couple appear at odds with the Royal Family.

"They are kindred spirits in that they share the same values," she told OK!.

"They share the same dreams, they strive for the same goals.

"When you think about what they've turned their backs on, what they've given up and particularly the sacrifices Harry has made, it's just as well they're such a strong unit because they've only really got each other."