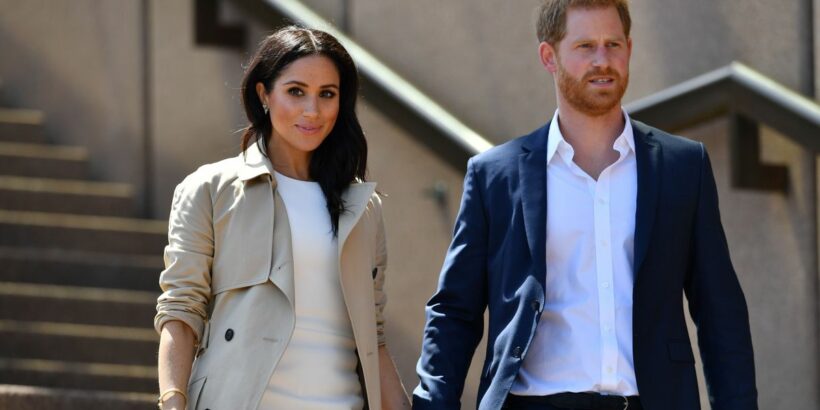 Meghan Markle's pregnancy "bond" with Princess Eugenie has led her to become the only member of the Royal Family she is "still close to", a royal insider has claimed.

The Duchess of Sussex, 39, and the princess, 30, are believed to have become close while both were pregnant.

Meghan, who is expecting her second child, reportedly remains in contact with the Queen's granddaughter, who gave birth to her first son with husband Jack Brooksbank, August, last month.

A royal source told US Weekly: "Eugenie is really the only member of the royal family that Meghan is still close to."

The insider added that they "are sort of an unlikely pair, but remain in contact" after they "bonded" over their pregnancies.

Omid Scobie and Carolyn Durand, royal journalists and authors of bestselling biography Finding Freedom: Harry and Meghan and the Making of A Modern Royal Family, said their bond was down to the 'strong relationship between their mothers brought them together.'

"Out of all the queen's grandchildren, Princess Eugenie and Prince Harry have one of the most natural connections. Like Harry, Eugenie is loyal, honest and great fun.," they wrote

"The two had many nights out together in London, sneaking into back entrances of clubs, such as Mahiki, where Jack once was manager, or Tonteria, where in one of the VIP cave areas they downed shots from Mexican skull shaped glasses and a giant frozen margarita (with multiple straws)."

They added: "Like Harry, Eugenie also struggled to carve out her own identity growing up.

"Not being a senior royal meant that she had to go out into the world and find her own path, which she had done."

They also revealed how the prince's cousin was one of the first to know about his relationship with Meghan.

The authors wrote: "Harry had always confided in his cousin when it came to the women in his life.

"Not only did he trust her implicitly, but friends said that she gives great advice and has always been 'beyond wise' for her years.

"It's not surprising then that Eugenie was one of the first in the family to know about his relationship with Meghan."

The authors disclosed that Princess Eugenie was "nothing but encouraging about his new relationship."

"Prince Harry and Meghan went on several double dates with the couple," they said.