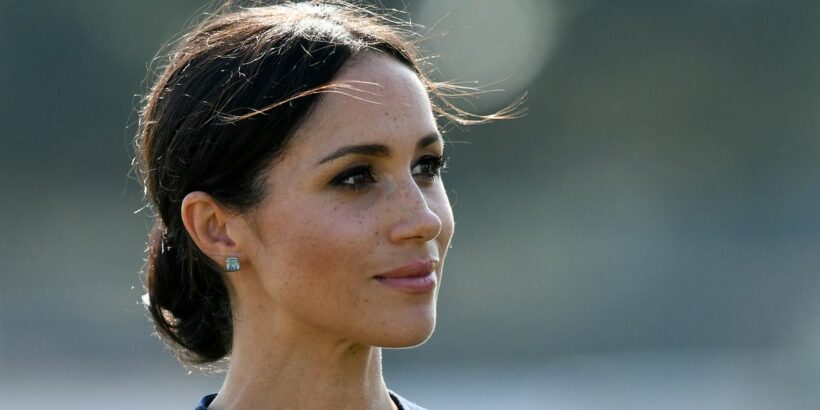 An source claims Meghan Markle and Prince Harry are feeling relatively smug over the controversial Caribbean tour Prince William and Kate Middleton set out on.

The Caribbean tour from the Duke and Duchess of Cambridge came in support of the upcoming Platinum Jubilee.

But one source has claimed Meghan feels that the "Royal Family need her and Harry" amid a series of controversies and scrutiny aimed at William and Kate.

The claim comes after a series of gaffes on a brief tour of the Caribbean, which saw protests against Prince William and Kate Middleton's choice of vehicle, a Land Rover that toured the Queen and Prince Philip back in 1953.

But the source has alleged Meghan, who left The Firm and its royal duties alongside husband Harry in January 2020, has followed the tour "extremely closely".

Speaking to Heatworld, the source said: "Of course, Harry and Meghan have followed this whole saga extremely closely. And while Meghan isn’t looking to pick a fight with Kate or delight in any wrongdoing, there’s definitely a sense of karma here from the Sussexes’ perspective.

"The feeling within Team Sussex is that the Cambridge's are finally being scrutinised and held accountable for the royals’ actions, not just their own." The source continued: "She feels that she and Harry would have done a better job in the Caribbean and that the Royal Family need them. They make it much more modern, which is what the family need. She feels they’ve been proven right that if they were able to be part- time royals, they would be able to specialise in this type of stuff.”

The Daily Star reported that Prince Harry is said to be feeling "really down" after snubbing the memorial service of his late grandfather Prince Philip.

Royal Family members gathered to commemorate the life of Prince Philip in a memorial service that Prince Harry was notably absent from, with issues around security for the Duke of Sussex and his family still remaining.

A legal battle is currently underway to settle the dispute, with Prince Harry's team saying that his status as a royal family member "has not" changed and therefore he should be entitled to security.