Markle looked pretty in pink during her first balcony appearance at the end of Saturday's Trooping the Colour ceremony. 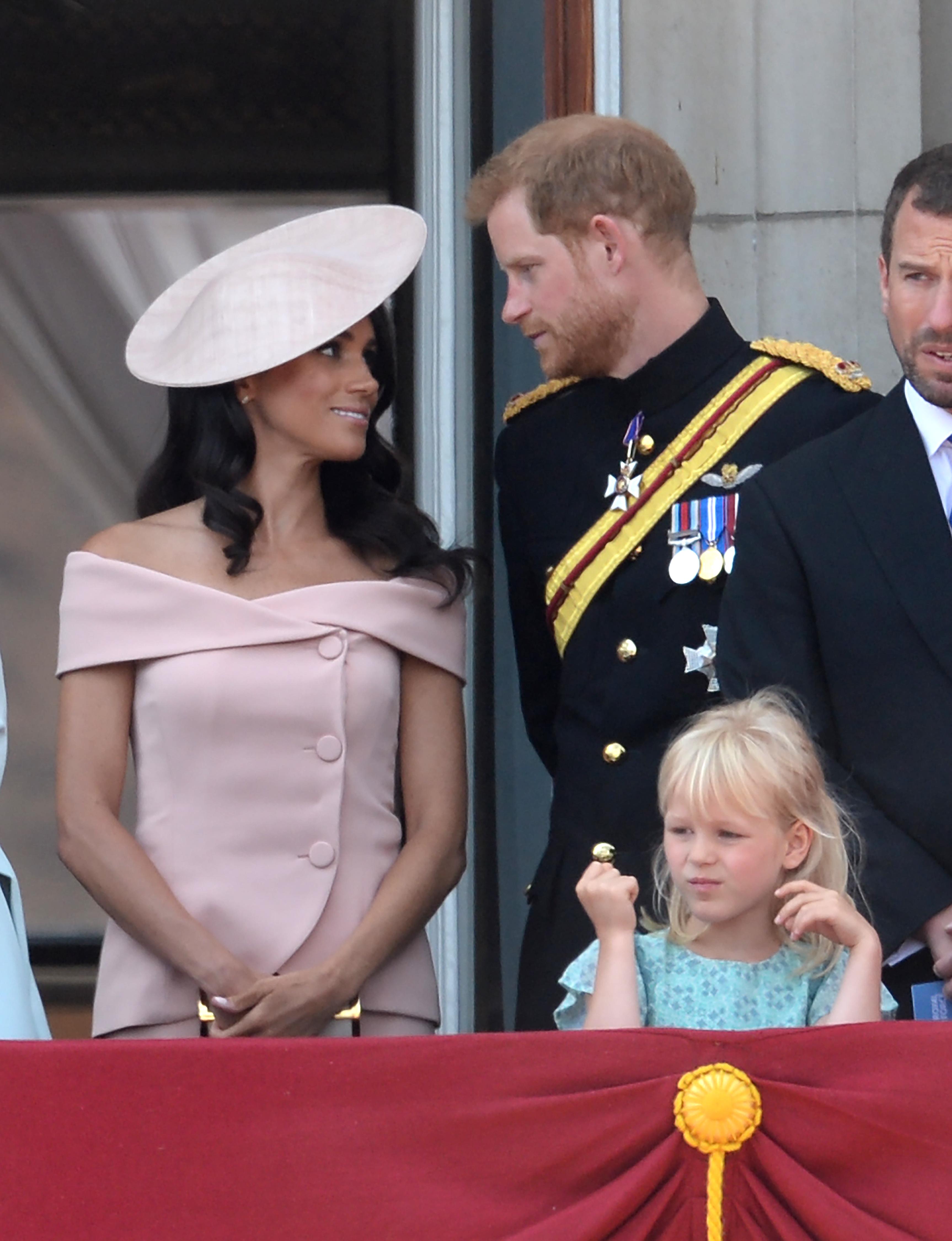 The pair were spotted looking lovingly at each other while the Queen made her way into the palace.

Meghan appeared cool calm and collected, but it seems she may have been relying on her reassuring husband.

Once Harry and Meghan joined the royals, beside Kate Middleton, Harry asked Meghan if she was okay, to which she replied "yeah".

In a second exchange, a lip-reading expert told Mirror Online Meghan admitted she was nervous. 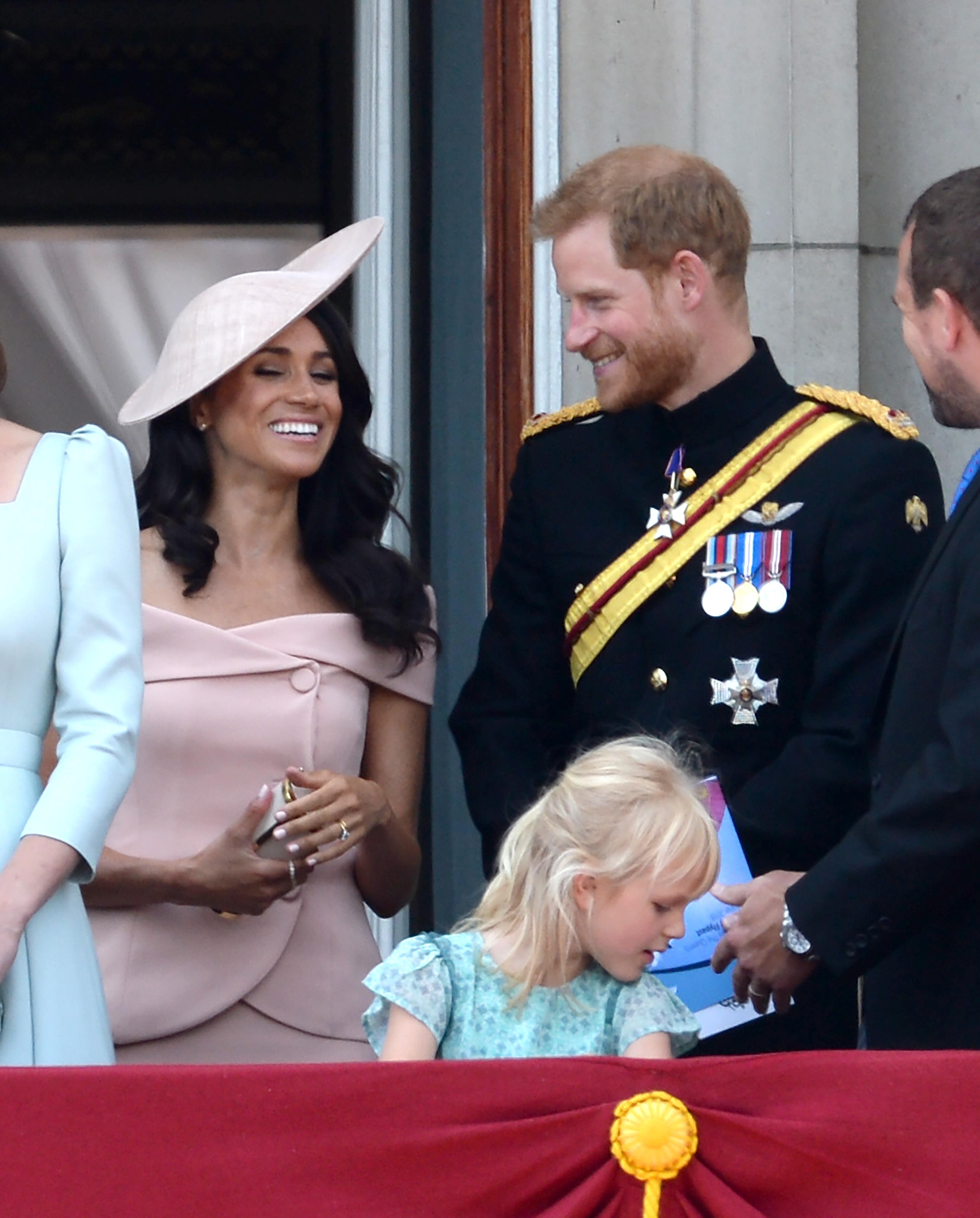 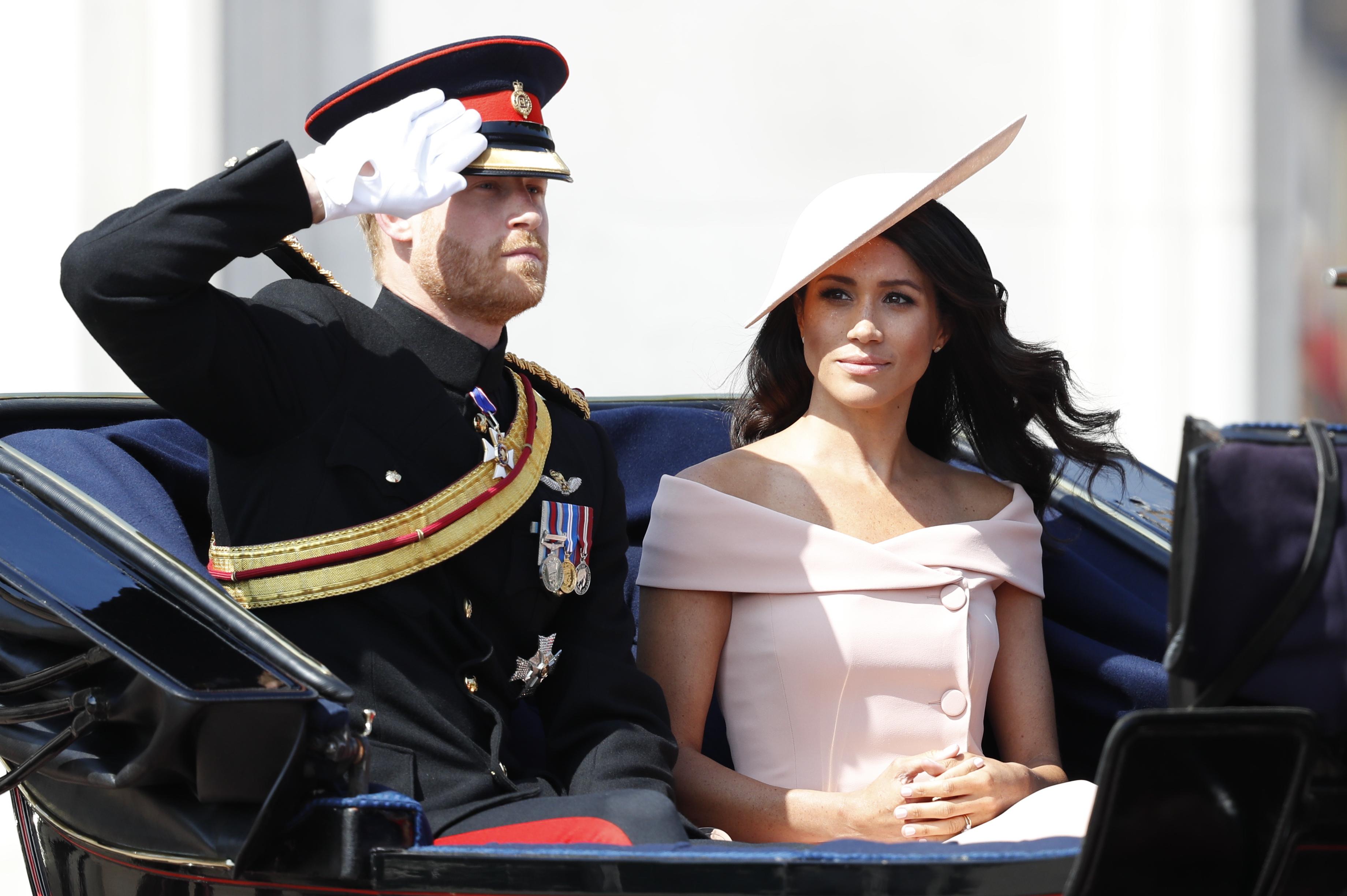 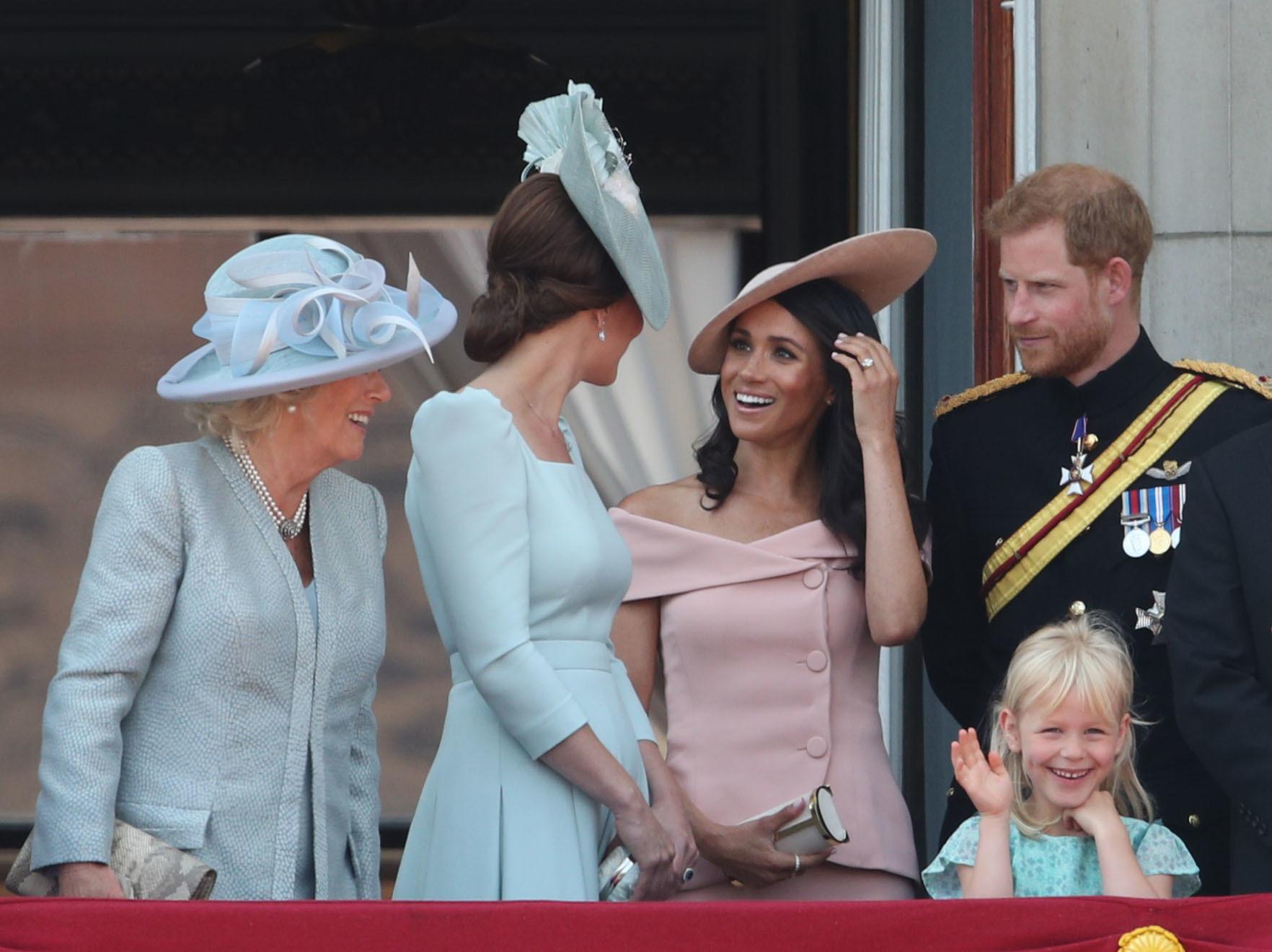 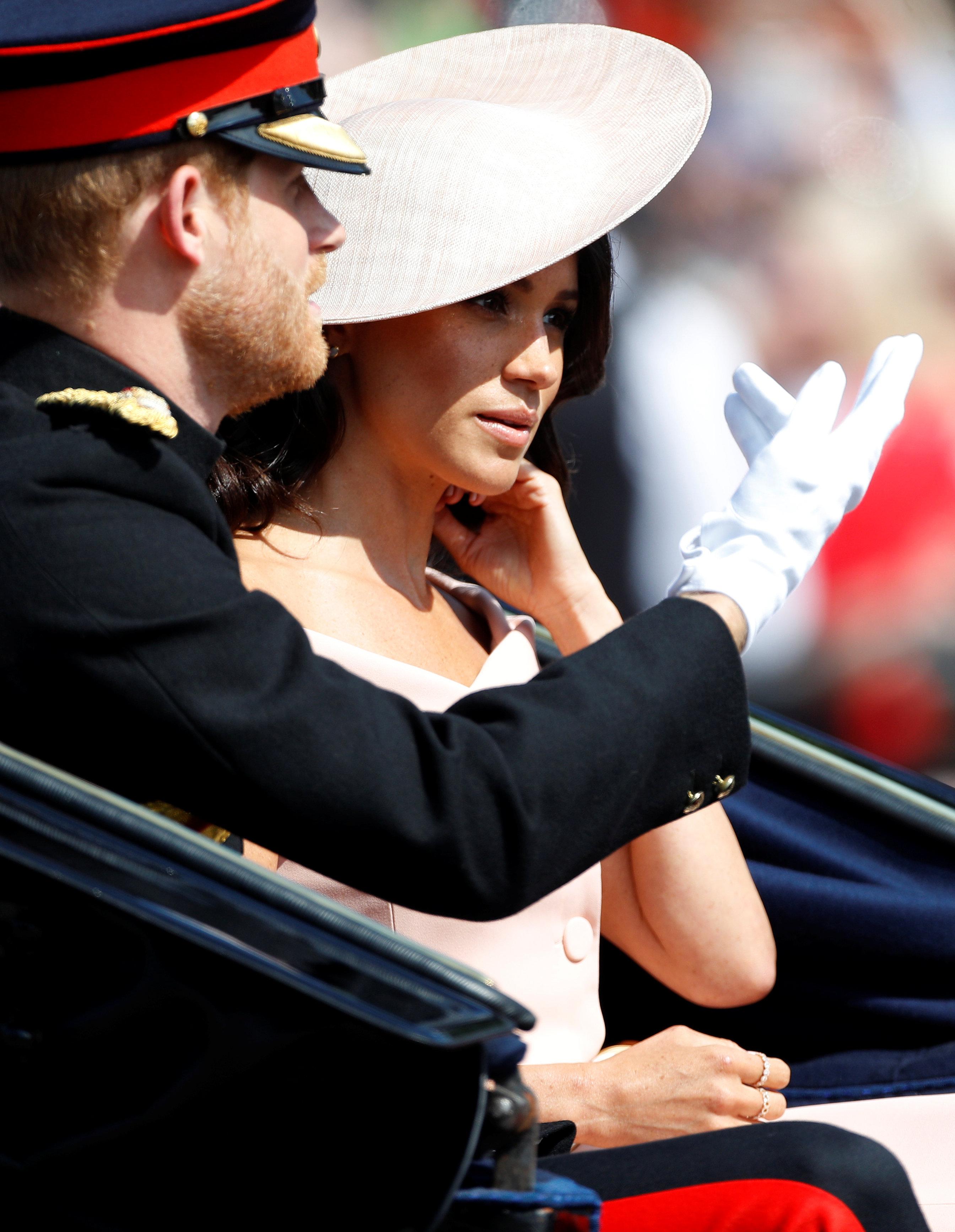 The pair somehow glanced over to each other at the same time, and Meghan blurted "nervous" with a coy smile.

Prince Harry reportedly responded saying "yes..", before smiling and adding, "When you get into it, I'll tell you more later."

Despite her apparent nerves, Meghan was in high spirits when she arrived on House Guards Parade with Harry in a carriage, along with the Queen's cousin the Duke of Kent.

Meghan, the new Duchess of Sussex, wore a stunning dress by Carolina Herrera and a hat by Philip Treacy. 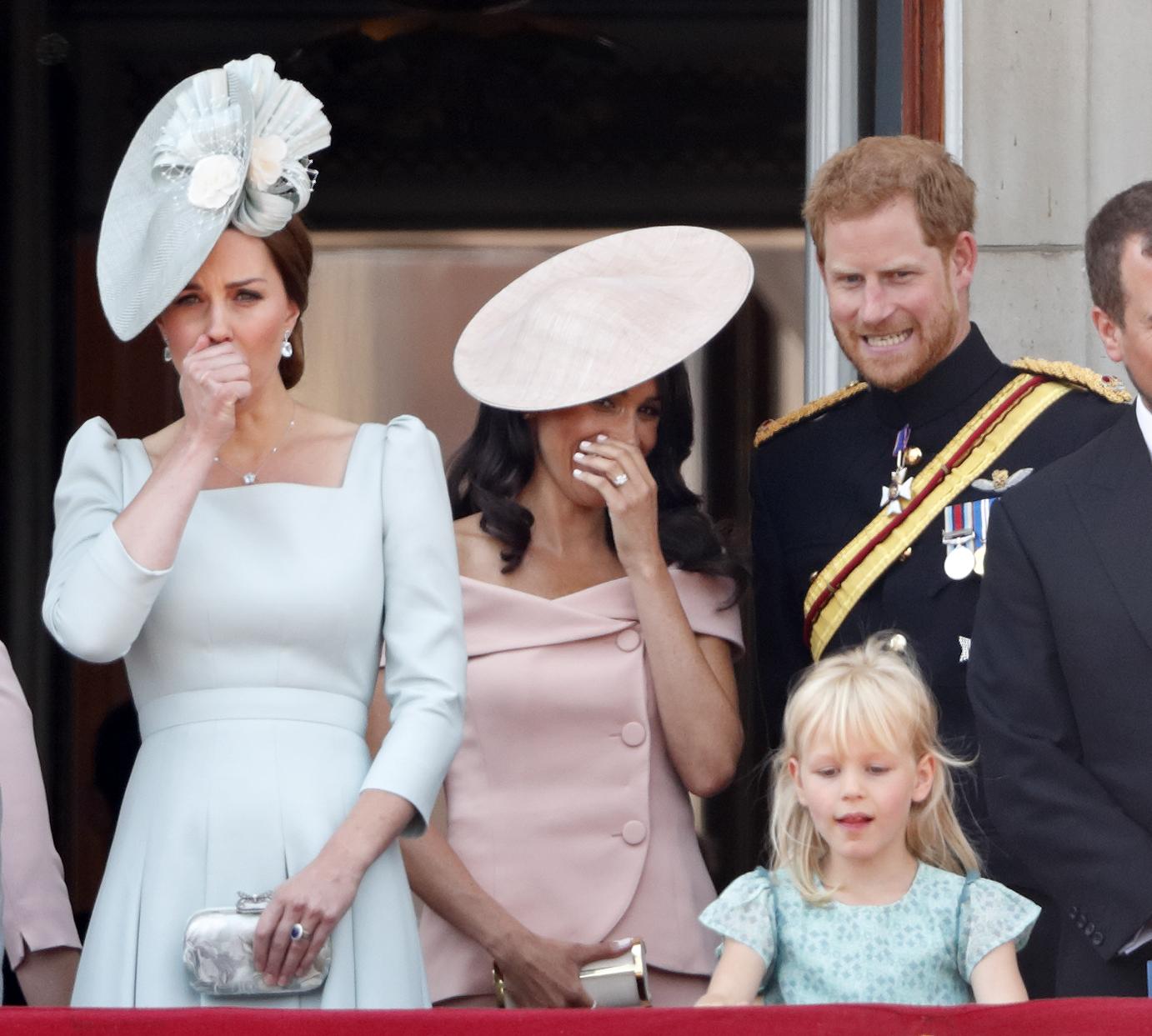 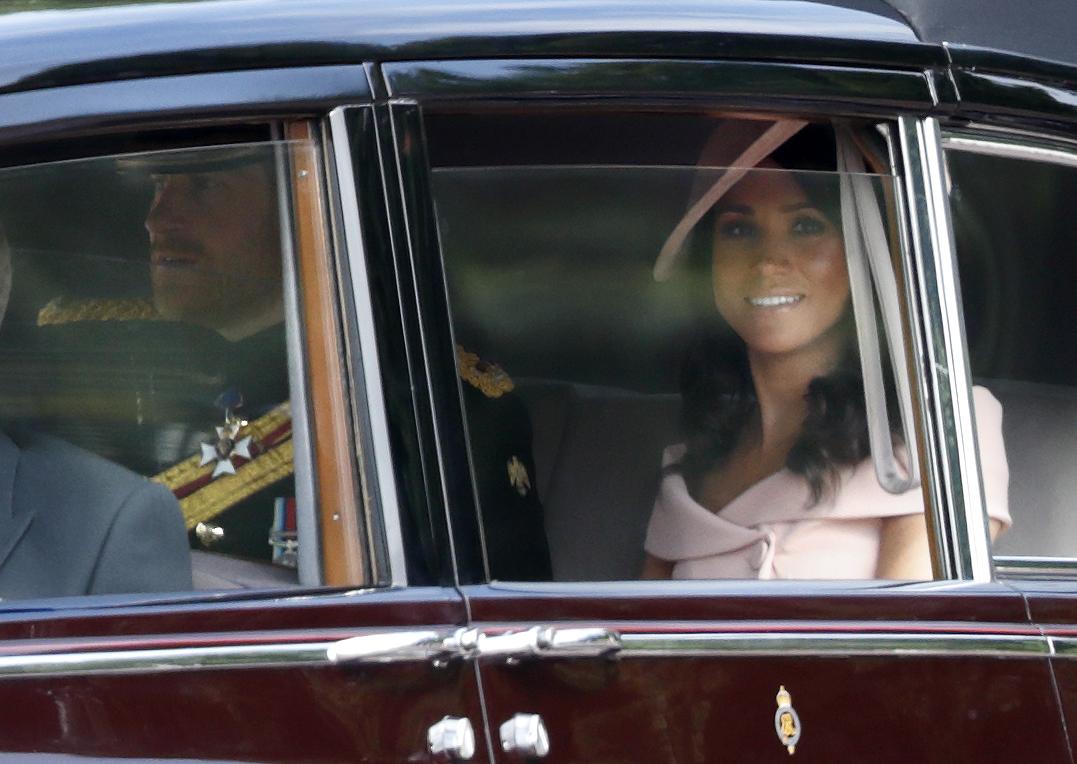 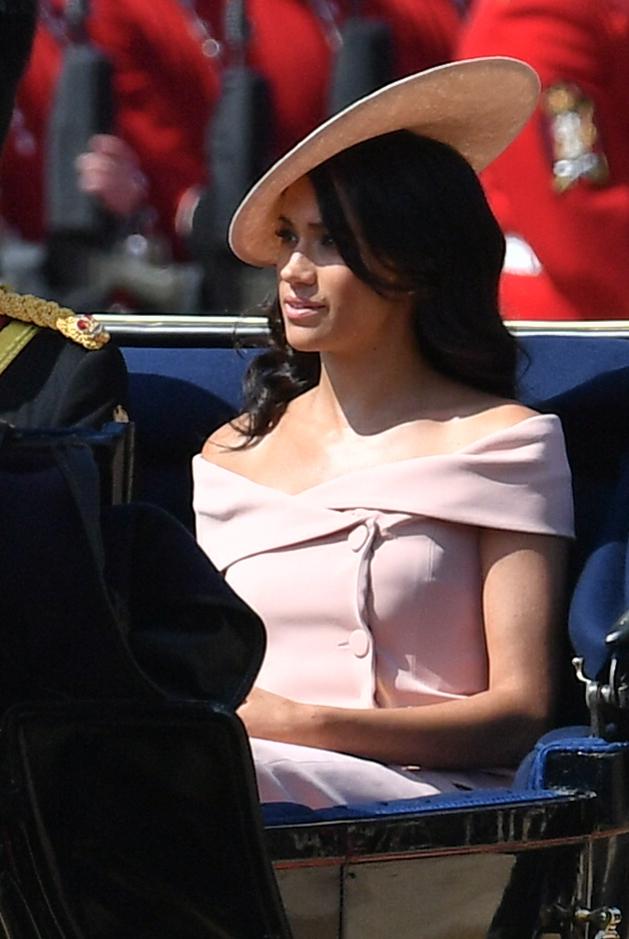 PRINCE HARRY AND MEGHAN MARKLE'S EXCHANGE AT TROOPING THE COLOUR

Prince Harry: "Err, when you get into it, I'll tell you more later."

Second exchange
Prince Harry: "Then there's the flypast and then we all look up to the sky."

The pair continue to speak, with Meghan replying "okay".

Kate and Wills were in another carriage while a third carried Princesses Beatrice and Eugenie, the Countess of Wessex and her daughter Lady Louise.

The 7,500 guests seated in stands lining the parade ground stood as a mark of respect as the monarch arrived and began inspecting the massed ranks of the troops.

The Duke of Edinburgh, who celebrates his 97th birthday on Sunday, has retired from official public duties and did not attend.

Following her recent eye operation to remove a cataract, the Queen showed no ill effects and was not wearing sunglasses as she has at some outdoor events.

As the planes flew overheard, seven-year-old Savannah Phillips – daughter of Peter and Autumn – was seen covering Prince George's mouth and telling him to hush while the national anthem was played.

Princess Charlotte clapped excitedly when the thousands of people gathered at the gates of Buckingham Palace applauded the aerial display.