Looking relaxed and happy in an ivory coat and silvery satin dress, the Duchess of Sussex, 37, was taking part in the celebration of the Prince of Wales at Buckingham Palace. 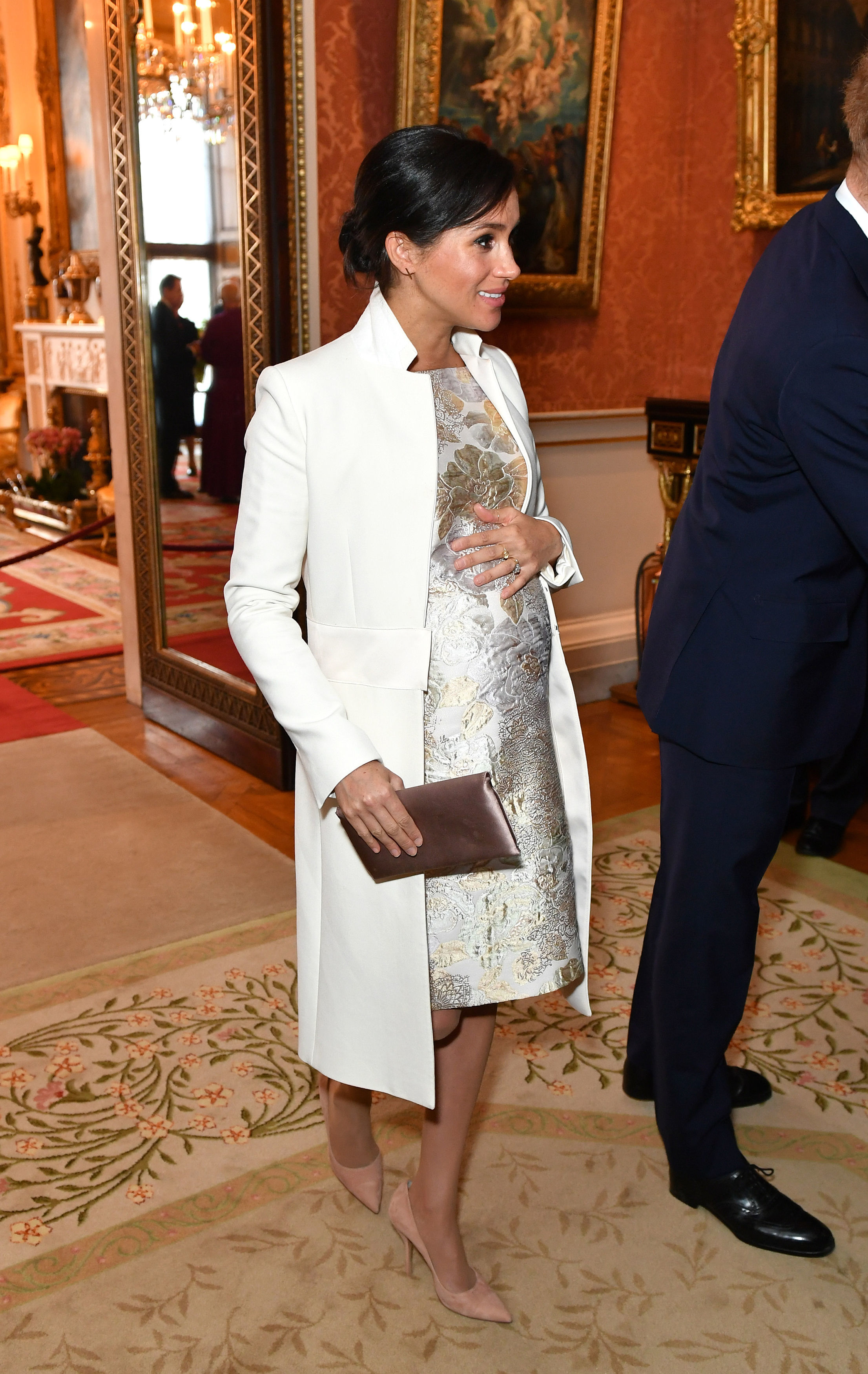 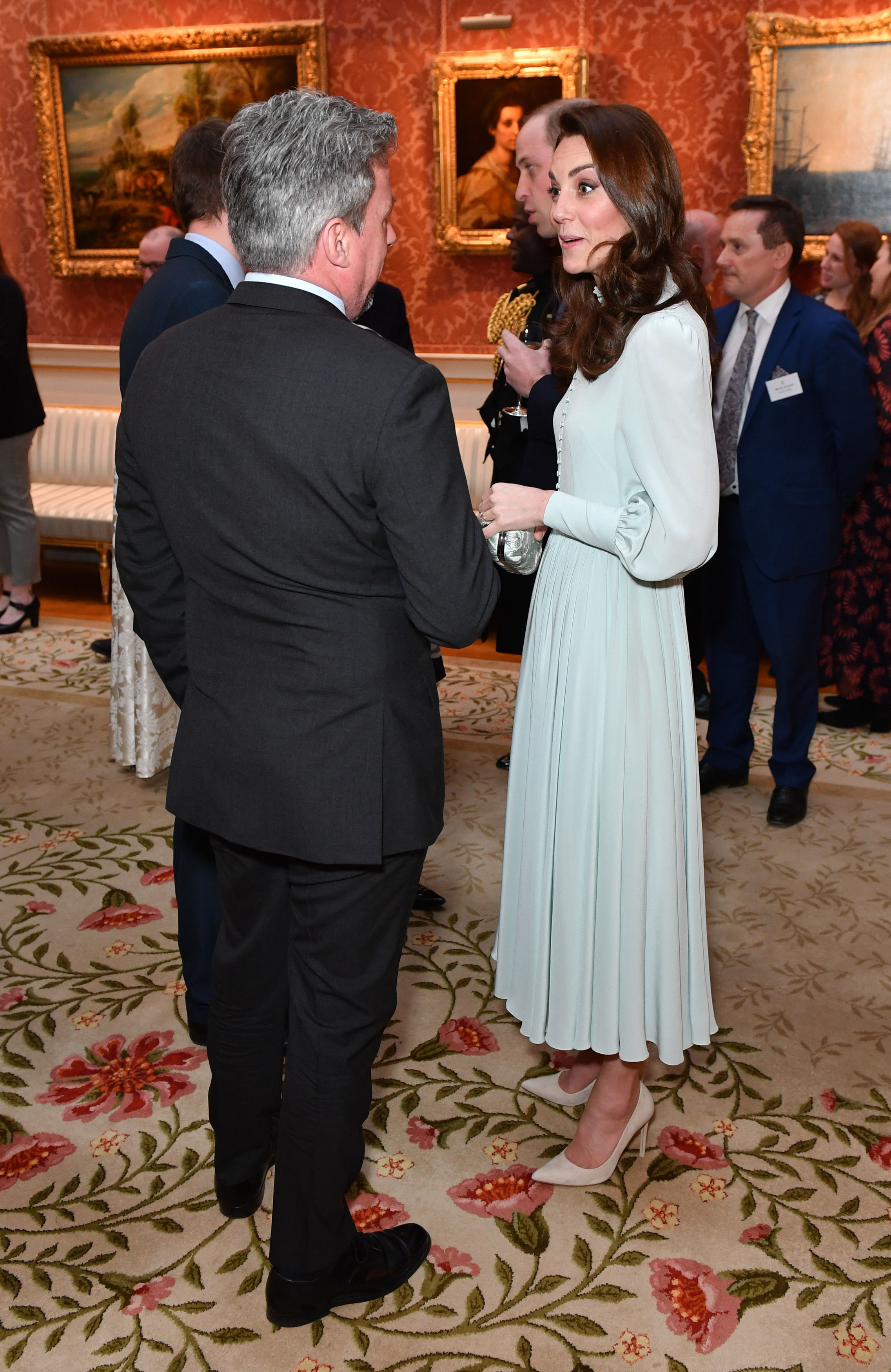 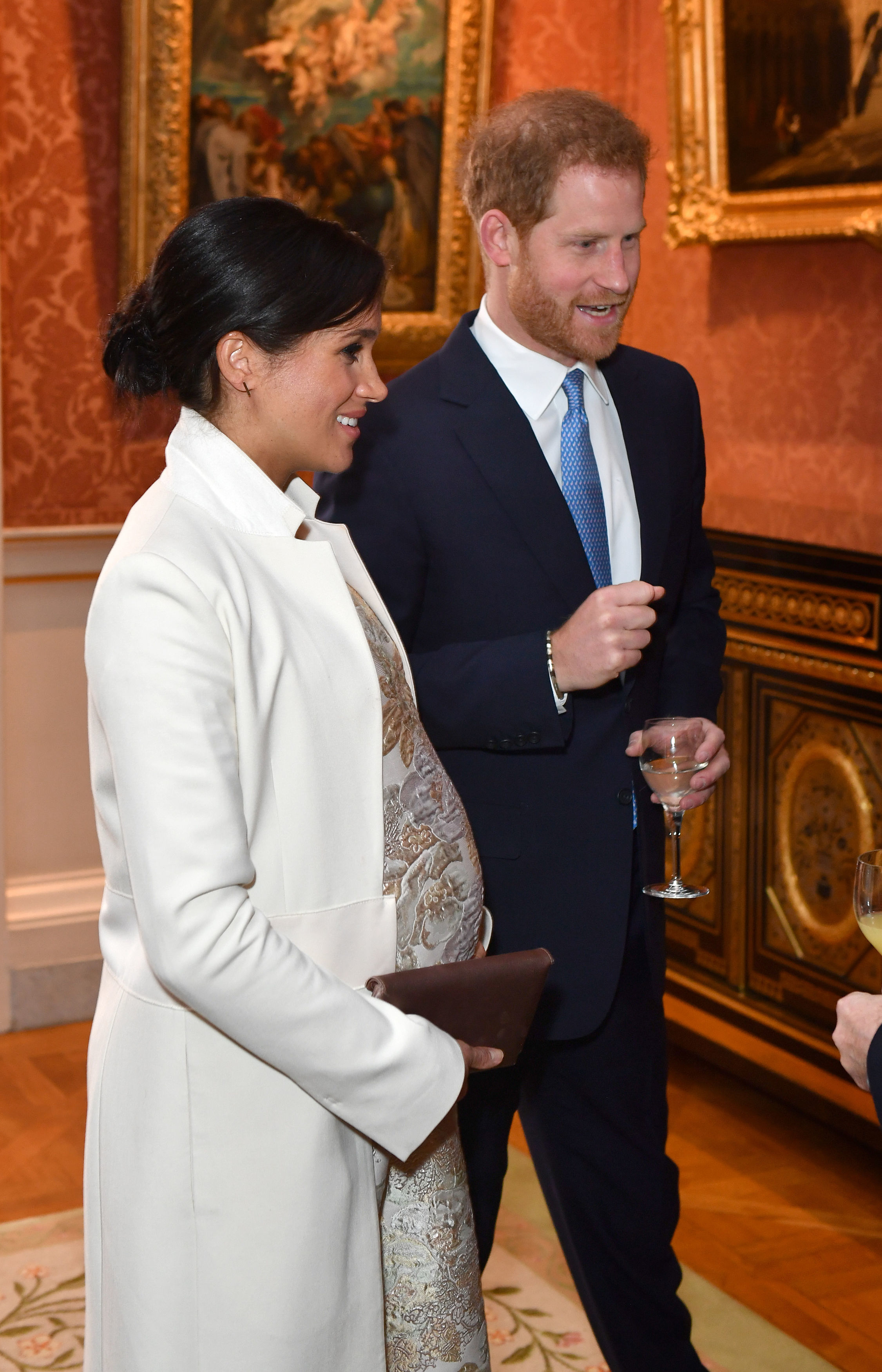 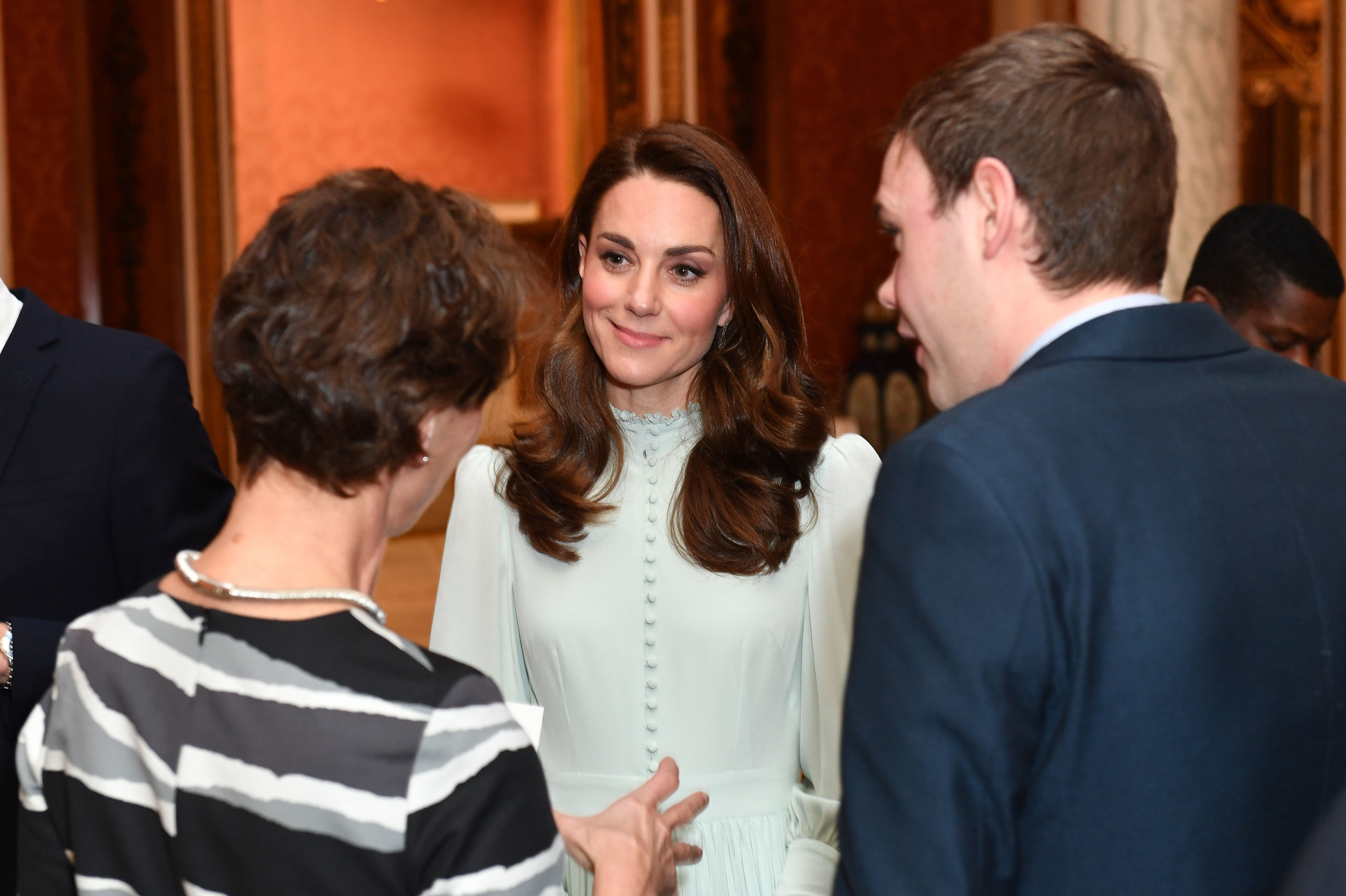 Despite ongoing rumours of a rift between the pair, Kate also looked elegant and warm in a chiffon, high-buttoned dress.

Charles arrived at the event with Camilla and his sons and their wives – William and Kate and and Harry and Meghan in step with the heir to the throne as he entered the White Drawing room.

The Duchess of Cornwall and Prime Minister Theresa May were also among the guests at the event honouring Charles's contribution to the national life of Wales over the decades.

Welsh band Stereophonics, who were supported by the Prince's Trust in their early days, were also at the event, as was Games Of Thrones star Owen Teale.

Charles was created the Prince of Wales at the age of nine, on July 26 1958, and was formally invested with the title at Caernarfon Castle by the Queen on July 1 1969.

The investiture regalia he wore was on display, including the coronet, sword, ring and rod, as well as the Letters Patent for the creation of Charles as Prince of Wales in 1958.