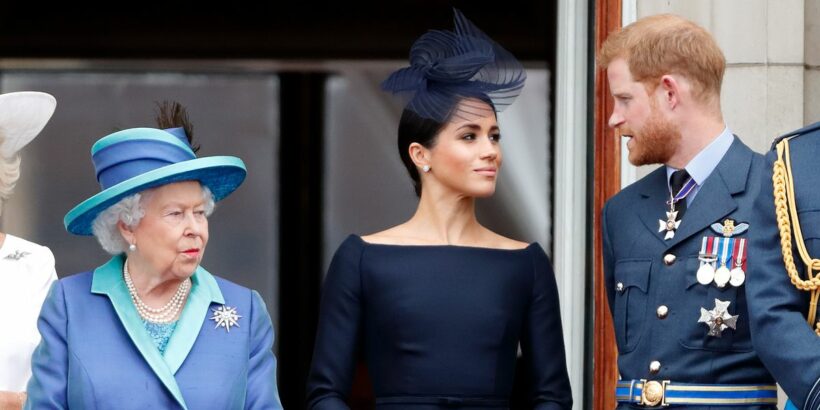 The release of the Duchess of Sussex’s new kid’s book has been hit with a blow after an argy-bargy between the UK's biggest bookseller and its publisher.

Meghan Markle’s book, titled ‘The Bench’, will focus on the unique relationship between a dad and son as seen through the mum’s eyes.

"The Bench started as a poem I wrote for my husband on Father's Day, the month after Archie was born,'' Meghan wrote in a statement.

"That poem became this story."

But just days before the launch on June 8, The Telegraph reports a row between publisher Penguin Random House and bookseller Waterstones could hinder the UK release.

The publisher has limited credit for Waterstones, meaning the amount of books they can buy is restricted, reports say.

Hundreds of Penguin Random House (PRH) titles have been removed from display throughout Britain in response.

This could be a big problem and affect the amount of books Meghan sells.

Waterstones said they didn’t remove the books as a protest against PRH, rather they were trying to safeguard stock.

A spokeswoman for the chain reportedly said: “We are not boycotting PRH titles but we are doing our utmost to ensure that availability for customers remains good despite the lower overall levels of stock.

“We do this generally by giving their titles less prominent positioning within our bookshops.

“Waterstones are currently operating with reduced credit terms from PRH, the only publisher in the UK to place any limitations on our ability to trade.”

Prince Harry and his wife Meghan are awaiting the birth of a second child, where they live in the United States.

The Duchess’s picture book has been illustrated by award winning artist Christian Robinson, and the audiobook is read out by Meghan herself.