Brightening up her day: Meghan Markle’s mother picks up ‘peace offering’ flowers her ex-husband left on her doorstep in LA ahead of their daughter’s wedding

Meghan Markle’s mother has been pictured collecting the ‘peace offering’ flowers her ex-husband left on her doorstep.

Thomas Markle Sr left a pot of blooms at Doria Ragland’s LA home yesterday ahead of their daughter’s wedding next week.

The gesture seemed to go down well when the yoga instructor found the present some hours after. 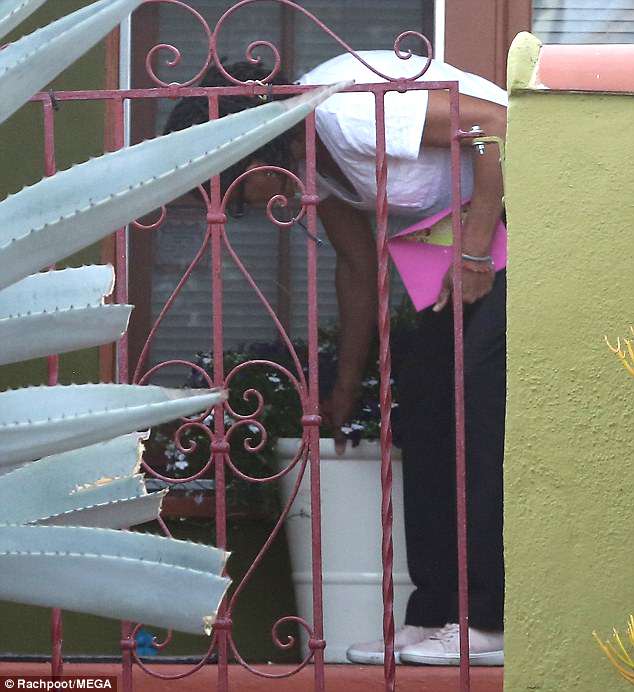 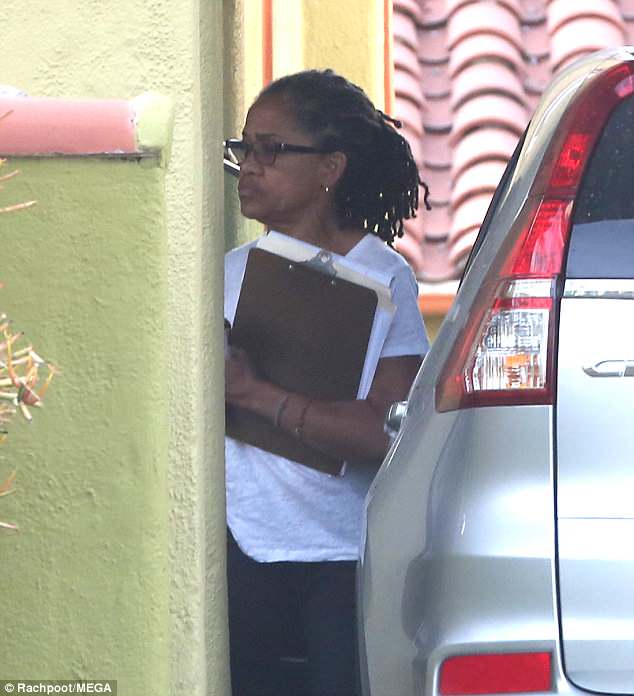 The peace offering comes as it was revealed that Meghan’s father had secretly collaborated with a British paparazzi photographer to stage a series of pictures – despite pleas from Prince Harry for the media to leave his future father-in-law alone.

Thomas, who will walk his daughter down the aisle at Windsor Castle on Saturday, was caught on CCTV willingly posing for faked photographs that were been sold to newspapers around the world. ‘Thomas is clearly trying to work his charm on Doria before the wedding,’ a source told the Sun.

‘With the eyes of the world on them both, it makes sense. There have been various squabbles in Meghan’s wider family, but her mum and dad have remained largely silent and both want to do their absolute best for her.’

After attending his ex-wife’s home, Mr Markle is believed to have returned his house in Rosarito, Mexico.

Ms Markle’s parents have yet to visit London yet even with the royal wedding only being one week away.

The Queen and Prince Philip will be visited by the couple days before the Windsor Castle ceremony.

Kensington Palace announced that Markle Sr would be walking Meghan, 36, down the aisle when she marries Prince Harry – ending months of speculation over whether he will attend.

Ms Ragland will also be at St. George’s Chapel for the nuptials and will travel to the picturesque 14th Century church in a car with her daughter on the day.

Last week Kensington Palace said: ‘It’s very important to Ms Markle that her parents have roles in her wedding.’

The 73-year-old has spent the past week making preparations for his trip to London, including getting measured for a suit and visiting a pharmacy in his adopted hometown.