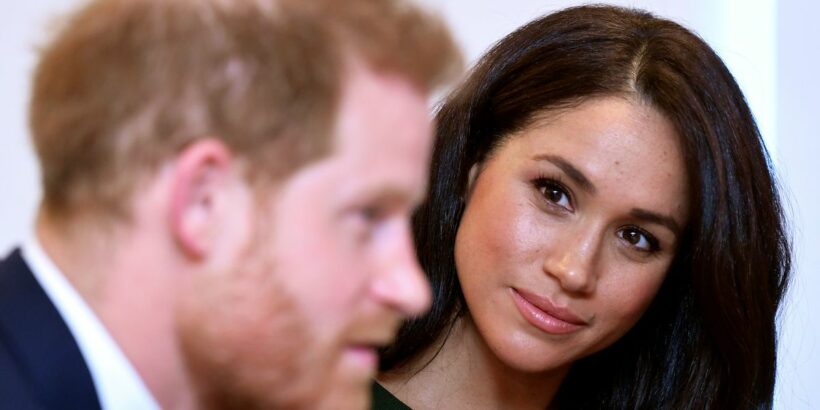 Meghan Markle may never return to the UK after her explosive interview with Oprah Winfrey is aired to the world, according to reports.

The Duchess of Sussex and Prince Harry's chat with the interview icon is due to air in the US on Sunday evening before it is shown on ITV in the UK on Monday.

In teaser clips released before the sit-down, Meghan is heard accusing "the Firm" of "perpetuating falsehoods".

According to reports, it has already left Prince William and Prince Charles feeling "saddened".

And now it has reportedly been suggested that Meghan may ever have the intention of returning to the UK.

An insider told TheSun: “It is astonishing that Harry had not told his father, his brother or his grandmother beforehand what was to be in the interview.”

Another added: “Everyone would welcome Harry back on his own. He is still Prince Harry.

“But after this interview you have to question whether Meghan has any intention in ever returning to Britain.

"Because it makes it impossible to sit down in a room with family and staff after you’ve done this Oprah interview.”

The Queen will reportedly not watch the interview.

But Charles and William are said to have been left upset with the decision to press ahead because they feel they have tried to heal the royal rift.

A source told DailyMirror: “The ­overriding feeling throughout this whole sorry saga is one where many people, especially the Prince of Wales and Duke of Cambridge, have been left immensely saddened.

“There is a distinct feeling inside the camp there must have been a better way to solve the issues by coming together, rather than the nuclear ­decision that has resulted in ­everything being discussed so publicly and without reason.

“When all is said and done, no one is likely to come off smelling of roses.”

Another source added: “The family do feel Meghan and Harry were given a lot of support, but of course ­questions will be raised as to what else could have been done to smooth the transition for them.

"A lot of the feeling is that Harry didn’t necessarily explain to her it was a marathon and not a sprint, before they both got totally carried away with thinking everyone was against them.

“There will always be a willingness to repair the relationships, even though they are pretty shattered, but first everyone needs to take a step back to try to understand why it came to this.”