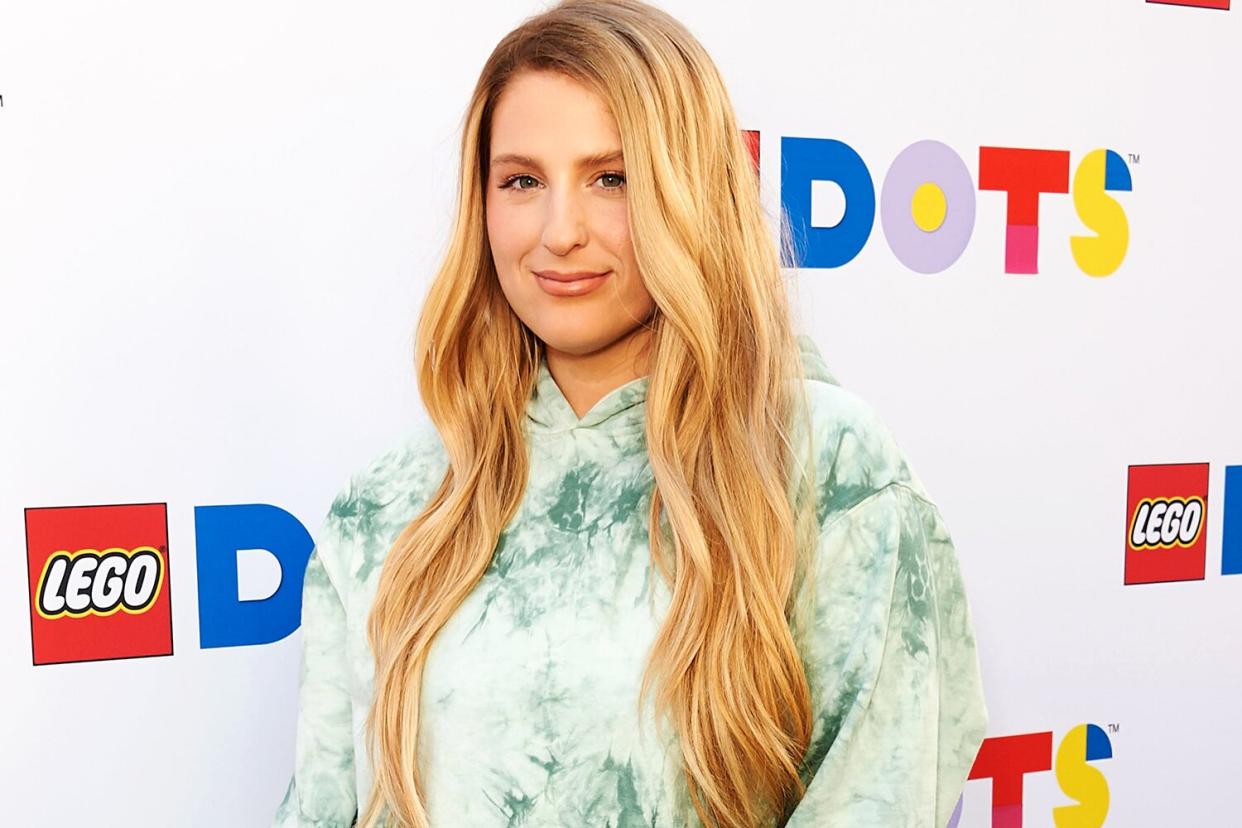 Meghan Trainor loves being a mom so much that she can’t wait to have more children.

“Hopefully, I’ll be pregnant,” the “Made You Look” singer tells PEOPLE exclusively of what’s on her dream board for 2023. “I’m trying to make four children, so I’ve got to get on it!”

Now settled into her role as a mom, Trainor, 28, who welcomed her first baby, son Riley, in February 2021 with husband Daryl Sabara, tells PEOPLE that motherhood makes her feel fearless.

“After having a baby, I was like, there’s nothing I can’t do,” says the singer, who also just launched a glowy new campaign with e.l.f. Cosmetics and The Weather Channel. “So now I’m just trying to knock off all my dreams on my dream list.”

One of those dreams is to dress Riley up in a variety of holiday-themed outfits this month. As a huge fan of the Christmas season — Trainor’s birthday is Dec. 22 — she likes to go all out, and this year, she’s not holding back.

Never miss a story — sign up for PEOPLE‘s free weekly newsletter to get the biggest news of the week delivered to your inbox every Friday.

“I got him eight outfits,” Trainor says of how she plans to dress up her son for family photos. “It’s tough finding cute boy outfits for Christmas. I wanted to make him a reindeer, but I cannot find that outfit yet. I want it to be cute, but also embarrassing, so one day he can look back, like, ‘Oh my God, how cute was I?’ I can’t wait.”

When Trainor gave birth to Riley via cesarean section, she had some moments where things got really hard for her, including medical professionals shaming her and working to overcome body image issues related to her scar.

Riley was constantly sleeping after his birth and Trainor previously told PEOPLE that she was made to feel like it was her fault.

“[Some medical professionals] were like, ‘Sometimes it happens,’ and then some nurses were like, ‘Well, it’s because you’re on antidepressants,’ ” she shared, adding that she experienced PTSD at night during this time. “And I’m like, ‘Yeah, but I’ve been told by others that it’s not that.’ “

“It was just really frustrating not having an answer,” the “All About That Bass” singer added. “Not having answers for why my kid didn’t wake up for a week was very frustrating.” 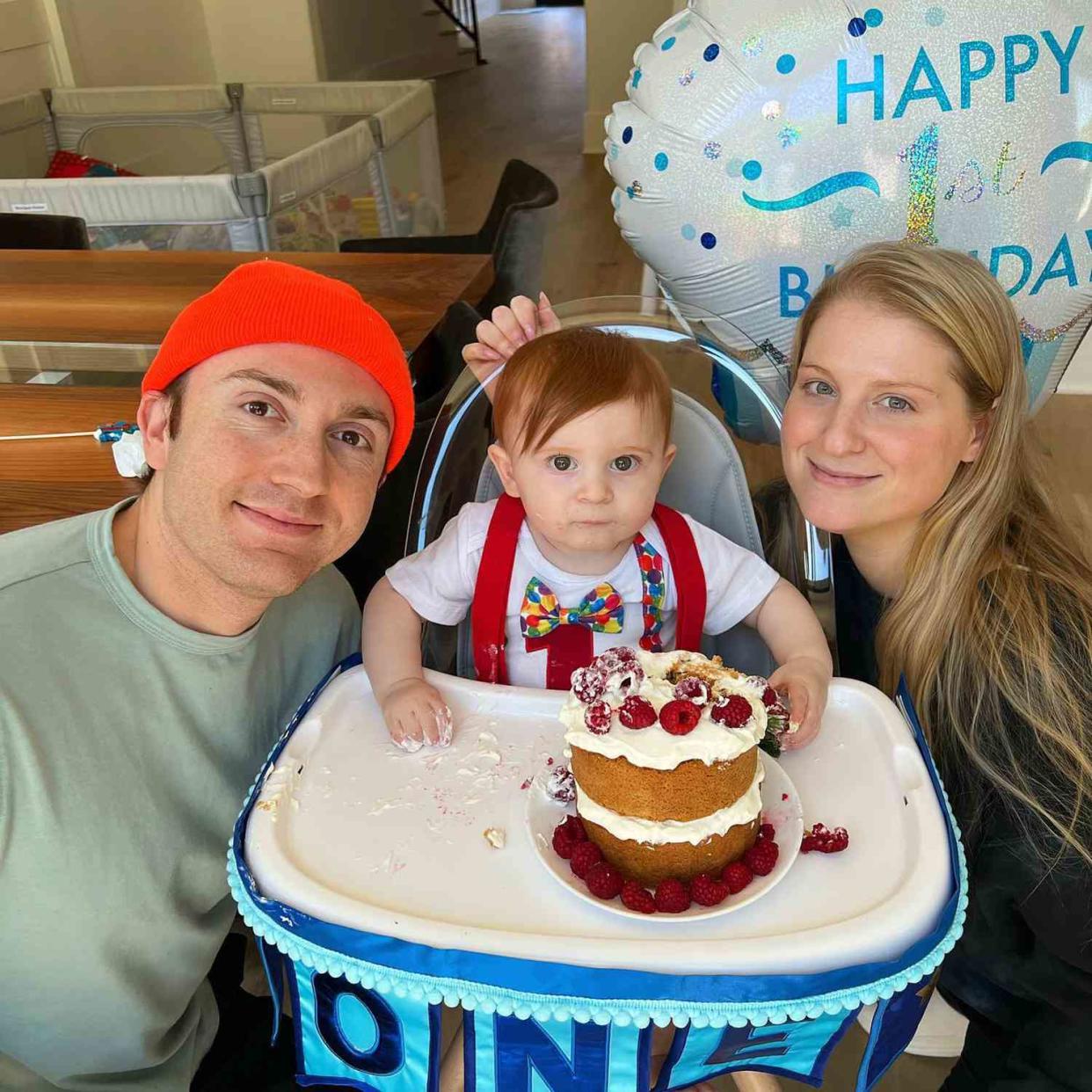 RELATED: Meghan Trainor and Son Riley Dress Up as Zookeeper and Lion in Cute Photos for Halloween

Making the situation even harder was knowing she wanted to get pregnant again soon and being worried she’d have some of the same traumatic experiences. She candidly shared, though, that she was seeing a therapist who was helping her work through it.

“It’s scary going into another pregnancy being like, ‘Well, I hope that doesn’t happen again.’ Do I have to change up my whole life? I don’t know,” she explained at the time. “So it’s infuriating.”

Things turned around for Trainor, though, who shared with Entertainment Tonight Canada in November that after being in that “dark” place, Riley motivated her to get herself into a “good” spot. The result was a weight loss of around 60 pounds.

“So I worked [out] every day and challenged myself. And I was like, ‘If I can survive a C-section, I can do anything.’ And I did,” Trainor said. “I was very dedicated and I started seeing the pounds come off one week at a time, one pound. I was like, ‘I’m fighting.'” 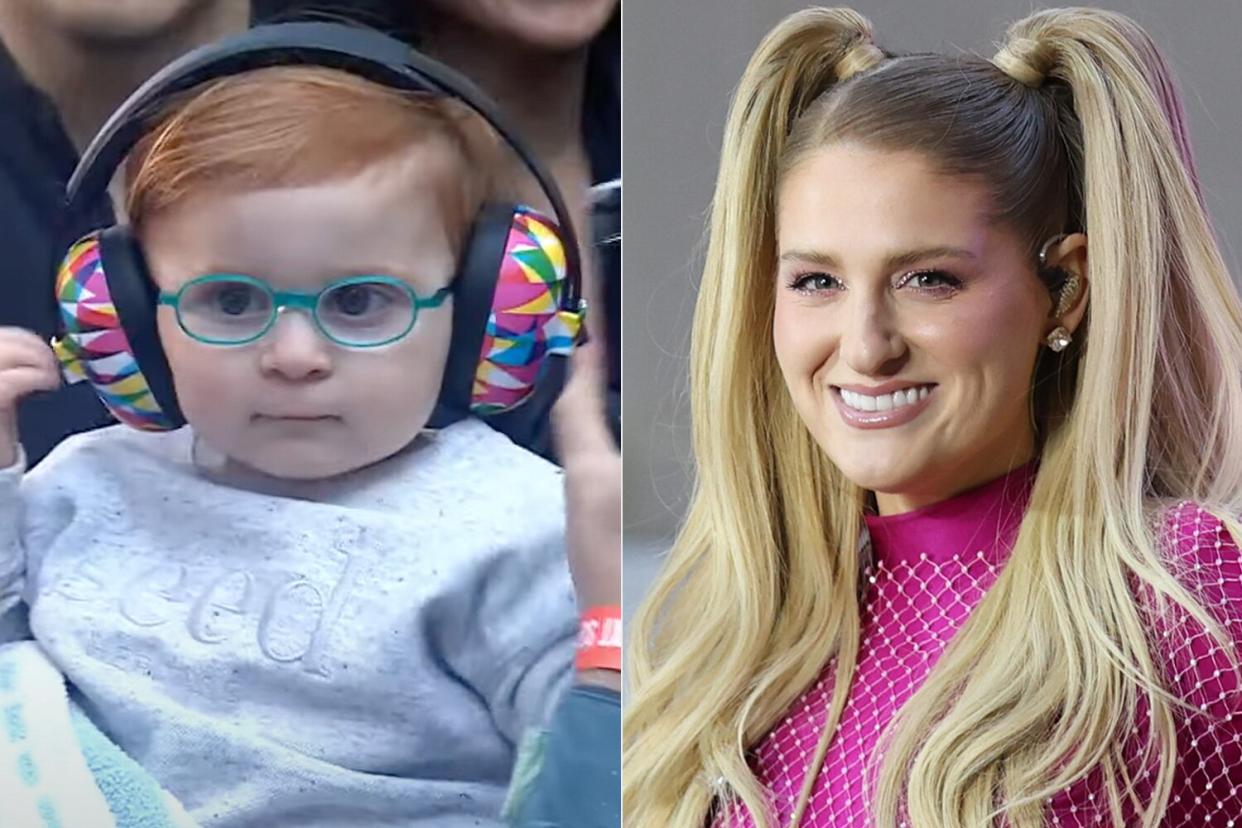 Riley continues to be a source of motivation for Trainor, who said on Today in October that every song she writes means more now because she wants her son to be proud of her.

“It’s the greatest thing in the whole world,” she said on the show of being a mother, while looking at Riley adorably wearing a pair of giant headphones in the crowd. “I look at him and I’m like, ‘Oh, I need three more,’ you know? You just want more of him.”