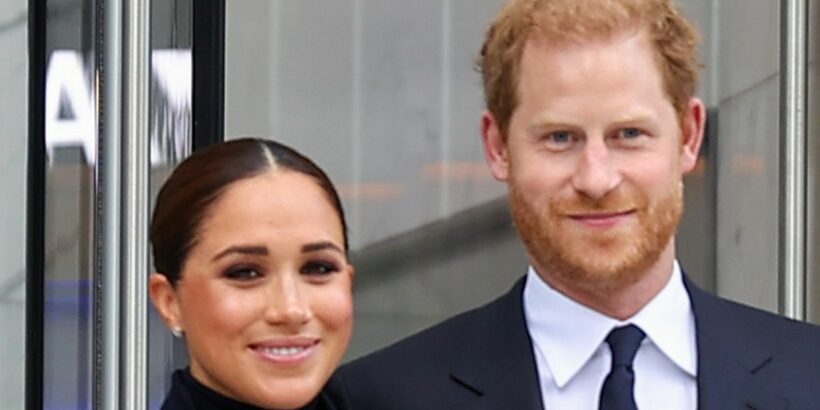 Meghan Markle is seeing the Netflix deal she signed with husband Prince Harry as a "special project" and an opportunity for a "biographical movie", claims an insider.

The Duchess and Duke of Sussex appeared in New York last week as their first big engagement since the birth of their daughter, Lilibet Diana.

Their non-royal official tour caused quite a stir where they were branded "out of touch" and "beyond greedy" as they travelled in gas-guzzling SUVs and private jets.

Some accused the couple, who moved to the US last March with son Archie, now two, of attempting to steal the stage.

They were also called 'hypocritical' for wearing expensive designer clothes and jewellery when visiting schoolchildren in Harlem.

However, royal fans of the pair have applauded their commitment to working on projects close to their hearts despite not being working members of The Firm.

Since the trip, one insider has claimed that as the Duke and Duchess try to provide Netflix with 'their money's worth' as part of the deal it could be a 'special project' for Meghan.

The source told Heatworld that the royal wants to use the upcoming movie as an authorised biographical movie of her life.

They said: “The network wants to get their money’s worth, but it’s also being archived, along with thousands of hours of other footage and items from Meghan’s life, covering her childhood, her acting career, her life inside the monarchy and now the current set-up with Harry.

"She refers to this as her special project, and it’s fairly common knowledge that she intends to use it to make a definitive, authorised biographical movie.

"Meghan’s a real squirrel – she collects everything – and that was the case from long before she met Harry.

"But what’s most important to her is keeping an accurate digital account of what she’s going through.”

Meghan, before marrying Prince Harry, use to run a lifestyle blog called The Tig where she wrote about food and lifestyle from meditation to travels.

There have also been unofficial biographies published on the royal, with Andrew Morton's updated book, Meghan: A Hollywood Princess which first appeared on the shelves in 2018.

The royal author has added six new chapters and delves into what inspired Prince William and Harry's infamous reported rift.

He claims Meghan and Harry were 'convinced' the royal family were speaking about them and used a 'code' to communicate, among other bombshell claims.

It's been a year like no other for the Queen from the loss of her husband to heartache over Prince Harry. But Her Majesty has also had a lot of cause for celebration, including the birth of baby Lilibet. To mark what a year the Queen has had, OK! Magazine is bringing you a limited edition collector's issue. Get your hands on it here.