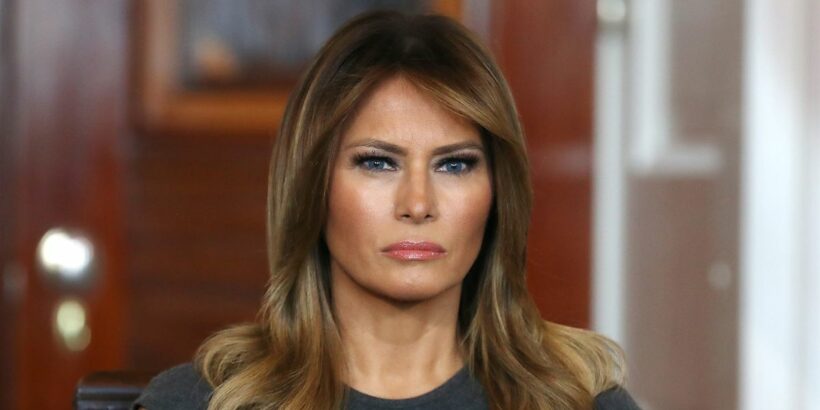 Melania Trump insisted on having handsome military aides escort her to enact revenge on Donald Trump when she was first lady, claims a new book.

Former White House Press Secretary Stephanie Grisham, who also served as the first lady’s press secretary and chief of staff, claims in her new book that Melania was fuming at Donald after the reports of his alleged extramarital affairs.

I’ll Take Your Questions Now: What I Saw in the Trump White House is expected to be published on October 5.

In an early copy of the book seen by The New York Times, Grisham writes: "After the Stormy Daniels story broke and all the allegations that followed from other women I felt that Mrs Trump was basically unleashed."

Both Grisham and Melania denied the reports at the time.

Now the author claims that Melania was furious, telling Grisham that she did not believe her husband's denials.

"Oh, please, are you kidding me? I don’t believe any of that," Melania reportedly said.

Grisham says the then first lady started cropping her husband out of social media posts, and always appeared on the arm of a handsome military aide to get back at Donald.

In June 2018, Melania famously donned a jacket emblazoned with the words "I Really Don't Care, Do U?" during a visit to a child migrant camp in Texas.

Grisham writes that Donald raged at her and Melania in the Oval Office, and said: "What the hell were you thinking?"

"You just tell them you were talking to the news media," was Donald's solution to the controversy, according to the author.

She went on to say that the first lady grew increasingly disinterested with her husband's political affairs, even sleeping through the 2020 presidential election.

Melania also allegedly chose not to make a statement on the day of the Capitol riot as she was too engaged organising a photoshoot of a rug.

Grisham resigned from the White House following the insurrection.

Melania's staff have said of Grisham's upcoming book: "It is an attempt to redeem herself after a poor performance as press secretary, failed personal relationships and unprofessional behaviour in the White House.

"Through mistruth and betrayal, she seeks to gain relevance and money at the expense of Mrs Trump."