France's first lady Brigitte Macron said Melania Trump is charming but is very constrained and can't even seem to go outside due to her role in Washington.

Macron opened up about the three-day Washington visit with her husband, French President Emmanuel Macron, and her time spent with her US counterpart in an interview with Le Monde. 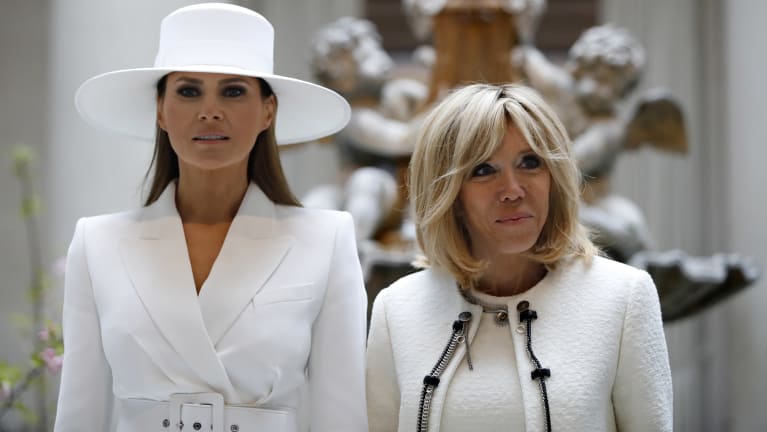 US first lady Melania Trump and French first lady Brigitte Macron visited a gallery together during the state visit.

Macron said Melania has a "strong personality" but is someone who "works hard to hide it," and her stern and sometimes sad appearances in public is "over-interpreted".

The French first lady said there is pressure all the time and she also has to "be careful what I say. I have the impression that every word is a word too many, I'm constantly holding myself back."

She said there's never a time when you can just relax as first lady or "when you can be completely calm". But, she added, she tries to live normally and doesn't feel like she's changed much. 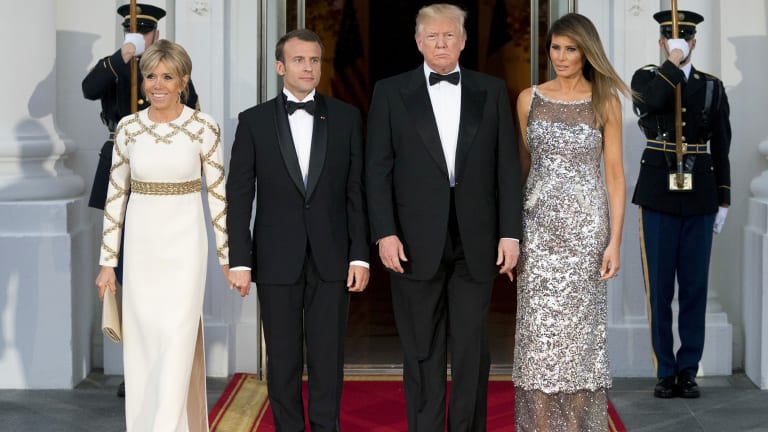 "I'm still the wife of Emmanuel Macron, not of the President. I don't feel like a first lady," she said.

During the three-day trip, she and Melania visited the National Gallery of Art and toured the paintings of French artist Paul Cezanne.

Meanwhile, Emmanuel Macron held closed-door negotiations with President Trump over everything from the US involvement in Syria to the fate of the Iran nuclear accord, which he believes Trump will pull out from.

He also spoke at a joint session of Congress and appealed to politicians to reject the President's America first policies and construct a "new breed of multilateralism" equipped to confront urgent global threats – from climate change to terrorism.

The White House also hosted a state dinner where Macron applauded the bonds between the US and France.

"May our friendship grow even deeper, may our kinship grow even stronger and may our sacred liberty never die," he said during the event.